I haven't read anything particularly great lately, but that doesn't stop me from reading.

But wow, there sure is some NOT GREAT stuff out there, isn't there? That's actually one of the reasons I'm so passionate about sharing what I read and find: I think it's hard work to parse through the filth to find the good. Sometimes it's just hard to wade through the mediocre to find the great.

Erin McCole-Cupp, who's also a contributor here at CatholicMom.com, had this great idea the other day, and the fact that she hashtagged it only made me love her more.

Are you tired of Catholic media telling you what not to watch or read but not giving any suggestions of what is worth reading?  Have you had it with struggling to find entertainment that doesn’t downright soil your mind, heart and soul?  Do you wish that Catholic media would spend less time complaining about the popular and scandalous and more time celebrating positive entertainment? 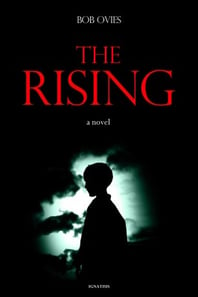 This is a book that really grabbed me, right from the start. I'm not giving anything away that's not already in the description: nine-year-old CJ Walker raises people (at first accidentally) from the dead.

Now, stop for a minute and think about that. This isn't a thriller. It's not a horror novel. It's a serious consideration of what that would mean for a normal kid and his family.

I couldn't stop thinking about this book the whole time I was reading it (which was admittedly longer than I wanted to be reading it, because I didn't have a full day just to spend with it). It's fast-paced and yet it has a way of getting into your brain and making you think. 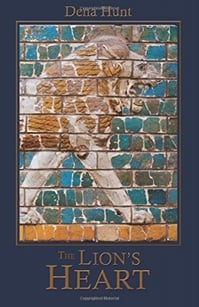 You don’t have to turn far to see a discussion of same sex attraction. It’s everywhere, and it’s heated wherever you turn. People who seem to be otherwise calm and orderly suddenly sprout extra appendages and the ability to use words you’ve never heard.

So I was interested to see a small publisher release a book early this summer tackling this topic. In 200 pages, The Lion’s Heart, by Dena Hunt, combined masterful storytelling with uncomfortable topic matter.

The story: Paul’s a gay guy, and it turns out that so is Max, though he doesn’t know it until he meets Paul. Wrench: Max is happily married. Another wrench: Paul is friends with the family.

Don’t roll your eyes yet, because I’ve not only oversimplified, I’ve also left out the excellent writing. This could be a terrible story (all the elements are there), but it’s truly one that was crafted. The reader isn’t just carried along, but has to do some thinking and concluding.

The premise of the book is the love affair between two men, but it’s about more than just what I think we’ve all come to expect. Instead of focusing exclusively on what’s wrong with these two men, Hunt explores the impact their adultery—because that’s what it is—has on their families and the people around them. She takes a theory that many of us have heard—that what we do matters to more than just ourselves—and weaves it into a reality that’s hard to deny.

This book grapples a topic that’s not only hot but that gets people hot. You’re probably not going to let your teen read it, but you should. This is an honest, candid, painful look at the humanity behind the terms that are tossed around. These characters are people, not numbers. They have depth and believability. They have problems that most of us are only spitting distance from having ourselves.

Hunt does what few authors are able to do, and even less do well, she leaves well enough alone and she leaves the reader alone to make some important decisions and conclusions.

This book is one of the most honest books I’ve read, and that’s what makes it one that I’ll share. It’s not pretty, it’s not easy, and it’s not lying. There’s no shying away from the pain for any of the characters, but there’s also a glimpse at what the beauty of love can really yield. And I don’t think it will make you roll your eyes.

The Watson Chronicles: A Sherlock Holmes Novel in Stories 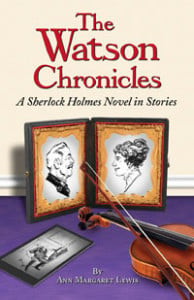 I discovered Sherlock Holmes in junior high, when The Hound of the Baskervilles was required reading. It wasn’t bad, as far as required reading went, and I faintly remember voluntarily reading a few books of Holmes mysteries in those years.

Fast forward to last summer, when I discovered, much to my chagrin, that one of the books hiding on my review shelf was a book of Holmes goodness by a modern writer who captured my imagination a few years ago.

In this delightful collection, Ann Margaret Lewis steps away from Holmes and focuses the attention on Watson.

And what a character she paints, while she’s weaving in the delightful mysteries throughout. Watson Chronicles is filled with masterful writing and expert storytelling. Lewis introduces new characters and has an overall story that ties the chapters—which all could be independent mysteries—together quite nicely.

Holmes works through some of his issues, we find out what a family man Watson is, and we meet another Holmes (who I’m quite fond of). There are wonderful pen-and-ink illustrations throughout.

This wasn’t just a good read, but a book to share and keep on the “gifts to give” list. 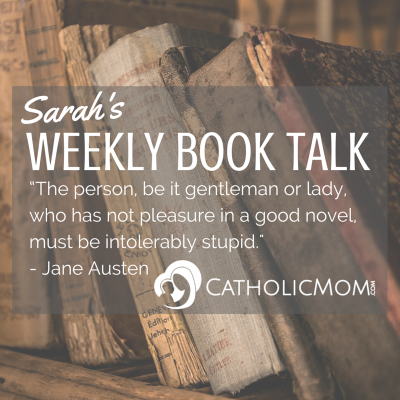 I Am Margaret, by Corrina Turner (fiction, UnSeen Books, 2014)

It is finished. I heaved a sigh, my friends, because this book was an investment. It picked up and moved quickly in the final third -- and that's not to say the book was slow-paced, but more that I found it difficult to read. The dialogue felt stilted to me, though that may be as much taste (the author is British, I think) as anything else. I also felt like this book lacked something, but for the life of me, I cannot tell you what. I suspect, because I've found this to be true over and over in my reading and writing travels, that it needed another round of edits and tweaks to really tighten it up.

That said, it's a heck of a story and a concept that's chilling and all too realistic. This is a novel about dignity and life and courage. It's also about love and there's even some humor.

Not a bad read, all in all.

Basketball for Dummies (3rd Edition), by Richard Phelps (For Dummies, 2011)

I have spent the last two months in and out of gyms, listening to the buzz and squeak and thunk that happens during basketball games at a variety of levels. I've cheered and puzzled and felt the kicking of the future player within. (He is ALWAYS AWAKE at basketball games, no matter what time they are!)

I've found out, this year, just what a guy I married. And sitting there at all these games, with my girls and my boy and my husband and lots of other fans, I've realized how very little I know and understand about this game.

The time when I have my questions is right during the games.I know better than to ask my husband during the game: I can tell that it's just not  the time. Keeping a notebook of questions isn't going to happen when I spend at least a portion of every game in the bathroom with someone and then when that someone wants to color in the notebook.

I've also found, much to my frustration, that I don't have the vocabulary to ask what I need to know. I don't know the questions.

So the other night, sitting at a game where I was particularly frustrated and couldn't explain why (I knew something was wrong with the play...not only could I sense it in the crowd around me, but, well, it just didn't seem right), I pulled the trigger on this book: it was available electronically from the library.

What's been REALLY delightful is that it's written well. Not only am I learning about basketball, but I'm enjoying the reading! Now, whether I'll be able to take what I'm learning and apply it to the games I watch in the future remains to be seen...

This is the third book in a series, though I didn't realize that when I agreed to read it for possible review. As it turns out, I read the second book, Death of a Liturgist, back in 2011 and I really enjoyed it.

So far, I'm enjoying this book too. I'm only a few chapters in, but it's good to have a novel in the currently reading pile.

Still reading about justice. Still putting this off and then diving in and reading pages and pages at a time to catch up. Still enjoying it far more than I expect to. :)