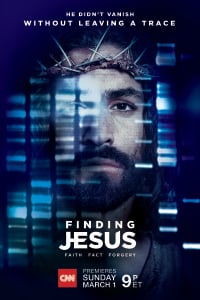 You've probably caught the commercials or maybe even seen some of the episodes for CNN's interesting new show Finding Jesus: Faith, Fact, Forgery. Today, we're happy to share a recent email conversation with one of the show's contributors, Dr. Mark Goodacre. For more information on Finding Jesus, visit CNN or the show's Facebook page. Lisa

Q: Dr. Goodacre, thank you for your time and participation in this interview. Please begin by briefly introducing yourself to our readers.

Many thanks for inviting me to talk to you. My name is Mark Goodacre. and I’m a professor of Religious Studies at Duke University. I am originally from the U.K., but I love living here in the USA. I’ve been in North Carolina for ten years and Duke is a great place to teach and research. The main focus of my work is the New Testament and early Christianity. 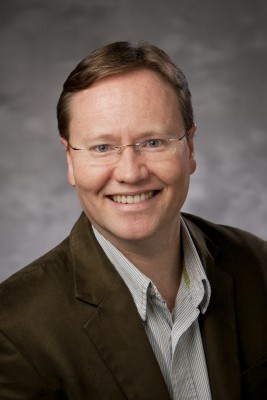 Q: How did you become involved in CNN's Finding Jesus: Faith, Fact, Forgery series? Please share a bit about the premise for this show.

I’ve been working with a great team in London (Nutopia) since last summer. As a consultant, my involvement is basically to chat to the team about the episodes and to take a look at scripts and to answer any questions that they put to me. One of the things that I really liked about the series from the first was that it had a genuinely fresh and interesting way of looking at the historical Jesus. A lot of documentaries go for the sensational in the attempt to attract viewers (Jesus’ tomb has been found! Jesus has got married to Mary Magdalene again! You know the kind of thing). But this was a fair and balanced approach, and I really liked the idea of treating a different character in each episode by means of exploring a different historical artifact in each episode.

Q: Your commentary figures prominently in the show's first episode on the Shroud of Turin. I was fascinated by the multi-faith perspectives as well as the archaeological information shared in the show. What are the merits of this type of conversation for the viewer to relate to the topics being discussed?

I appreciated the producers’ attempts to be fair and balanced about an issue as controversial as the authenticity of the Turin Shroud, even though I am a sceptic. I think there is no chance that it is authentic, but I understand that there are many who feel passionately about the topic. It’s interesting that I have had more correspondence about this topic than about anything else connected with the series, so it is clear that there are many who dearly wish to believe that this is the burial cloth of Jesus. I understand their passion. As a child, I was fascinated by the Turin Shroud and was excited by the possibility that it might put us in touch with the historical Jesus. But when the science does not line up with our dearly held hopes, we have to swallow hard and face up to the reality of what I think of as a reluctant skepticism. 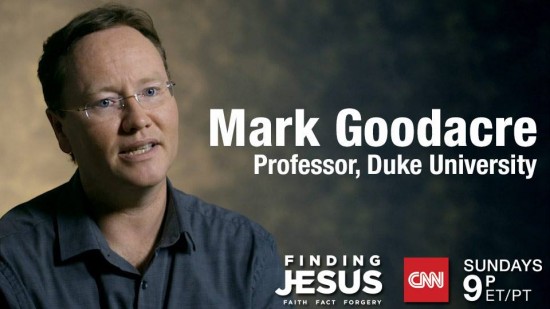 Q: Some parents may feel that certain portions of the reenactment scenes dealing with Christ's passion and death are too graphic for younger viewers. How would you say that these sends lend to the overall message of the program?

One of the difficulties with reflecting on Jesus’ Passion is that it was a gruesome and appalling death. Any representation of the Passion has to make decisions about how much or how little it represents of that appalling reality. Some feel that Mel Gibson, for example, went too far in The Passion of the Christ. On the whole, I think that Finding Jesus gets the balance about right. It evokes elements in his Passion that are relevant to the discussion without going too far. And the programs go out at 9 p.m., which in the U.K. we regard as the TV “watershed,” after which viewer discretion is advised.

Q: Not having seen all of the series episodes, I'm curious as to how the question “Faith, Fact or Forgery” will be resolved in the end. Obviously, you can't share too much on that, but please do share how being a part of this program has been impactful for you professionally, personally and spiritually.

Well, I like the fact that there is that fine alliteration! But more seriously, I think there is a good balance here between artifacts that are unlikely to be authentic and artifacts that have a better claim to antiquity. The series has helped me to think through the way that some Christians have become devoted to some of the objects covered. That’s a useful reminder for someone like me who is in a Religious Studies department and who attempts to approach all of this material from a detached, historical perspective.

Q: How might viewers prayerfully include this series in their Lenten journey?

This is a tough question for someone like me who discusses this material from an academic perspective, but I would encourage people of faith to use what they learn to provide some deeper engagement with the Biblical texts. Some Christians can be afraid of academic study, as if it might attack their faith. But there is a long tradition of academic study being at the heart of a strong Christian faith, and I think Christians should not be afraid of embracing good scholarship. It can be liberating.

Q: Thank you for your time and participation. Are there any additional thoughts or comments you would like to share with our readers?

I would just encourage everyone to keep an open mind. The value of a series like Finding Jesus is not only in educating us about things we did not know about but also in broadening our horizons and encouraging us to do our own study following on from the stimulation the series provides.

Togather: A Fruitful Mealtime Game for Busy Families
Read
A Father's Day Tribute to the Dads of CatholicMom.com
Read
Does Oversharing Online Scar Our Kids?
Read