Editor's note: We are always happy to help spread the word about films that may hold an interest for our readers. While I have not viewed this one personally, it looks quite promising! Learn more here. Lisa 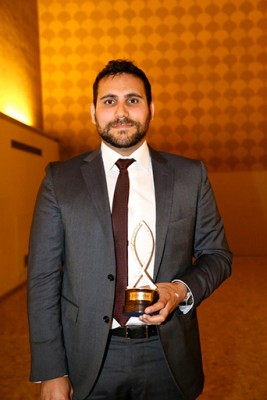 Director pablo Moreno at the 2014 MIrabile Dictu International Catholic Film Festival award ceremony. The award is given under the high patronage of the Pontifical Council for Culture. Image courtesy of Little Flower Fund, used with permission.

Boston, MA – The 2014 Mirabile Dictu award-winning film Un Dios Prohibido has won the inaugural Tuscany Prize for Film and is now slated to arrive in North American theatres this year through a partnership with Little Flower Strategies and Tuscany Films, the newly founded Catholic film company that has acquired the rights.

“Un Dios Prohibido or Forbidden God is one of the most compelling stories of religious liberty, faith, freedom, and love ever to hit the Big Screen,” notes Victor Pap, Managing Partner of Little Flower Strategies. “We’re excited to bring this film to North American audiences and offer parish communities, ministries, and non-profits to utilize the film as a vehicle to raise awareness about their own missions.”

Directed by Pablo Moreno, the 2014 feature film centered on a band of Claretian seminarians completing their education amidst the civil chaos that led to the rise of the Spanish dictator, Francisco Franco, Forbidden God explores the choices the faithful must make and their consequences.

“The real beauty of Forbidden God is its powerful portrayal of individuals, their motivations along with their struggles,” said Peter Mongeau, founder of Tuscany Films. “The film captures age-old dilemmas that speak to the challenges we face: ‘What is my calling in life—What does God really want me to do?’ It’s a film that speaks to everyone particularly in an age when religious freedom is threatened—our hope is to entertain as we educate and evangelize.” 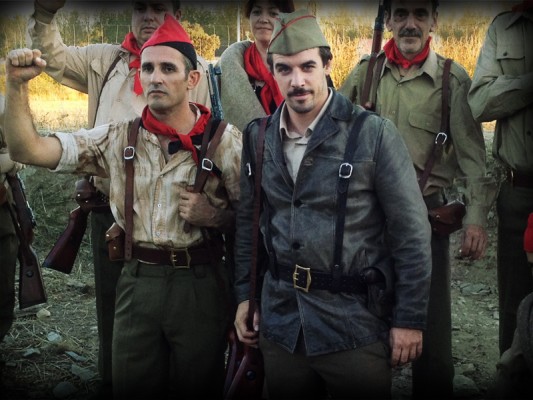 Jacobo Muñoz poses as the leader of the local militant uprising. Image courtesy of Little Flower Fund, used with permission.

Before the film can arrive in theatres, one final financial hurdle must be overcome: a crowd-funding campaign to pay for the final technical costs associated with the project. The campaign is live at www.FlowerFund.com/ForbiddenGod. 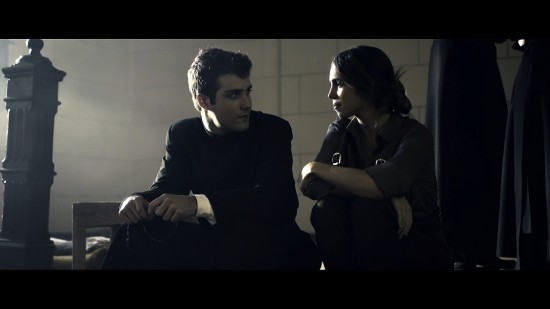 We’ve been extraordinarily blessed to secure the financial commitments for two thirds of this project,” notes Mr. Pap. “But there’s a tremendous amount of technical work involved in making this film cinema-ready and that includes dubbing, editing, and creating a format compatible with industry standards. The campaign will pay for the very last of these costs and allow us to bring this powerful film to every major city in North America.”