A Name by Any Other Spelling 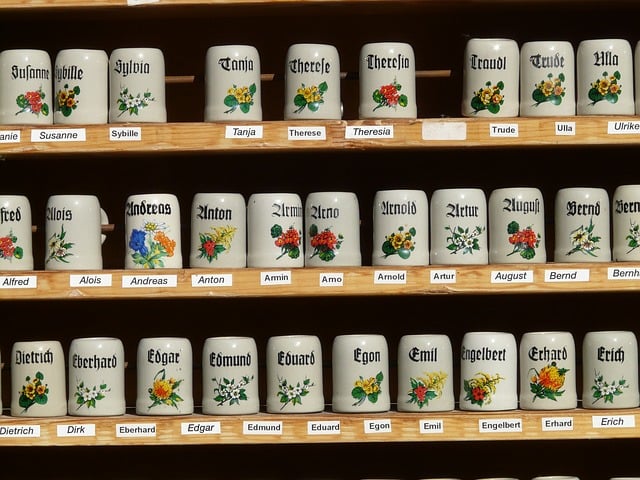 I wrote this on the feast of St. Joseph, so he was on my mind, that just man entrusted with caring for Our Lady and Our Lord. Because of him, and also because of family connections, my husband and I considered Joseph for our third son before we decided to give it to our fourth. When we were first thinking of it, when Number Three was on his way, we considered spelling it differently—Jozef or Josef—because I’d seen Pope Emeritus Benedict’s pre-papal name spelled one of those ways somewhere (a later internet search only revealed the Joseph spelling for Cardinal Ratzinger, so I’m blaming mama brain for any inaccuracies in my recollections).

Anyway. We did consider one of those spellings (I can’t even remember which), but when we got to Number Four we had abandoned the unusual (in English) spelling for the usual, and all has been fine, and I’m very happy with the spelling Joseph.

All this remembering got me thinking about spellings of names, and how spelling really really makes a difference to me. Does it to you? I mean, on the one hand, in day-to-day life, the spelling of one’s name barely matters. You hear what you hear, and who cares if your best friend’s name is Kelly or Ckelleigh? It all sounds the same, and that sound is what you associate with your best friend, and it’s a pleasing sound because of it.

But we’re not an audio-only society, and the visual adds a whole dimension to names, doesn’t it? For example, I’m not a huge fan of the name McKayla. I can definitely see its appeal—it’s kind of cool and kicky with the Mc- beginning; it’s got an Irish feel, it’s got a surname feel. The Kayla part is pretty and feminine. Put cool and kicky with pretty and feminine and it’s sort of obvious why it’s spread like wildfire all over the country in recent years. It’s just not my style, for whatever reason. But you know what name I really love? Michaela. Or Micaela. I’m good with either of those spellings. Guess how I pronounce Mic(h)aela? Exactly like McKayla.

Off the top of my head, other names that have totally different feels for me based on their spellings are:
John and Jon
Julia and Giulia
Sara(h) and Sera (like Serafina) and Serra (like Bl. Junipero)
Dominic and Dominick
Juliet and Juliette

And not only do the names have different feels for me based on their spellings, but I get a different impression of people themselves based on the spelling of their name (before I get to know them. After that, I find spelling doesn’t influence me in regards to how I feel about them one way or the other). If I was reading over two résumés, one for a Jon and one for a John, I’d have a totally impression of each, exclusively based on the spelling of their name. (Not that there’s anything wrong with Jon or John, or any of the other spellings I listed above, I’m just commenting on the workings of my often-strange mind.)

All that said, I will admit to being a sucker for an unusual spelling if it’s chosen for a good reason—it was the spelling used by Grandpa Tomas or Grandma Merry, for example, or, going back to Joseph, it was the way St. John Paul’s pre-papal Polish middle name Józef was spelled. I might be more inclined to put a name with a rarer or more unique spelling in the middle-name spot, but, no matter what, the connection to a beloved someone would always make me smile.

What about the rest of you? Do you find that knowing the spelling of a name influences how you feel about either the name and/or the person with the name?

Five Ways to Fill Your Own Bucket {While Raising Small Kids}
Read
Little Marys: A New Perspective for the Year of Mercy
Read
A Vacation Survival Guide for Catholic Moms
Read