Last month I wrote about girl names that are unmistakably Catholic, a topic which was inspired by a name consultation I did for a family who wanted others to hear their daughter’s name and “just know she’s Catholic!” Today’s the boys’ turn!

I asked my readers for help, and between us we came up with this list of names that we think come across to most people as unmistakably Catholic:

, via Wikimedia Commons
And these are names that ARE very, traditionally Catholic, but I don't think they're as obvious to as many people as the above names because they have decent usage in other areas:

Then there are those that are too unfamiliar to the general population to be understood as Catholic, even though their usage is almost if not totally exclusively so, like:

One thing that one of my readers noted is that “most Catholic boy names are usually only obviously Catholic in clusters,” and another agreed, saying that “a little Thomas might not mean much, but if his brother is Peter? Catholic!” She also added that “anything ‘double’” has a very Catholic feel, like John-Patrick and James Michael (when the boy is called by both names together). 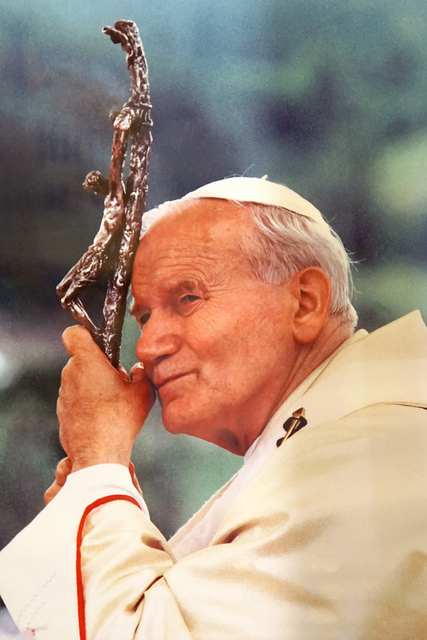 Of course, it’s totally fine if you don’t want your kiddos’ names to smell of incense! But if you do, the names on these lists are probably your best bet.

Do you agree with these lists? What names would you add?