A Love Story for the Whole Family: "Old Fashioned" on DVD! 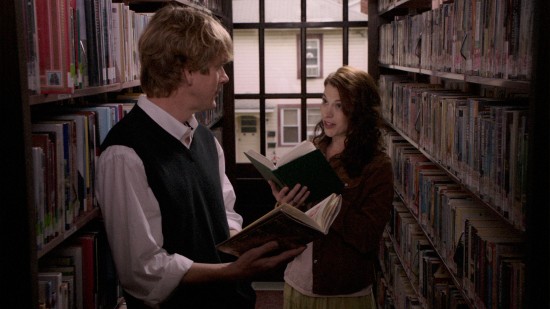 My kids loved watching the romantic film Old Fashioned with me, and my daughter Maria keeps begging me to watch it again in our next family movie night. I was excited and honored to be a supporter of the film when it was released in theaters this past February, and I'm eager to announce its June 16 release on DVD.

Chivalry really makes a comeback in this movie, which shows the healing power of true love and respect. One of my favorite lines (and my daughter Maria's favorite as well) is "The world has enough greatness and not enough goodness."

One reviewer of the film disagreed strongly with the message of this quote, arguing that God is both great and good (and incidentally claiming that Christian movies in general are "painfully bad"). That review has been making me mad since I saw it several months ago, so I wanted to explain why it's so wrong-headed.

True, God is both great and good, but too many people choose "greatness" over God. God's definition of greatness is just not the same as ours, and oftentimes you don't get to pick both. God, who could have come to earth as a Roman emperor or dynastic king, instead chose to veil his glory behind the guise of a poor peasant. He remains with us even today under the guise of a small piece of bread nestled within a tabernacle. As St. Josemaria wryly quipped,

That big young man wrote to me saying: “My ideal is so great that only the sea could contain it.” I answered: “And what about the Tabernacle, which is so ‘small’ ...? (Furrow, no. 486)

We are foolish when we think our own greatness can eclipse God's goodness. Strong-willed people with a drive to greatness have to remember this most of all, since they're assaulted with fierce temptations to pride. The movie reviewer thought that goodness wasn't a high enough goal, that goodness comes in second place to greatness. But the essential paradox of Christianity is that greatness is hidden in the ordinary things, the little things, the everyday things like the love between a man and a woman.

The story of Old Fashioned tells us that the moral choices we make in our day-to-day relationships are what define us as great or not. What better lesson can we teach our children? So, get the Old Fashioned DVD and watch it with the whole family. You won't regret it!

Here at CatholicMom.com we're running a giveaway: 3 winners will receive a copy of this DVD! Enter here!