Just Released: DVD of 'Fatima' - Win One of Five Copies!

Enter to win a copy of the newly released 'FATIMA' DVD.

Experience the astonishing story of three children whose shared spiritual visions heralded a miracle and has inspired millions in Picturehouse’s FATIMA, the uplifting and historical drama based on the captivating story of one of the Catholic Church’s most fabled places of pilgrimage. Filled with timely themes of faith, hope and resilience, the film is available to own for the first time on Digital on October 13, 2020 and on DVD on October 27, 2020 from Universal Pictures Home Entertainment. Depicting the events leading up to the astonishing phenomenon in Portugal, “The Miracle of the Sun,”

FATIMA’s release on Digital coincides with the 103rd anniversary of that incredible event which took place on Oct 13, 1917. Packed with bonus features, the Digital and DVD versions of the film showcase extras, including a special look into the recording of original song, “Gratia Plena,” from legendary tenor Andrea Bocelli and written by Paolo Buonvino, the film’s composer, along with never-before-seen content, including featurettes and interviews with the cast and crew that take audiences behind the scenes of the compelling story about faith and the enduring power of the human spirit. 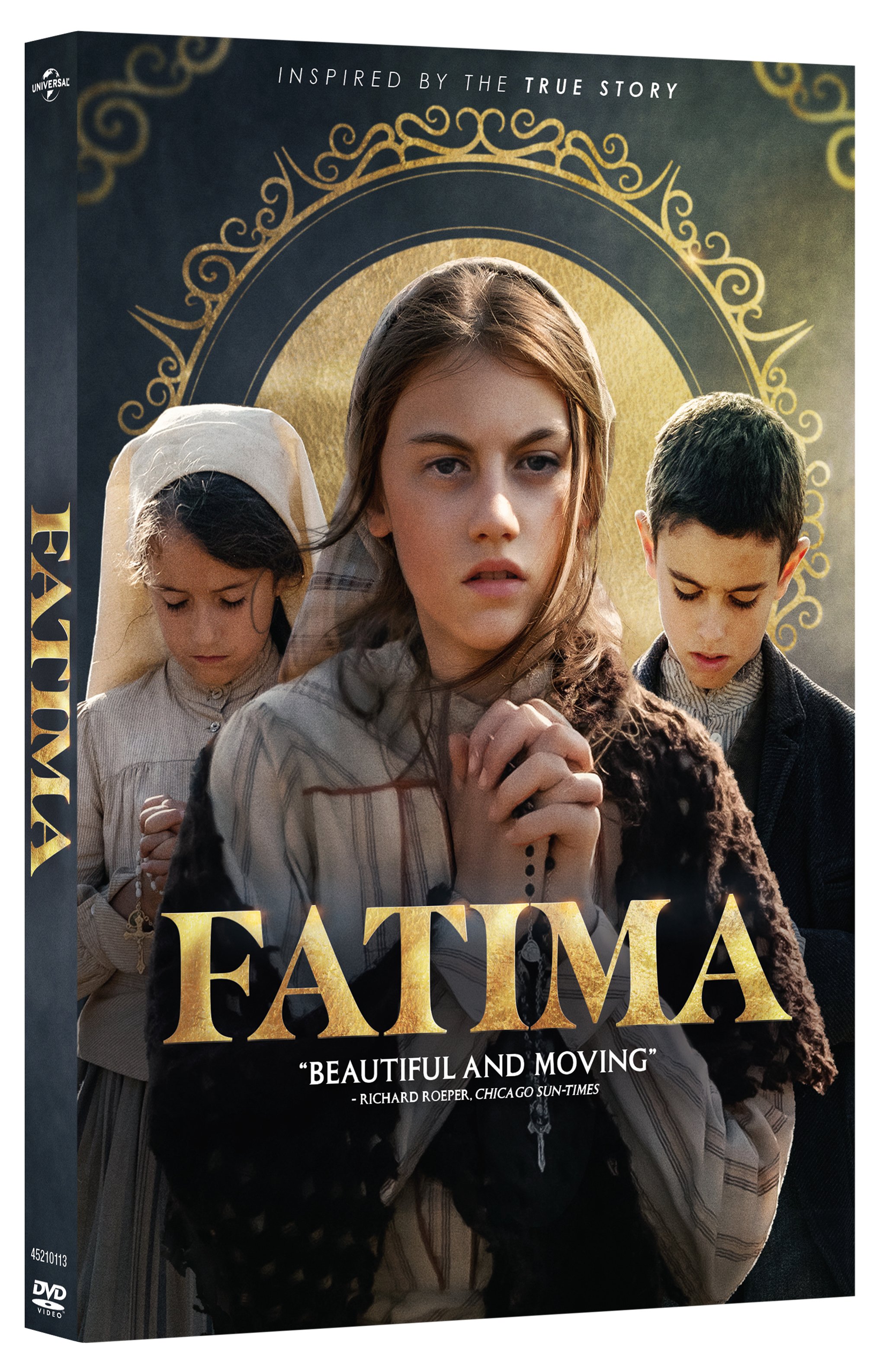 In 1917, outside the parish of Fátima, Portugal, a 10-year-old girl and her two younger cousins witness multiple visitations of the Virgin Mary, who tells them that only prayer and suffering will bring an end to WWI. Word of the sighting spreads across the country, inspiring religious pilgrims to flock to the site in hopes of witnessing a miracle. Inspired by real-life events and starring Goran Višnjić (Beginners), Joaquim de Almeida (“Queen of the South”), Stephanie Gil (Terminator: Dark Fate), Lúcia Moniz (Love, Actually), with Golden Globe® nominee Sônia Braga (Aquarius) and Academy Award® nominee Harvey Keitel (The Piano), FATIMA has been hailed by critics as  “beautiful and moving,” (Richard Roeper, Chicago Sun Times) and is an uplifting story about the power of faith. Directed by Marco Pontecorvo (“Game of Thrones”) with a script from Pontecorvo, Valerio D’Annunzio (“Il Restauratore”) and Barbara Nicolosi (In Memory), FATIMA also features two songs from the world-renowned Italian operatic tenor and Grammy Award®-nominee Andrea Bocelli. The songs, “Gloria” and lead single “Gratia Plena,” which is a brand-new original song composed for the movie by Paolo Buonvino, are also featured on the film’s soundtrack album, which debuted at retailers nationwide on August 28, 2020.

BONUS FEATURES on DVD AND DIGITAL:

FATIMA will be available on DVD and Digital.

Would you like to win a copy of the FATIMA DVD? We have five copies to give away to readers in the US. To enter, leave a comment answering this question:

This giveaway will close at 11:59 PM Eastern on Monday, October 19. Five winners will be randomly selected from all comments on this article and will be notified by email. Winners will have 48 hours to accept their prize; unclaimed prizes will be awarded to alternate winners. This contest is open only to readers within the US.