"Seventeen prominent Cardinals from around the world address problems concerning marriage and the family in a series of new books prepared in advance of the October Synod on the Family." This is how the three books Ignatius Press has recently released are being billed. We have a lot of ground to cover today, but I believe these three books should be read together. So without further ado, let's dive right into the reviews! 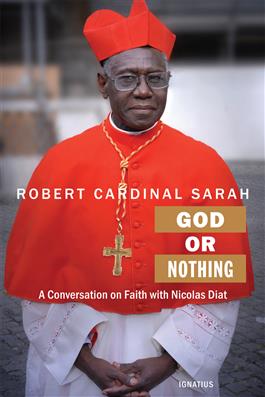 God or Nothing is an interview of Robert Cardinal Sarah conducted by Nicholas Diat. Cardinal Sarah is a Guinean Cardinal Prelate and Prefect of the Congregation for Divine Worship and Discipline of the Sacraments. He was previously Secretary of the Congregation for the Evangelization of Peoples and President of the Pontifical Council Cor Unum (Human and Christian Development). He was born in 1945 and entered seminary in 1957. Yes, you read that right. He entered the seminary at age 12. He was ordained to the priesthood in 1969 (age 24), consecrated a bishop in 1079 (age 34), and created a cardinal in 2010 (age 65) by Pope Benedict XVI. Not that I had any doubts in Pope Benedict, but he made a wise choice picking Robert Sarah to become a cardinal.

In the beginning of this book Cardinal Sarah discusses his childhood and village, how his ancestors were all animists, and the missionary priests of the order of the Holy Ghost Fathers and the impact they had on his village and him particularly. He also discusses the nurturing of his vocation and what put him on the path to priesthood. After background on his early life and ordination in the priesthood, we learn about his further studies in Rome, which included Latin, Hebrew, Greek, and Aramaic. By studying these languages he felt, he was able to read and better appreciate Scripture and commentary texts in their original languages. I agree wholeheartedly with him, and it makes me wish I had more of an ability to picking up foreign languages. The really interesting chapter to me was his opinion on all the popes during his lifetime, which so far spans Pius XII to Francis. He was honest in the distress he felt when Pope Benedict XVI resigned, but after a few days, he came to acceptance of the decision, because he knew it was a decision the former pope did not make on his own, but with the guidance of Jesus.

The above paragraph only covers the first three chapters of the book. The rest of the book is where you will find the wisdom of a pastor. He discusses issues facing the world, issues facing the Church, how Christianity and morality align, etc. I found myself nodding along with everything that Cardinal Sarah said, and I am truly grateful that he is one of the leaders of the Church, and I am pleased that he has so strong a voice at the ongoing Synod. May more Cardinals be as bold and honest as him, when they speak the truth in love on who the Church is and what she believes. 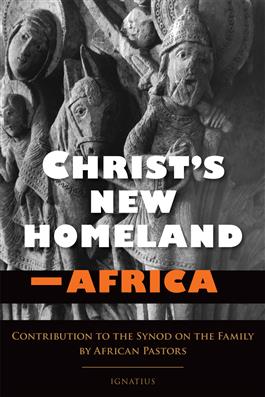 After reading God or Nothing, I turned my attention to Christ's New Homeland - Africa. This book contains a series of articles written by African cardinals and bishops, which include Robert Cardinal Sarah, Francis Cardinal Arinze, Christian Cardinal Tumi, Theodore Cardinal Sarr, Archbishop Samuel Kleda, and several others. The book itself is divided into the following three parts and epilogue:

1. The Synod on the Family: From One Assembly to Another
2. The Gospel of the Family
3. Pastoral Care of Families that are Hurting
Epilogue: An Appeal from the Church in Africa to the State

Part One rehashes the Extraordinary Synod that took place in 2014; defined the purpose of the synod that is occurring now (2015); and also explained specific paragraphs of the 62 paragraphs, which are guiding the Synod. There is also an African take on Instrumentum laboris, the document which will serve as the basis for discussion at the Synod. Part Two talks about magisterial teaching on marriage and family; the indissolubility of marriage; what makes a marriage; and how to promote good marriages. It was especially interesting to read some of the unique struggles faced in Africa, such as Islamo-Christian marriages and indissolubility. Part Three's aim is pastoral care for people dealing with separation, divorce, and remarriage. It also discusses ways to try and spread monogamy in Africa and ways pastors can care for those in interfaith marriages, as were outlined in Part One.

There were six key points on marriage outlined in this book that I found central to the core message of this book:

1. Marriage exists to bring a man and woman together as husband and wife to be father and mother to any children their union produces.
2. Marriage is based on the truth that men and women are complementary.
3. Marriage is society's least restrictive means of ensuring the well-being of children.
4. Government recognizes marriage because it benefits society in a way that no other relationship does.
5. Government can treat people equally and respect their liberty without redefining marriage.
6. Redefining marriage would further distance marriage from the needs of children; deny the importance of mothers and fathers; and weaken monogamy exclusivity, and permanency. It would also threaten religious liberty.

I applaud the African Cardinals and Bishops for standing up so firmly for what the Church teaches, and I wish other Cardinals and Bishops would follow suit. They may refer to themselves as the Young Church, but I think they are showing more maturity and wisdom than the Old Church in Europe. It does give me hope though. If this is the present and future of our Church, we are in good hands! 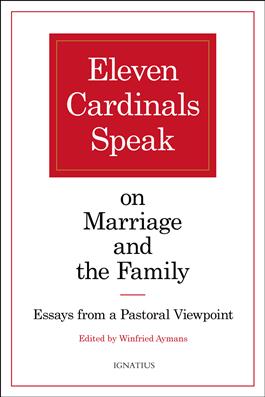 Eleven Cardinals Speak on Marriage and the Family is a 150-page book of essays written by eleven different cardinals, including Robert Cardinal Sarah, who has been featured in two other recently released Ignatius Press titles. The essays present topics such as "Mercy and Conversion," "Marriage and Family." and "Pastoral Challenge for the Church to Set Out on the Journey of the Third Millennium." It is really tough to review essays, so I am just going to provide you with excerpts from some of the essays.

"Mercy without (any requirement for) conversion is not divine mercy. It is the mistaken pity of an incompetent and/or weak physician who contents himself with bandaging wounds without treating them." - Carlo Cardinal Caffara

"The sense that the family, properly understood, is disappearing is therefore to a large extent the result of the distance between the real world and the virtual world constructed by the media, although it must not be forgotten that this virtual world has a powerful influence on real behavior." - Camillo Cardinal Ruini

"If Christ alone reveals the truth about man, then in rejecting him we lose the meaning of human nature. Sin mars the face of man. Now Christ came not only to save us, but also to repair what sin has broken, to snatch man away from all that disfigures hum, so as to restore to human destiny all its breadth and fullness." - Robert Cardinal Sarah

The book is concise but dense. However, the Cardinals do a masterful job of demonstrating that doctrine and pastoral care are not opposed to each other, but instead operate hand-in-hand. This was easily the most challenging of the three books, but it was also the most rewarding.

There is less than a week left with the Synod. Let us pray our leaders listen to the guiding of the Holy Spirit, and stand true to the teachings of the Church.

If you’re interested in purchasing this book, consider stopping in at your local Catholic bookstore first. It’s also available online, and if you use our Amazon link, CatholicMom.com gets a small percentage of the sales.