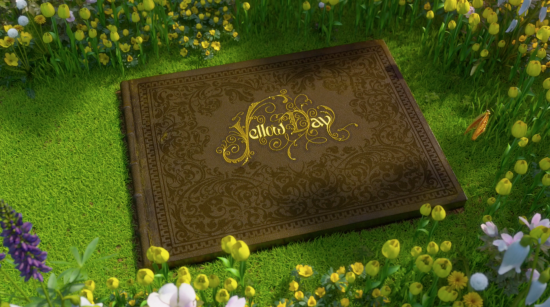 I was recently given the privilege of watching the film Yellow Day, which is scheduled to release on Christmas Day. The film is a beautiful journey both spiritually and cinematically. I really felt like there were 2-3 story lines depicted in this film, but the story weaves together to show how various people's paths cross.

The film combines live action with a mystical cartoon, to tell the story. It begins with a cartoon fairy tail about a man and his search for love. Upon finding his love, he suffers great loss and darkness but finds light and grace through turning to the Lord. The man chooses to honor his love by opening a camp for children who have endured or are enduring suffering in their lives. The story behind and about the camp could have been a story in and of itself, but again it's woven into the journey of characters from other story lines. The movie also takes us on a journey of "A Good Man," as he's referred to by the narrator of the film, who has various encounters with a young woman and upon forming a relationship with her, quickly loses her. The Good Man begins a search for his love which takes the moviegoer in and out of reality and the mystical cartoon fantasy. I found the cartoon parts especially powerful in telling a story and at bringing the audience into the emotionalness of the situation.

As I have a Master's degree in Film Production, I sometimes find it hard to get sucked into a film, as I'm too busy critiquing the production level and quality. While some of the acting left me unsatisfied, the various story lines and crossover between live action and mystical cartoon kept me hooked and wondering what would happen next. 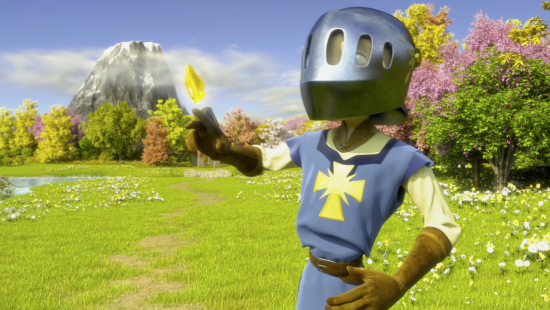 The film is rated PG and because of the references to darkness and the suffering endured by the children at the camp, I would recommend it for a more mature audience. That said, the story of hope, grace and endurance is well worth the viewing of Yellow Day. I highly encourage our readers at catholicmom.com to make sure they don't miss this beautiful film. Opening Christmas Day, this film will provide a heartfelt testament to the power and grace given to us by the Lord.

For more information about the film and to view the trailer, check out the film's Facebook page.