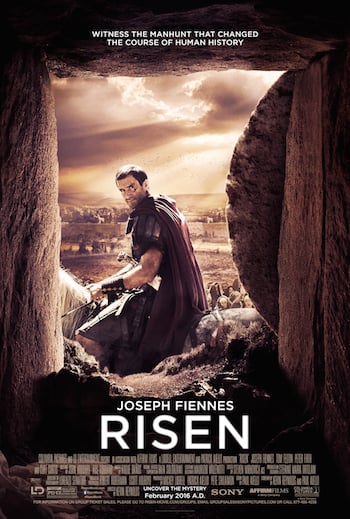 I recently had the opportunity to learn more about a new movie that I know you're going to love in this New Year! When it releases on February 19, RISEN will definitely be one you'll want to see. While I can't give my full review quite yet, I'm happy to share the brief endorsement I wrote for the film:

Captivating from its opening action sequence to its compelling climax, RISEN ranks among the very best movies of any genre I've seen this year. This is a movie that will challenge your previously held assumptions about Christ's life and resurrection and leave you anxious to discuss what you've witnessed, to study the original source material and, if you're a person of faith, to share your beliefs in a bolder fashion. Fantastic portrayals, a sweeping score, expansive attention to historical detail and stunning cinematography make this a sure bet for 2016.

At the screening I attended, I interviewed two of the actors from the film. The following video includes my conversation with Tom Felton who plays the role of "Lucias" in the film. I know you'll recognize Tom from his role in the HARRY POTTER films. He was incredibly gracious with his remarks.

To get you up to speed on the film, here's the official trailer and an overview:

RISEN is the epic biblical story of the Resurrection and the weeks that followed, as seen through the eyes of an unbelieving Clavius (Joseph Fiennes), a high-ranking Roman military tribune. Clavius and his aide, Lucius (Tom Felton), are instructed by Pontius Pilate to oversee the execution of Jesus of Nazareth, and to ensure that his radical followers don’t steal the body and claim resurrection. Despite the tomb’s protection by Roman guards, the body goes missing within days. Clavius is charged to locate the missing body in order to prevent an imminent uprising in Jerusalem. Only by finding the remains of Jesus can they disprove the rumors of a risen Messiah, allowing Rome to retain control of Judea. Along Clavius’ mission, however, his doubts of such a supernatural occurrence begin to fade as he encounters the apostles and other followers while piecing together the mysterious events that unfolded after the Crucifixion.

We're fortunate to have a few photos from the film to share with you: 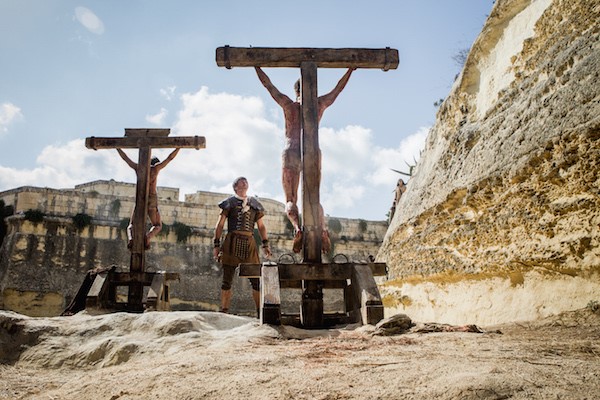 Jesus crucified along with other convicted criminals in RISEN, in theaters nationwide, Feb. 19, 2016. Photo: Columbia Pictures 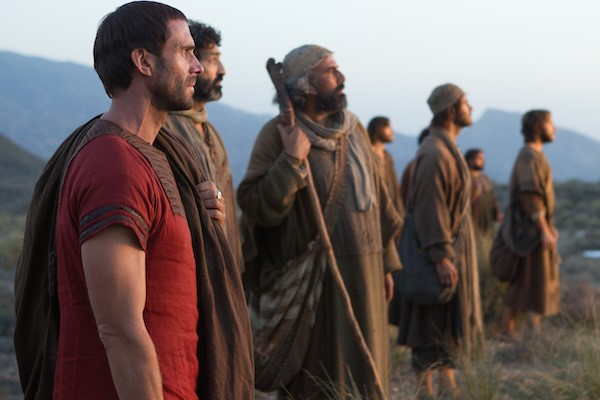