Marriage: No Room for Imposters 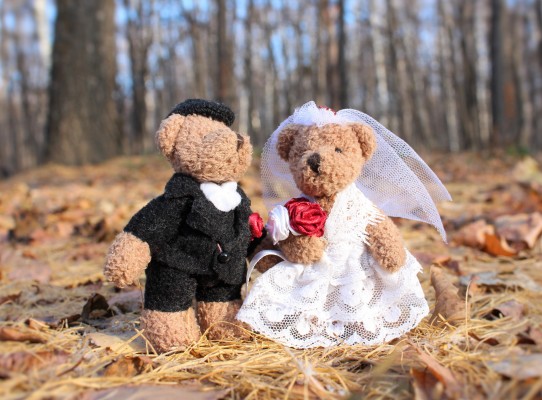 Image via Morguefile.com (2015). All rights reserved.

Marriage is marriage is marriage. And same-sex unions are not. That’s hard for Catholics to accept sometimes. Even if we have no relative, friend, or neighbor involved in a same-sex relationship, being against such activities portrays us as close-minded and hateful. We are neither. We are Catholic.

While the rest of the world thinks making friends with the pro-same-sex crowd is a Christian thing to do, we must always remember that following Christ and his Church is the real Christian thing to do. Yet, we are not convincing the masses. The Church has not been able to stem the tide against traditional marriage in such places as the United States and the once-very-Catholic Ireland. Even many Catholics are ignoring her teachings.

“Many are saying the Church is dead or on life support,” Fr. John Riccardo, pastor of Our Lady of Good Counsel in Plymouth, MI said during his Sunday homily on the heels of the Supreme Court’s ruling to legalize same-sex marriage. It would seem, he said, that while not dead, perhaps the Church is sick and hemorrhaging. But like the woman who hemorrhaged for 12 years and only needed to touch the cloak of Jesus to be healed, according to Fr. Riccardo, we too need Jesus because he is the answer, not an answer, and he is the truth, not a truth.

“But before we go out and tell people this, we must be convinced of it ourselves first,” he said.   “That means asking ourselves what does it mean to be Catholic during these times?” He recalled that in the Gospel of John, many followers of Christ turned away when his teachings on the Eucharist became too hard for them. Jesus then turned to his apostles and asked, "Are you going to leave me also?" Peter answered, "Lord, to whom shall we go? You have the words of eternal life."

In the Church’s teaching on marriage and in all things, Fr. John stated that Jesus has the words of eternal life and he is the only real remedy in the world. “Are we disciples of Jesus or not?” he asked. “Are we fans or are we followers? Do we happen to believe a few Christian things or do we really believe Jesus? Have we for real, put him first? Are we really convinced that the Gospel is more, and not less; that it is a better way to live?

“Times are going to get hard for those who are disciples of Jesus.” Fr. Riccardo said. He warned that we are going to suffer, in lots of ways, for being on the wrong side of history.

"We are going to learn in this country, perhaps for the first time, that there is a cost for discipleship and the cross is real, and that it’s heavy,” Fr. Riccardo said. “The temptation in the days ahead is going to be cowardice. We are probably going to get smaller. But we don’t hate; we love. We love the Lord with our whole heart, mind, and souls, and we love our neighbor as our self. And because we love our neighbor, we preach the Gospel, in its entirety; in season and out of season; convenient or inconvenient.”

During this time, according to him, we must understand what it means to truly be Catholic. To understand what it means, he explained that when someone wants to come into full communion in the Church, he must be wiling to state with conviction: “I believe and profess all that the Catholic Church believes, teaches, and proclaims to be revealed by God.”

Fr. Riccardo closed by asking: “Which one will we be? Will we be the crowd, or will we be Peter? Will we stay close to Jesus always? May God give us the courage to do so.”