A Mother Forgives Murder Through Mercy 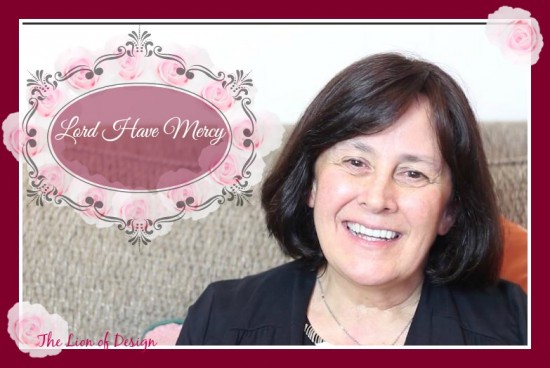 Be merciful, just as your father is merciful.

I can do that, right? I can forgive the small injustice inflicted upon me from day to day? Maybe not so much the reckless imbecile who cuts in front of me on the highway when I'm taking my kid to school. Maybe not the judgmental lady in the store who criticizes our family in public. But certainly I will be prepared to live that scripture passage, if and when the time comes...right?

The sad thing is that more accurately when I read this passage, I am thankful for the many ways it will benefit me. Particularly, when I am in the greatest need of mercy from others, I know that anyone who truly wants to be a "good" Christian will have the impossible task of living up to the father's mercy, and that mercy will of course benefit me.

But am I not also called to be merciful to others? After all, the scriptures were not written as a way for the rest of humanity to know how to treat me. The commandments were not written for everyone other than me. Sheesh, even Peter could not understand how Jesus could ask him to forgive the sins of his brother as many as seven times. But to our great dismay, Jesus does not dispel the outrage of Peter. Rather, he expounds it to "seventy times seven" times!

Rachel Muha is the face of God's mercy for me. She did the unthinkable. She forgave the unforgivable. And beyond that, she actually prays daily for those who have so grievously trespassed against her. Rachel Muha refused to allow her suffering to turn into hatred.

The video I'm about to share with you is truly incredible, albeit difficult to hear. Rachel's deep peace is evident, even as she sorrowfully recounts the hardest moments of her life; the moments when she discovered that her 18-year-old son Brian had been murdered, during his time studying at Franciscan University of Steubenville.

The Muhas purchased the house where their son and his roommate were living when the murder occurred, and donated it as a free place for priests to live while studying at the University. This was their way of transforming the bad done there into good. From now on, Mass will be celebrated at the house, and it will be a place of prayer.

Justice is replacing the good that they took out of the world by their evil actions.

Rachel's story is just one of the many, beautiful and powerful witnesses of mercy, that are part of the Catholic Conference 4 Moms. IT'S NOT TOO LATE! REGISTER NOW!

Forgiveness
Read
To Forgive or Not to Forgive
Read
CC4M: "Suffering, Forgiveness and Mercy - How God Can Turn Evil to Good"
Read