Five Ways to Pray the Rosary 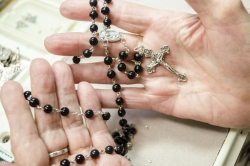 "We need to attach ourselves to the rosary like a rope that is held by the hand of Mary and then, we climb upwards, toward heaven!” Blessed James Alberione

Brother John M. Samaha, of the Society of Mary, writes that the most likely pre-Christian ancestor of rosary beads originated in the ancient East. The English word bead derives from the Old English noun bede which means a prayer. The Desert Fathers of the third to fifth centuries used pebbles to keep track of the one-hundred-fifty psalms or to count the number of times they prayed the Jesus Prayer. The invention of the prayer rope is attributed to Saint Pachomius in the fourth century.

Following the Crusades, the Rosary found its way to the West, and the prayer form kept that name. “Rosary” comes from the Latin rosarium, which means a rose garden. Saint Dominic and his companions spread this devotion so that the Rosary became a popular method of prayer in the West during the Middle Ages.

For Christians, the rosary has always been “the Gospel strung on beads.” Blessed James Alberione wrote, “The rosary is a short theology if it is considered as a whole; it is a summary of the catechism… One could also call it the little theology of Jesus and of Mary. Together with the truths of the faith is interwoven the life of Jesus, the life of Mary.”

[Tweet "For Christians, the rosary has always been “the Gospel strung on beads".”]

Dominicans still follow the medieval custom of beginning the Rosary like the Little Office of the Blessed Virgin Mary: “God come to my assistance. Lord make haste to help me.” When I entered the convent this was the way we began the rosary. The Dominican Rosary prayed in a group is done in two choirs, as when praying the Divine Office.

Promoted by the Servite Fathers, the Servite Rosary is a Chaplet of the Seven Sorrows of Mary. consisting of seven sets of seven beads. While the Franciscan Crown is focused on the seven joys of Mary, the Servite chaplet is focused specifically on the seven sorrows. The word chaplet comes from the French word for Rosary. The term has become associated with specific prayers to Mary, Jesus, or the saints using fewer beads than a traditional Rosary and a different set of prayers.

The Queen of Apostles Rosary

My religious order, the Pauline Family, prays the Queen of Apostles Rosary. It is a Rosary that exemplifies the Marian Devotion of our founder Blessed James Alberione. “Mary is Queen of Apostles because she was chosen to be the Mother of Jesus Christ and to give Him to the world; she was made the Apostles’ Mother and our own by Our Savior on the cross; she was with the Apostles while awaiting the descent of the Holy Spirit, obtaining for them the abundance of supernatural graces they received on Pentecost.” The Queen of Apostles Rosary is a meditation on the first Joyful Mystery, the fifth Sorrowful Mystery, and the third, fourth, and fifth Glorious Mysteries.

Originally the selection of 150 prayers for the Rosary was determined by the number of the Psalms in the Psalter. St. John Paul added the Mysteries of Light to the traditional fifteen decades. “I believe that to bring out fully the Christological depth of the Rosary it would be suitable to make an addition to the traditional pattern which, while left to the freedom of individuals and communities, could broaden it to include the mysteries of Christ's public ministry between his Baptism and his Passion.”

Living the Mysteries with Mary

“Mary,” wrote Blessed Alberione, “lived out all these mysteries. She participated in the mysteries, and her prayerful reflection allowed her to draw out the vital meaning of the mysteries.” He invites us to “set devotion to Our Lady as a seal upon your whole life, that is, to live in such a way that she is always before you, presiding over your studies, your spiritual work, your apostolate: that she be always present in your entire life.”

What is your family Rosary tradition? 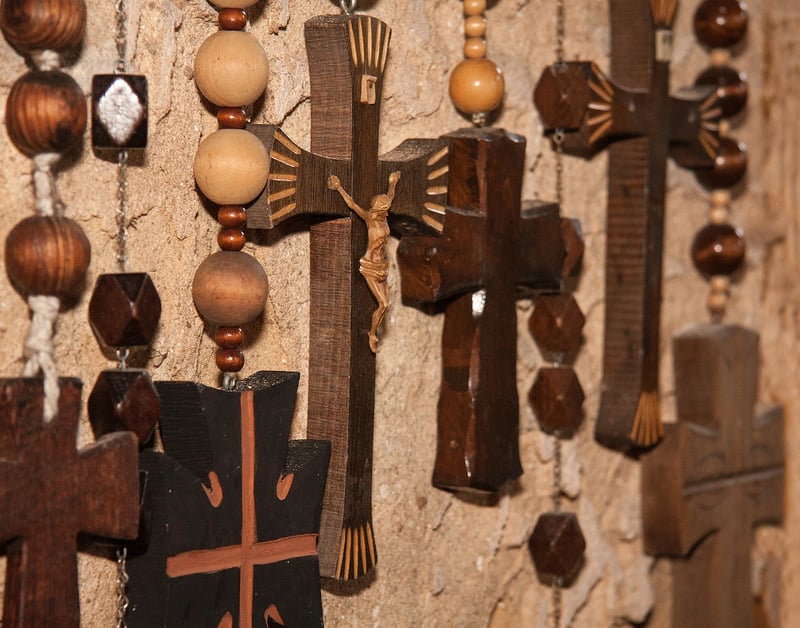