Tech Talk: Running from the Undead

Two years ago, I started Couch to 5K, kicking off a new past time for me: running. I have had ups and downs, and even when I kind of fell off the running wagon, I still considered myself a runner. This year, two years to the day from when I first did C25K, I started that program again with the hopes that I would be able to get back into Easy 5K Shape again. Then, on a whim, I decided to have a run streak. I ran every single day in June, plus walks with my family and our dog. 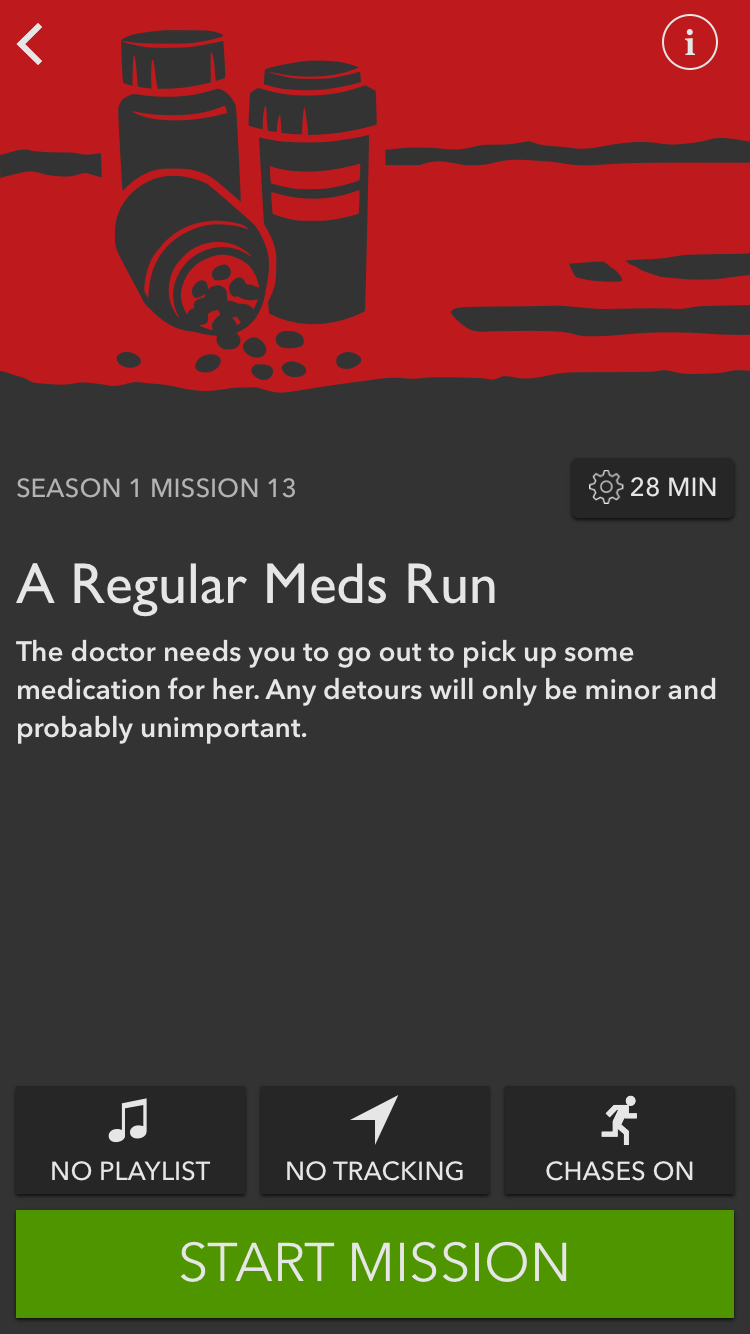 During the month, between C25K workouts, I wanted to do something different. Some days I simply went for a quick run around the block (1.6 miles), but other days, when I was feeling good, I played along with a running app called Zombies, Run! In this app, which doubles as a game, you listen to a serial story about an area in the UK that has small, walled-off towns trying to survive after the Zombie apocalypse. You are a part of the story, though, starring as Runner 5. Your mission is to go out and collect supplies for your town, Abel Township, that will help people survive. You listen as you're guided through forests and abandoned buildings, always working to avoid zombies. (Naturally, you don't actually go in the directions anyone is talking about in the story. Just run your normal route.) You can choose the general length of time your missions will last within mission settings, and whether or not the mission story will interrupt your music. (If it doesn't, the mission will last a little longer as you run out the song.)

Now being out for a run while using this app isn't the interesting part. The interesting part is when the zombies come at you! According to settings that you control as to frequency, you might hear "Zombies approaching" as you run along. When that happens, you need to pick up your speed for a certain amount of time so the zombies don't catch you. The percent increase in speed is also controlled by you. I have my frequency set low (twice/hour) and my increase set low, too (15% increase). As you try to outrun the zombies, you also hear them breathing behind you, getting closer and closer until you turn on the speed and get away! 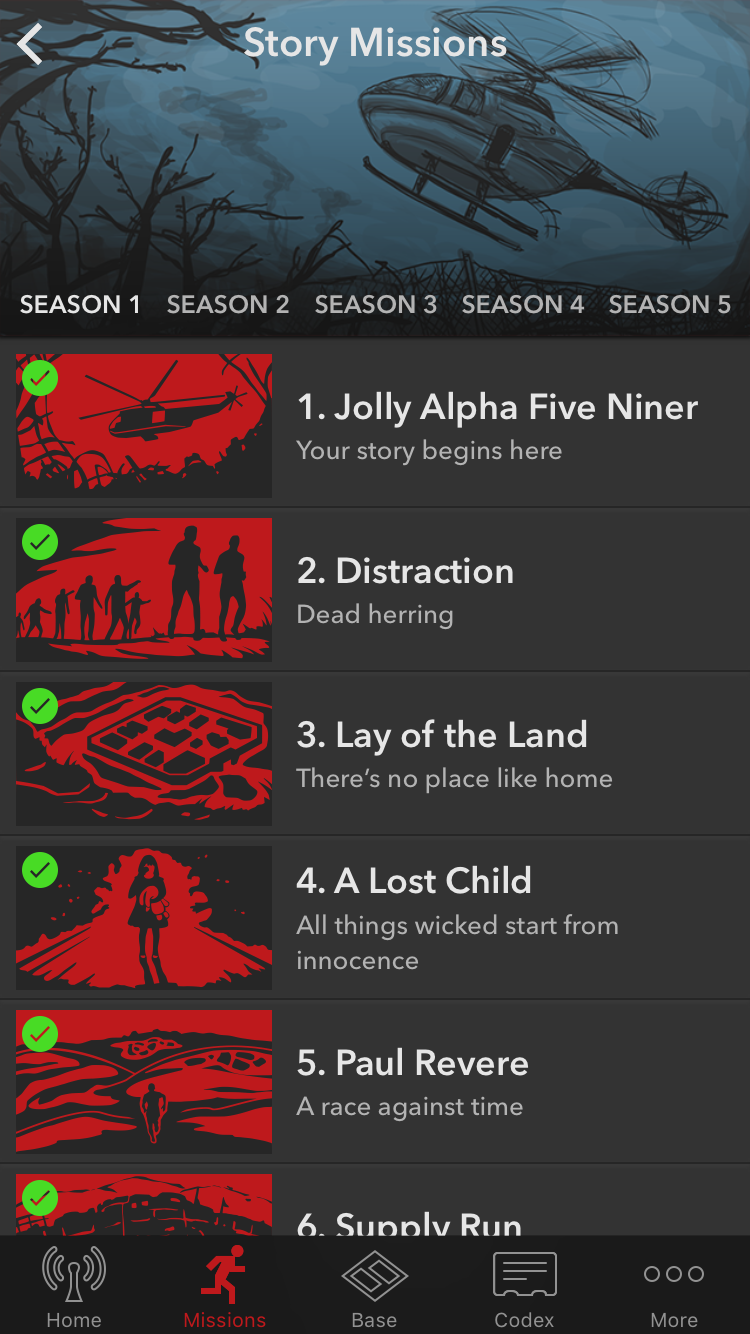 In addition to the story missions, there are other ways to use the app. There are training plans for everything from a 5K to a marathon; an airdrop mission where you can select a real-world place to run to (and back); supply missions with unlimited times where you pick up supplies for your township; interval training runs with sprints, walks, and runs mixed in; and a race setting with a choice of six races between 5K and 20K. You can also choose to simply listen to Radio Abel and run to your own music for fun. Then, if you're really into base-building games, you can use your supplies to build up a physical/virtual base within the app. In other words, there is plenty to do aside from just go out for a run. You can use as much or as little of the app as you'd like.

The serial story has recurring characters and leads you on a quest to discover why the Zombie Apocalypse happened, as well as attempts to find a cure for it. It's interesting to listen to as you go along. I like to use the story times when I'm listening to the radio chatter for walking intervals when I'm out. Caveat emptor: There are some aspects of the story line that might be offensive to some. There is a gay couple that figures prominently, and, as with most science fiction these days, the idea that anyone might have a religious faith is not one that's included. But overall, it's just an interesting storyline. 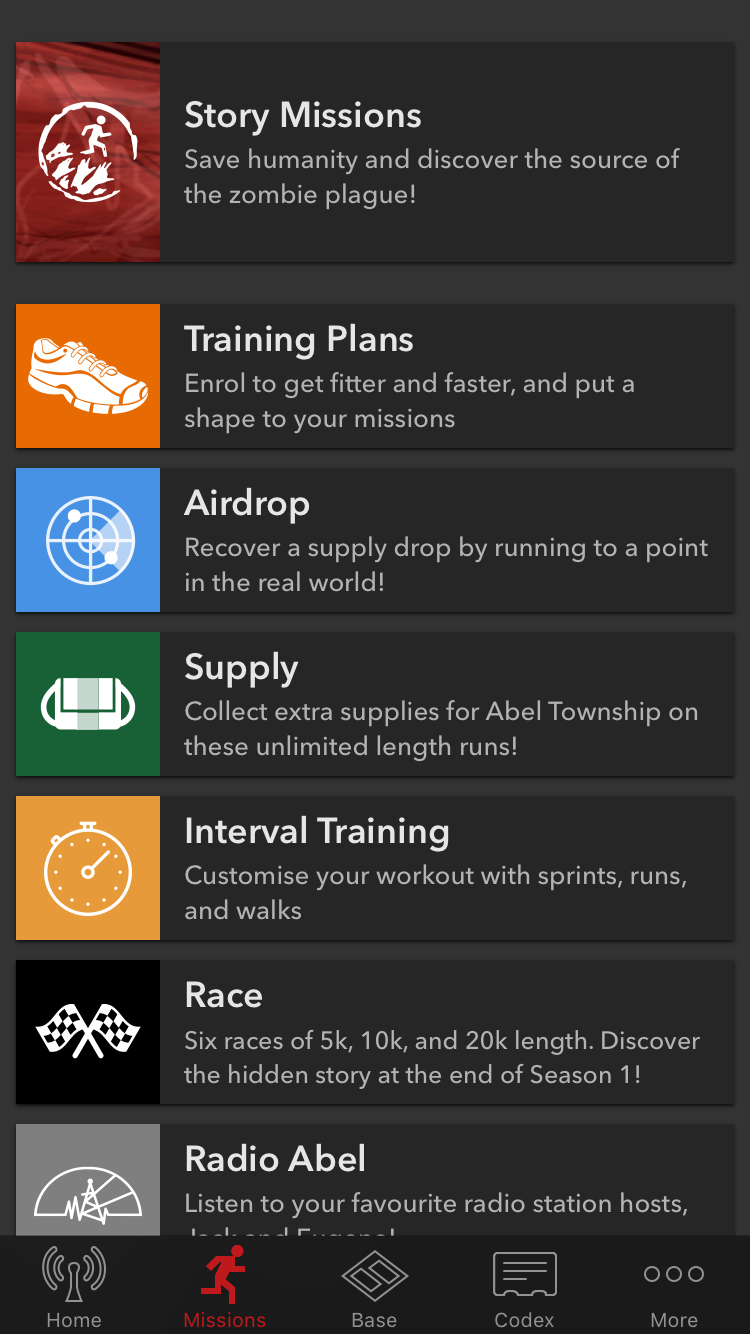 I keep track of my own runs on Nike+, so I run both apps together and turn off all tracking (GPS and step count) for Zombies, Run! so I don't double-track the workout. (Both apps will "talk to" MyFitnessPal, so I don't want to have the calories-burned counted twice.) Zombies, Run! will also communicate with the Health App, so your workouts will appear there, too. You don't have to be a Crazy Tracking Lady like me. You can just run and have fun and not crunch every number known to mankind. (But if you like crunching numbers, go right ahead!)

Zombies, Run! is free and available for both iOS and Android devices, along with an online syncing feature that will keep your runs for you. Strap on your shoes, Runner 5! Abel Township is depending on you!

Tech Talk: You've Gotta Fight for Your Right to Paaaaar-taaaaay (in a stress-free manner)!
Read
In Case of Emergency: A Tip for iPhone Users
Read
Tech Talk: Beers to You!
Read