Ignatius Press and Magnificat, well-known for their line of beautifully illustrated, high quality, Catholic children’s books, has just released two new books about the life of Mother Teresa.  These charming books, Mother Teresa: The Smile of Calcutta and Mother Teresa of Calcutta, will capture the imagination of children of various ages through delightful full-color illustrations and inspiring stories about Mother Teresa’s extraordinary life. These beautiful books are available just in time for the upcoming canonization of Mother Teresa by Pope Francis, which will take place September 4, 2016.

Mother Teresa: The Smile of Calcutta 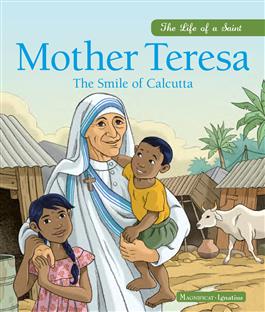 The great saints devoted their lives to the love of God and of others. Their fascinating life stories will help children discover the great adventure of holiness. This beautifully illustrated book, Mother Teresa: The Smile of Calcutta, for children ages 5 years and up, tells the story of such a great saint who lived in our times.

Amid the slums of Calcutta, Mother Teresa offered a comforting smile, consoling arms, soothing hands, a kind look that gave dignity, tears of compassion, and the light of Jesus in the darkness of great poverty. She found God in the poorest of the poor; she cherished them and became a mother to all. She is a powerful witness that “whatever we do for one of the least of our brothers, we do for Jesus” (cf. Matthew 25:40).

Mother Teresa founded an order of sisters to work with her to serve the poorest of the poor, the Missionaries of Charity. When she passed away in 1997 at the age of eighty-seven, the government of India honored her with a state funeral. A million people lined the streets that day to honor their beloved saint. Her tomb quickly became a place of prayer for people of all faiths, rich and poor alike. 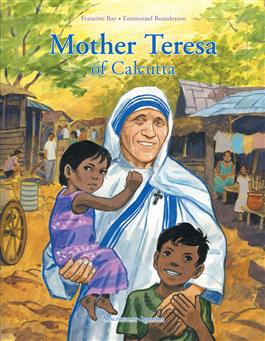 Mother Teresa of Calcutta lived a heroic life of charity dedicated to spreading God’s love to those poor and most in need. From her earliest days in her native Albania to the day she died in her adopted city of Calcutta, Mother Teresa saw Jesus in the eyes of those who were abandoned, unwanted, and dying.

Regardless of a person’s race or religion, Mother Teresa of Calcutta reached out with unconditional love to everyone God placed in her path. This lavishly illustrated book for children ages 9 years and up tells the inspiring story of her life and how this one small, simple woman, with deep faith and love, made a huge impact on the world for good.

With Mother Teresa as our model and intercessor, we can reshape the world in which we live by loving our families, friends, and neighbors in the way Jesus has asked. As Mother Teresa said, “Holiness grows so fast where there is kindness.”

Preorder these books through our Amazon links and support CatholicMom.com with your purchase!