WARNING: May Act as Abortifacient!

Last winter I was pulling out of my driveway attempting to convince myself that arriving at the gym instead of Chick-fil-a was a much better way to start the day.

In the midst of my inner debate, Catholic radio caught my attention.

I ignored the fight going on between #3 and #4 in the back seats and turned up the volume.

The program host was interviewing a doctor that used to perform abortions back in the day. He was sharing his conversion story and I tuned in when he began to turn emotional, recalling all of the abortions he had been a part of.

You could hear the pain and disgust for himself in his heart as he spoke.

I turned up the volume some more.

What I heard next, I did not expect.

The doctor began to talk about how he hadn’t just been a part of the abortions that occurred in his office, he had been a part of possibly thousands.

Huh? Without knowing? What do you mean?

Doctor: “ I realized that I had been an active participant in all the abortions that occurred through my prescribing of birth control. I was sick. I had to get to confession.”

Me to car radio: “What is he talking about?!”

Then the radio host and doctor start talking about how birth control can act as an abortifacient but people aren’t aware and dove more into the details of how the Pill works.

My husband and I had been on and off the birth control bandwagon in between our kids.

We always felt guilty; we always knew better. But, it was so much easier than any other option! We’d use it for about 6 months and then decide we were either too guilty to stay on it or ready to be open to another baby.

Yes, everything I knew about Catholic teaching on contraception should have been enough to make us dedicated NFP-ers.

The problem was I could not trust God with it, I just couldn’t.

I had very recently thrown away my birth control because I couldn’t stand going against God anymore. Once I heard this doctor, there was no way I could go back to using the Pill.

My point in all of this? Why aren’t the words “WARNING: The Pill can act as an Abortifacient!” seen all over the place? They should be on billboards, all over social media in those creative word boxes people make…why isn’t it in bold red letters on birth control packets?!

It’s one of the best-kept secrets of our time.

Doctors will fight you on the truth of the Pill. Most are not even aware themselves of how it really works.

Should it be the one fact that keeps Catholics away from using the Pill? Nope. However, for those stubborn ye-of-little-faiths (ME) it could be just the thing to turn them back to truth.

I have to tell you, ever since this conviction came and God gave my husband and I the grace to be obedient to His desires, our life has changed immensely. I am loving it.

Guess God knows what He’s talkin’ about after all. 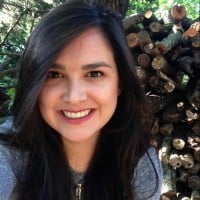 Stephanie Stovall loves Oklahoma State University and hanging out with her husband. She keeps Holy Mary busy praying for patience with her five little boys. Stephanie loves God, Catholicism and evangelizing with all her heart! You can find more of her messy thoughts over on TheBlessedFruit.com