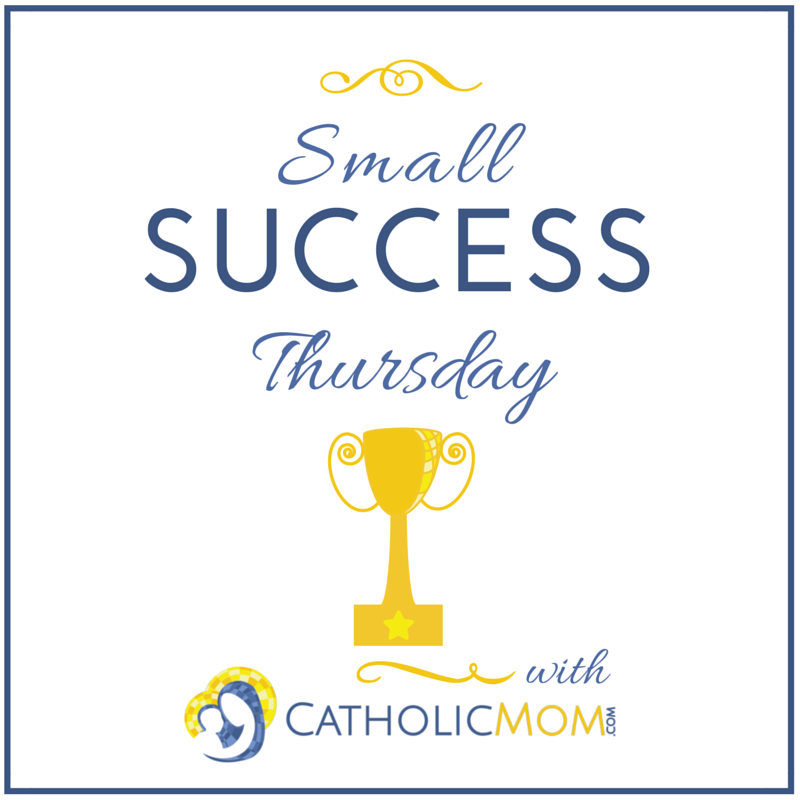 Last week, we worried. Hurricane Matthew had Saint Augustine, where our second oldest attends school, directly in its sights. I admit to feeling more than a bit nervous given the pending reports of CNN and NOAA about tidal surges, wind gusts and flooding. The school evacuated but I honestly wanted everyone to be further away than they were. Having no control over the situation, I could worry or pray. Listening to the news, I grabbed my Magnificat. I had to laugh at God's timing, as the Gospel the day the hurricane hit focused on my favorite Gospel, "Ask and you shall receive." Well, I asked. I've known hurricanes in my own life, and my family's history, but all storms remind me of one story.

[Tweet "Today's #smallsuccess: storms, worry and the power of #prayer. With @sherryantonetti"]

Out on the Gulf of Mexico a few years ago, my dad went fishing with some of his friends. One of the men was showing off his new fishing boat as they trolled for trout, redfish and shark. The sky grew a bit darker and some of the men suggested it might be time to pack it in and go home. One or two reeled in their lines. Others sipped their beers and hoped the storm would just blow over.

However, the beautiful new motor boat’s engine didn’t work. It was completely waterlogged. Two more men reeled in their lines and began stowing gear. They tried the spare outboard motor. It too refused to respond properly.

The waves grew choppy. Even the most diehard fisherman reeled in his line. The sky was dark and the wind blew. After a few choppy waves washed on the boat, everyone was tense. No one spoke as the owner of the boat tinkered with the engines, hoping to coax one of them to life.

Someone tried the radio, but it too was affected by the storm and unable to contact anyone.

Thunder rumbled overhead. Lightning was seen. One of the men, a seasoned fisherman and boater of many years, began handing out life jackets. Thunder cracked again and the men could see each other’s faces were fearful .

My father’s closest friend, who knew of the first man’s spiritual doubts about Christ, stopped tying his jacket and tersely responded, “What makes you think he isn’t?”

The storm on the boat was as ominous as the one overhead. The thunder rolled again and a lightning crack was seen hitting the water a ways off. Wind swelled and waves chopped and slapped the boat.

Another crack of lightning flashed and a large swell slopped the deck. The men fretted as the waves continued. Everyone was either staring at the sky or the seemingly-useless motor, worrying, worrying.

“Well,” said the doubting first man, “I wish he’d give it this.” And he placed his hands out towards the water, as if to smooth the waters like a bed sheet. My dad paused, smiled and said, “Well it isn’t because He hasn’t been asked.”

The storm, both on the boat and off, abated almost instantly with the sounds of five friends laughing so hard they could hardly breathe, and wonder of wonders, the original motor kicked into life.

I love that true story mostly because it reveals the true nature of prayer. Most of us have lots of contingencies to make everything go smoothly, extra motors, new ships, life jackets, radios. Most of life involves coping with all those things that do not get covered by our careful plans. We often turn to prayer when things go wrong, but even then, we are often afraid to ask for what we truly need or want. Fortunately, God doesn’t mind answering our prayers beyond our own understanding, whether it means calming the seas or calming the heart. Pray often, ask often and know that God has even more contingencies to get us home safely than we do. Be not afraid.

Now, the storm passed and the wind a memory, the school is in the long slow process of recovery from flooding, but all is well with our college junior. The group of friends hunkered down at a friend's parents' home, and after all of it was over, they went to Disneyland.   Everyone relaxed. Everyone breathed a sign of relief. It was a reminder to me, to hold those words in my heart at all times. "Ask and you shall receive, knock and the door will be opened unto you," and "Be not afraid."

My small success this week? Praying instead of just worrying.