Ornamental Graces, like Carolyn Astfalk’s previous novel, Stay with Me, is a Catholic romance with Theology of the Body underpinning the story. This is no Harlequin/gothic/bodice-ripper/shades-of-grey novel. That’s not Carolyn’s style.

The novel chronicles the on-again, off-again romance between Emily, a young teacher obsessed with all things French, and Dan, whose wounds from a past relationship make him wary of starting over. There are some terrific peripheral characters as well; you’ll want to adopt Grandma. Will Dan be able to finally put his past behind him and open up to new love? 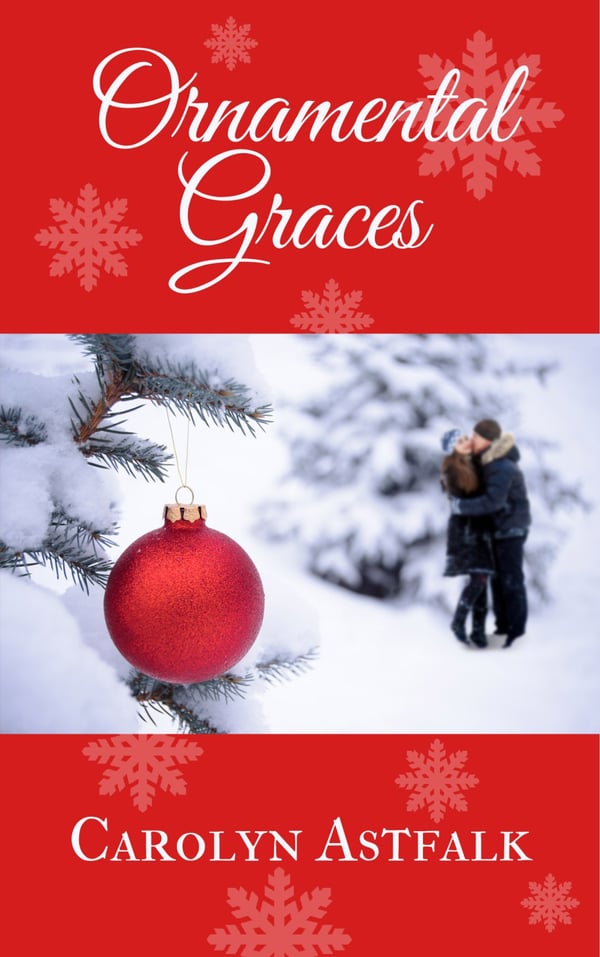 Carolyn allowed me the opportunity to interview my favorite supporting characters from Ornamental Graces.

What was it about Emily that made you encourage Dan to pursue a relationship with her?

Oh, I'd like to think after all these years I'm a pretty good judge of character. But I'll tell you what tipped me off. When we were at the grocery store, there was a young woman with two little ones. While the mother was tending to the toddler having a tantrum in the cart, the older child had helped by getting the eggs - and dropping them on the floor. Emily alerted someone from the store and tried to soothe the mother, who was at the brink of tears. Emily was kind, considerate and helpful. Told me a lot about the kind of young lady she is. I knew that kind of woman would love my Daniel the way he deserved to be loved. And Daniel needed to see what a blessing Emily would be in his life. That she would bring all his better instincts to the surface and help him be the kind of man anyone would be proud to call a friend, a grandson, or a husband.

Tell us about how the power of a grandmother’s prayer was at work in changing Dan’s life.

I pray for each of my grandchildren by name every day, but it's no secret that Daniel has been special to me. As he grew older, he took care of me more than I took care of him. If I told you all the ways, the list would be long and boring. When he broke up with what's-her-name, I know he was broken-hearted. I thought given a little time, he'd perk up, but instead he seemed to drift further and further from, well, just about everything good in his life. That's when I started saying novenas for him, having Masses said, and I particularly called on the Blessed Mother, because she knows what it's like to watch a son - and that's what Daniel was to me in many ways - suffer. I know God hears all our prayers, but he doesn't always answer how and when we'd like. But in this case, he gave me my heart's desire. I've never been prouder of anyone than I was of Daniel when he turned back to God and turned his life around. I'd been praying for the right woman to come along too, and I believe Emily is the answer to that prayer.

You’re the one who really set up Emily and Dan (or was it Elizabeth?) What was it about the two of them that led you to want them to get together?

He's a man, she's a woman, and, frankly, with soon-to-be eight people in this little house, we can't spare a square foot for Emily. But, seriously, the possibility of getting them together came up while Emily was in her own place anyway. Elizabeth's been telling me for years I've been too overprotective of my sister, so, I'd been making a conscious effort to treat her like a grown-up. Most of the time. And when I looked at her that way, I realized that she's really something special. You should see her with my kids. I've always known she'd make someone a great wife and be a great mom too. But I didn't want her to settle for just any guy. When I met Dan, I could see them together. They're both pretty easy-going but hard-working. They take their faith seriously and they like kids. Seemed like a good fit to me.

How did you handle the issue of your good friend dating your little sister?

If I had realized how complicated those two would make it, I might've thought twice about the whole thing. On again, off again, on again, off again. I couldn't keep up. And Dan certainly put me in an awkward position a time or two. I just tried to be straight with both of them and honor whatever they asked of me. Y'know, just be the brother she needed and the friend he needed.

Did you think it was a good idea for Robert to set Dan up with Emily?

Gosh, yes. Robert was just going to offer to introduce them when he got around to it. Who knows when that would've been! So, I took things into my own hands and made plans to get them both around our table at the same time. Listen, we've been married awhile, but I know how hard it is to meet people, and Emily - not that she was super picky or anything - but she was looking for a guy with certain values. And, she's not the most outgoing girl around. After I met Dan and had a pretty good sense of what kind of man he was, I couldn't wait to give them a chance to get to know one another.

Well, like Robert said, the whole on again, off again thing was tough to navigate. Maybe it's because the biggest drama around here is created by people who can't even use the potty consistently, but I'll admit to a few eye rolls behind her back. [laughs] But Emily is so dear to me. I've watched her grow up. And to watch her fall in love . . . [sigh]. Their whole relationship, with all the starts and stops, meant she needed a friend, and at the same time, so did I. It was the first time we related solely woman to woman. I don't think of her so much as Robert's little sister anymore as I do my friend.

If you'd had the chance to speak with Emily about Dan before they met each other, what would you tell her?

If you'd have asked me a year ago, my answer would be pretty different. But today, uh, I'd tell her to treat him right. That's he's a good guy at heart. Maybe I should've been a bit more careful with that heart. I don't know. It's kind of a time I'd really like to put behind me. We both made mistakes. Mostly me, maybe. I'd tell her to just let him love her.

Visit the other stops on Carolyn's book tour, and sign up for her author newsletter for news of her next projects, recipes, playlists and more!

About the author: Carolyn Astfalk lives with her husband and four children in Hershey, Pennsylvania, where the wind carries either the scent of chocolate or cow manure. She is a CatholicMom.com contributor and author of the contemporary inspirational romances Stay With Me (Full Quiver Publishing) and Ornamental Graces. (Barb's note: this bio was provided by Carolyn. I'd like to add that she's funny, creative, and a really good sport. Follow her on Twitter @CMAstfalk.)

Book Notes: "The Light" series by Jacqueline Brown
Read
Book Notes: Stay with Me by Carolyn Astfalk
Read
Rightfully Ours: A Theology of the Body Coming of Age Story
Read