I celebrated my birthday on the Third Sunday of Advent this Year. Despite 2016 being such a difficult year, I felt blessed to share my birth date with the joyful sentiments of Gaudete Sunday. As we draw even closer to the Christmas Season and the birth of the Incarnation, it is good to hear stories about the Holy Family and my namesake Joseph. We need to hear more about dreams and visions and the constant reminder, “Be not afraid.”

My mother’s birthday is also in December. She shares her date with the Feast of the Immaculate Conception. As you can imagine, it is hard to forget your mother on such an obligated day of holiness. One marvels at the Annunciation from the Angel Gabriel, who comes and tells Mary of the awesome mysteries and deeds that will come to pass.

Gabriel too entreats her to not be afraid because she has found favor with God. Upon hearing all that Gabriel has to say, Mary asks only one question—to which Gabriel provides a short, but rather complicated answer. But Mary goes on to simply say “Yes.” Or more precisely, “Be it done to me according to thy word.”

[Tweet "We need to hear more about dreams and visions and the reminder, 'Be not afraid.' @tribeplatypus"]

The Rest of God's Favor

There is so much about the New Year ahead that is not under my control but entirely different than how I might have wanted it to be, for myself, for my family, for my world. I do not consider that I am afraid for the future, but I count myself in the number who hear constantly the call “Be not afraid.”

As I meditate on those words, I realize that they have less to do with how we size up to our fears. So our response is not, “I am not afraid of X” in a world that is defined by me and what I am against. Instead, it is about surrendering to the will of God, in whose hands our lives and the entire world have always been. 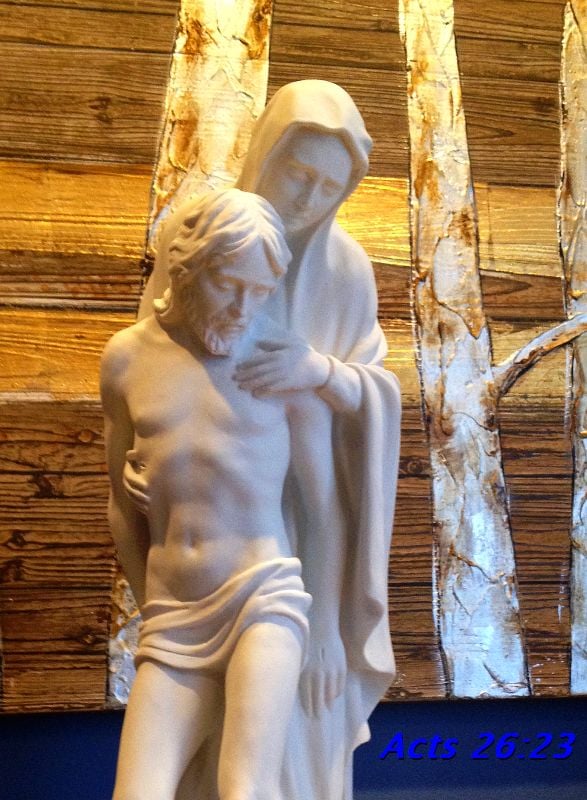 Standing in that light, one is not afraid of the shadows. Mary lived out her days like that. She carried the Lord even before he came into the world. But God carried her from her very first breath.

Candles on a cake aren’t going to capture that mystery. The light that casts out darkness still shines when the birthday candles are blown out. There is comfort in knowing the Christmas Story from Nazareth to Bethlehem, from Egypt to Jersualem…to Easter and beyond. We must also come to know a truth of our future even when the wrappings of this season are thrown away.

Hold on to the moments this season where you hear the angels’ voices: “Be not afraid.” In those moments, God’s light shows round about and you will see the dreams and visions promised to generations come true in God’s Word alive today.