Baptized in the Holy Spirit: A Tribute to Fr. Michael Scanlan 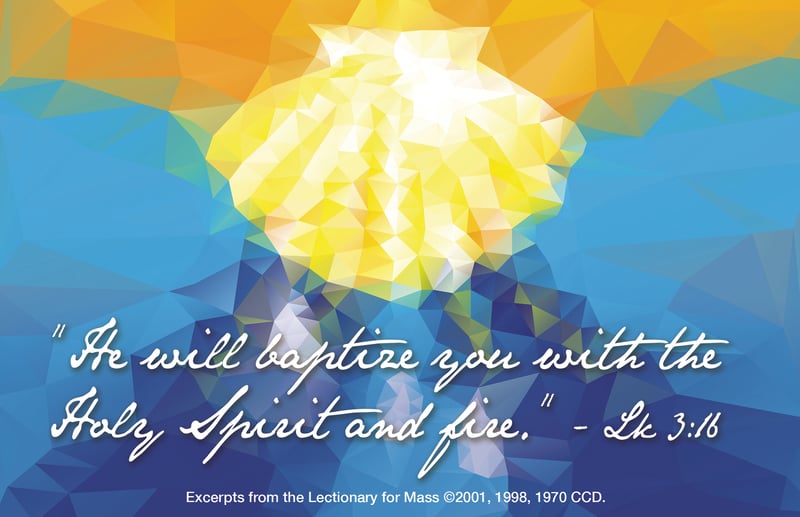 Raised in a Catholic family, he would later and at times refer to himself as a Catholic agnostic. But he was a disciplined student who graduated from the prestigious Harvard Law School. His life was beginning as he was engaged to be married to a lovely young woman. He came to Church one Sunday and heard a message which led him to observe about himself . . . “Here it is Lent and I’m not leading a life that is any different than anyone else. . . .”

He had been studying hard into the wee hours of the morning Monday through Fridays . . . partying hard on Saturday nights . . . dragging himself to Mass on Sunday . . . he was the very definition of a cultural Catholic. Living on the edge of what it means to be a Christian. And so for Lent - he decided to try to go to daily Mass (something of course which he had not been doing), to fast, and shortly into this new regimen, he was coming home from a weekday Mass and God spoke to him interiorly: “Michael, will you give your whole life to me?”

Being a good law student - his first inclination was to ask, “Well, what are you going to do with my life if I give it to you?” Smilingly, he realized that’s not how to deal with God . . . and so without much further thinking, he said ‘Yes’ to this inner voice . . . and Michael said that from that time on, he felt that God was clearly leading him on his path in life.

His fiancé asked Michael, "How long are we going to wait before we set the date to get married?"

Michael answered, "I don’t know, because God has grasped me and I think we better end the engagement."

Some years later, he was ordained a priest — his name became ubiquitous with what it means to be Baptized in the Holy Spirit. Fr. Michael Scanlan helped to co-found the FIRE RALLIES of the mid-1970’s and into the 80’s. Fire stood for Faith, Intercession, Reconciliation and Evangelization — and they took place throughout the world. . . . Later, Fr. Michael was the rector of a seminary when they came and asked him to interview for the position of President of the failing, almost bankrupt University of Steubenville. During his interview he said he had prayed about this, and God led him to believe in making theology the focus of all education, but to also rebuild the dorms into community-centered faith families, and to make Franciscan known as THE pro-life university.

Appointed president, he formed a small pro-life group of students. They went to pray in front of abortion facilities in Steubenville; a Jewish doctor called and begged him, “Fr. Scanlan, make them stop. I’ll never do another abortion in my practice.” Other Steubenville doctors followed suit. They spread out into other communities. I don’t have time to spend on this - but the bishop of the diocese of Steubenville and Fr. Michael and 45 students were arrested in Youngstown, OH for prayerful protest at an abortion center. Because of the size of the group, instead of a jail, they spent a week in a national guard armory. They were locked up with guards recognizing all of these prisoners wanted to be inside.

This was unlike any other prisoners they had experienced before. I tell you this these nuggets because Fr. Michael Scanlan was born into eternal life earlier in January, a man truly baptized through the power of Jesus' most Holy Spirit.

Fr. Michael loved priests — his first summer conferences started with priests. He also loved young people; he inspired and united them. He has prayed over me and I’ve listened to his teachings over the years. My life has been changed in ways that I’m not sure I even understand. The whole story of Fr. Mike at Franciscan is told in this great book, the new and updated version of “Let the Fire Fall.”

In Israel, John the Baptist was performing the work he was given to do by an inner voice. Looking up, he said, “Behold the Lamb of God, who takes away the sins of the world.” We know that in humility and for formation of future generations, Jesus who needed no baptism was baptized by the The Baptist. Let us also recall that John said that Jesus is coming to Baptize not with water, but with the Spirit. Baptism with water isn’t an option. It’s a requirement of becoming a member of God’s family. If you do not have a deep and profound knowledge and relationship, a personal relationship with Christ, then it’s most likely you’ve received the first baptism, but Christ is willing and waiting for you to invite the second.