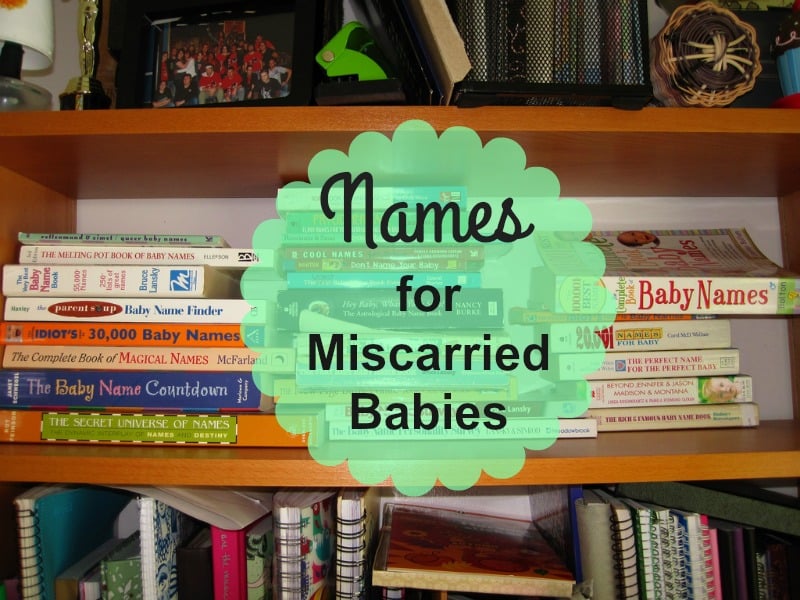 Via Flickr (2010), all rights reserved. Titles added in Picmonkey.

I recently read this quote, attributed to author Barbara Kingsolver:

“A miscarriage is a natural and common event. All told, probably more women have lost a child from this world than haven’t. Most don’t mention it, and they go on from day to day as if it hadn’t happened, so people imagine a woman in this situation never really knew or loved what she had. But ask her sometime: how old would your child be now? And she’ll know.”

This is certainly true for me (the little one I lost, who I've always felt was a boy, would have been ten this spring); there hasn't been a day that's gone by over these past ten years that I haven't thought of the baby. And while it's easy for a mom to remember the baby who lived and died in her womb, I've found that having given the baby a name has helped him remain prominent in all of our memories. We talk about him often, still, and his older and younger brothers all know him, by name, as their brother in heaven.

[tweet "Naming a miscarried child can help in the mourning process. By @sanctanomina"]

Though not everyone chooses to name the babies they've miscarried, a lot of people find it to be helpful in their mourning process. I wrote about this topic on my blog a while ago, and heard from readers with a variety of experiences. Some chose names they loved and would have bestowed whether the baby lived or not; others chose names that seemed perfect for that baby but that they likely wouldn't have given to a child who had lived. Though none of them knew for sure if their babies were boys or girls, some *knew* (in the way mothers know), and named their babies accordingly; others preferred gender-neutral names or a first name combined with the opposite gender middle name, in order to cover their bases.

It was this latter idea -- gender-neutral names -- that encouraged Mandi over at A Blog About Miscarriage, who herself has had four miscarriages, to post a while ago about the names she and her husband gave their babies. She told me, “When we were trying to name the babies we lost, I tried googling 'gender neutral Catholic names' and 'gender neutral Saint names' and didn’t come up with much,” so she also compiled a great list of the gender neutral names they didn't use, in case it’s helpful for other parents like her “who don’t like naming a baby a gender specific name without knowing the gender for sure." It's a great list! She asked me if I could add any others, and this is what I came up with:

Angel — I once knew a girl named Angel, and the main male character in Tess of the d’Urbervilles is Angel Clare (what a beautiful combo itself!); one of my readers had chosen this name for one of her babies in heaven.

Clair — speaking of Clare, Clair (that spelling) is actually the male form of Clare. It also makes me think of Sinclair, which is a male name that literally means “St. Clair” — to me, then, Clair and Sinclair could be used for either boys or girls.

Guadalupe — from Our Lady of Guadalupe, and is used for both boys and girls.

Luca — it’s masculine in Italian, Romanian, and German, and feminine in Hungarian and Croatian.

Mary/Marie/Maria — of course these are girls’ names, but men such as St. Clement Maria Hofbauer and St. Anthony Mary Claret used them as well.

Nicola — it’s masculine in Italian but feminine in German, Czech, and English.

Rosario — means “Rosary” and is feminine in Spanish and masculine in Italian.

Sam — this could work nicely for a boy or a girl.

Sidney/Sydney — Sinclair makes me think of Sidney, which could refer either to St. Denis or the “Holy Winding Sheet of Christ” (Shroud of Turin, also known as the Sacred Sendon [sendon is from Latin sindon, meaning "fine cloth" or "linen," especially those used as shrouds).

Do you have any other saintly names that would be suitable for either a boy or a girl? Have you named a miscarried baby, and if so, did you use a gender neutral name?