You Carried Me: A Daughter’s Memoir

What happens when an abortion survivor searches for her birth mother who never knew her daughter was alive? God writes the story of a life “that is more intricate, more redemptive, more grace-filled, than anything anyone else could have planned or written.” Melissa Ohden

Melissa was fourteen when she learned she was the survivor of an attempted abortion. I was fourteen when Roe versus Wade made abortion legal in the United States. That same year my mother suffered her third consecutive miscarriage. After eleven pregnancies and six children she found out she could no longer carry a child to term. My mother’s news collided with Roe versus Wade. Reading You Carried Me surfaced memories and emotions from that year. Abortion was not something I could grasp. While my mother wanted children and could no longer bring them to birth other mothers were not allowing healthy pregnancies to continue.

Because of this over the years I have listened to the stories of women who have undergone an abortion. Women Exploited by Abortion and Project Rachel began to answer the needs of these mothers. Recently I learned about men and women who survived abortions such as Gianna Jensen and Melissa Ohden. Melissa's book caught my attention in a tweet from Plough Publishing run by the Bruderhof intentional Christian community. Her personal memoir reconfirms how abortion’s negative effects ripple through generations. No one is untouched in mind, body or soul. Her acts of forgiveness and the people who loved her into life began a parallel healing and redemptive ripple. This book takes the reader along on her journey to find out who discounted her precious life and why. Along the way Melissa begins to understand that she is a voice of forgiveness for mothers who aborted their children. Fathers and others who took part in an abortion share their grief and remorse with her. Many expressed hope that their son or daughter may somehow be alive and searching for them. Melissa wants others to understand that it is possible to forgive. This experience along with the miscarriage of her only son and the birth of a second daughter with complex health issues transformed Melissa into a courageous advocate for life. 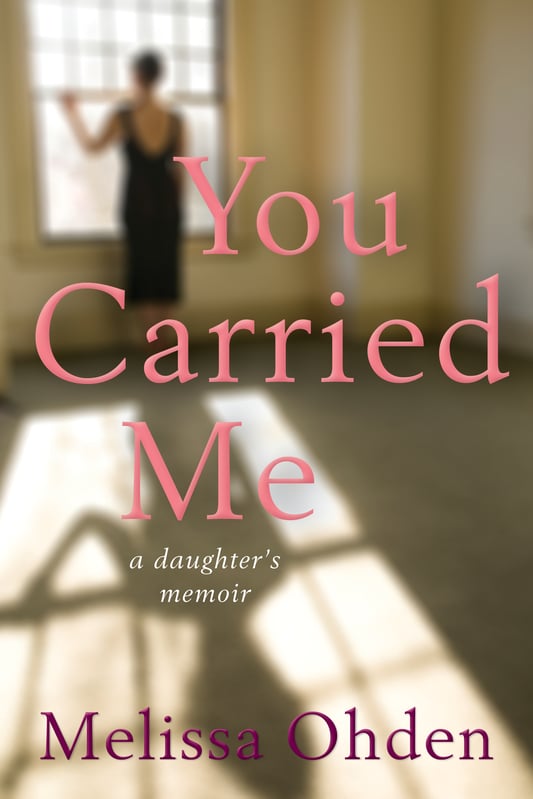 Throughout the book Melissa recounts stories of the heroes in her survival. These stories are a breath of hope to everyone who adopts children or is involved in the pro-life movement. During her search we also follow her discovery of faith. “Ever since the man in the parking lot of Sioux City Planned Parenthood had put a rosary in my hand…I had been led, slowly but inexorably, to the Catholic Church.”

[tweet "Anyone who finds forgiveness difficult will find strength in #YouCarriedMe. Review by @kerrygma"]

You Carried Me is a book that can be left in hospitals, in doctor’s offices, in libraries, in prisons and around the home for others to read. Anyone who finds forgiveness difficult will find strength in Melissa’s story. Seven pages of family photos included are a meditation on the wondrous mystery of life. It is our story too.

“Whatever, wherever I am, I can never be thrown away.” John Henry Newman

Melissa Ohden is founder of the Abortion Survivors Network and is a dedicated advocate for women, men and children impacted by abortion. She has a master’s degree in social work and has worked in the fields of substance abuse, mental health, domestic violence, and child welfare. You can visit her website www.melissaohden.com