Book Spotlight: "Fatima: The Apparition That Changed the World" 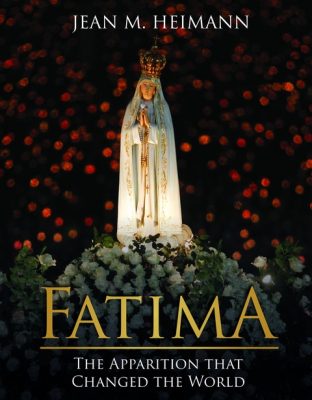 For years, Catholic author Jean Heimann has been one of my "go to" resources when it comes to researching and falling in love with various Catholic saints. Jean's ability to not only convey the details of a saint's life, but also to draw us more deeply into their spirituality, has been a compelling gift to me in my own relationship with the Communion of Saints.

That's why I was so excited when I learned that Jean would be partnering with TAN Books on Fatima: The Apparition that Changed the World during the commemoration of the 100th anniversary of the Fatima apparitions by our Blessed Mother. The book that Jean has compiled not only relays the details of what happened in Fatima. It also invites us into an ever deepening friendship with Mary. Today, we are honored to share an excerpt from this excellent book as a part of Jean's blog tour. I urge you to consider the book as a May gift to yourself or a loved one!

Fatima. Few place-names in the Christian world conjure up such powerful images and associations than this humble town in Portugal. For it was there that Our Lady appeared to three shepherd children beginning in 1917—where even non-believers attest the miracles there as the “day the sun danced.” The Virgin’s message, as it always is, was penance. But she also predicted the rise and fall of communism, the Second World War, and the attempted assassination of Pope St. John Paul II. Yet amid these tragedies, she promised refuge in her Immaculate Heart to all who approach her—a promise extended, and urgently needed, today. This beautiful volume—filled with more than 50 full-color images—is a treasure for longtime devotees of Our Lady of Fatima, as well as a gripping history for those who seek to learn more about the dramatic events related to the apparition that have unfolded over the course of the last century. 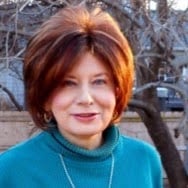 JEAN M. HEIMANN is a Catholic author and freelance writer with an M.A. in Theology, a parish minister and a speaker, a psychologist and educator, and an Oblate with the Community of St. John. She is a member of the Blue Army and the founder of Our Lady of Fatima Rosary and Study group. Jean is the author of Seven Saints for Seven Virtues (Servant, 2014) and Learning to Love with the Saints: A Spiritual Memoir (Mercy, 2016). Jean has had her work published in numerous Catholic periodicals and on Catholic websites, some of which include: National Catholic Register, Catholic Exchange, Canticle Magazine, and St. Anthony Messenger/America.

We are grateful to TAN Books for their gracious permission to excerpt and share the following portion of Fatima: The Apparition that Changed the World for your enjoyment!

The Preparation by the Angel

On a brisk spring day in 1916, three children—Lucia dos Santos (age nine) and her cousins, Francisco (age eight) and Jacinta Marto (age six)—were tending their sheep in a pasture near their home in the mountain village of Fatima, Portugal. At noon, it began to drizzle, and they took shelter in a nearby cave. Here they ate their lunch and prayed the Rosary. When the rain stopped, they came out to play a game. Suddenly, in the midst of the calm day, a strong gust of wind shook the treetops. When the children looked up, they saw a brilliant crystal clear light moving toward them that transformed into the figure of a dazzling young man dressed in white. He said, “Do not be afraid! I am the Angel of Peace. Pray with me.”

Then the angel knelt down and touched his forehead to the ground. He asked the children to repeat the following prayer three times: “My God, I believe, I adore, I trust, and I love You! I ask pardon for those who do not believe, do not adore, do not trust, and do not love You.”

The children were deeply moved by the angel’s message. Following the apparition, they frequently prostrated themselves, repeating the prayer many times. Lucia realized that this visit was sacred and private. Thus, she asked her cousins to keep the apparition secret.

In the summer of 1916, when the children were playing at the well in the family garden at Arniero, the angel returned a second time and said, “What are you doing? Pray! Pray much! The Hearts of Jesus and Mary have designs upon you. Offer prayers and sacrifices constantly to the Most High.”

Lucia asked, “How must we sacrifice?” the angel replied, “Make of everything you can a sacrifice and offer it to God as an act of reparation for the sins by which He is offended and in supplication for the conversion of sinners. You will thus draw down peace upon your country. I am its Guardian Angel, the Angel of Portugal. Above all, accept and bear with submission the suffering which the Lord will send you.”

The Angel of Peace visited them a third time in the fall of 1916. This time, he was holding a golden chalice in his left hand with the Eucharistic Host above it. Bright red drops of the precious Blood of Jesus fell from the Host into the chalice. Then, while the Host was suspended in midair, the angel bowed deeply, pressing his forehead to the ground, and asked the children to repeat this prayer three times:

O Most Holy Trinity—Father, Son and Holy Spirit—I adore Thee profoundly. I offer Thee the most precious Body, Blood, Soul and Divinity of Jesus Christ, present in all the tabernacles of the world, in reparation for the outrages, sacrileges, and indifferences whereby He is offended. And through the infinite merits of His Most Sacred Heart and the Immaculate Heart of Mary, I beg of Thee the conversion of poor sinners.

As the angel gave the Host to Lucia and the Blood to Francisco and Jacinta, he said, “Take and drink the Body and Blood of Jesus Christ, horribly outraged by ungrateful men! Make reparation for their crimes and console your God!”

The angel bowed deeply, recited the prayer to the Holy Trinity three times, and then vanished. The children repeated the prayer three times and were in such a state of holy ecstasy that they were oblivious to everything around them. They were totally focused on Jesus and the message he was conveying through the Angel of Peace.

Approximately one year after the Angel of Peace’s initial visit, the shepherd children witnessed their first Marian apparition. On May 13, 1917, Lucia, Francisco, and Jacinta were tending their flocks of sheep in a hollow, the Cova da Iria, which was also known as the Cove of Irene or the Cove of Peace. When they heard the Angelus church bells ring, they knelt down and prayed the Rosary. It was a beautiful sunny day with a clear blue sky. Suddenly a flash of lightning pierced the sky. They thought a storm might be brewing, so they quickly moved their sheep and headed in the direction of home when they spotted another even more striking flash of lightning. There, above a small holm oak tree, was an intense light. Then, in an instant, they saw a lovely lady dressed in white, hovering over the top of the tree.

Lucia described her in this way: “She was more brilliant than the sun, and radiated light more clear and intense than a crystal glass filled with sparkling water when the rays of the burning sun shine through it.”

Lucia also stated that the lady appeared to be around seventeen years old, wore a floor-length white veil embroidered with gold trim, and held a rosary of white pearls with a silver cross. The expression on her face was one of slight sorrow.

The lady sensed the apprehension of the children and told them not to be afraid. She reassured them of their safety. She spoke softly to them in a calm voice, and they immediately felt the peace and the presence of Christ’s love surround them. They felt comforted by her and responded to her maternal voice with joy and natural curiosity. All three of the children were able to see Our Lady, but only Lucia and Jacinta could hear her. Lucia was the only one of the three who actually conversed with her.

“Where are you from?” Lucia asked.

“I am from heaven,” the lady answered.

Lucia queried, “What do you want of me?”

Th e lady replied, “I have come to ask you to come here for six months in succession, on the thirteenth day, at this same hour. Later on, I will tell you who I am and what I want.”

Lucia then asked if each of the children would go to heaven. The lady stated that Lucia and Jacinta would but that Francisco would have to pray many Rosaries. Lucia named two of her friends who had died and inquired whether or not they were in heaven. She learned that one was in heaven, but the other was in purgatory and would be there until the end of time.

[Tweet "Are you willing to offer yourself to God? #Mary @CatholicOnFire new #Fatima book inspires!"]

The lady then asked the children a crucial question: “Are you willing to offer yourselves to God and bear all the sufferings He wills to send you, as an act of reparation for the sins by which He is offended, and of supplication for the conversion of sinners?”

“Then you are going to have much to suffer, but the grace of God will be your comfort.”

When she said this, the lady opened up her hands, “communicating to us a light so intense that, as it streamed from her hands, its rays penetrated our hearts and the innermost depths of our souls, making us see ourselves in God, Who was that light, more clearly than we see ourselves in the best of mirrors.”

The children then immediately fell to their knees and prayed, “O most Holy Trinity, I adore You! My God, my God, I love You in the most Blessed Sacrament!” After a few minutes, the lady asked them to pray the Rosary every day to obtain peace for the world and an end to the war.

Order Fatima: The Apparition that Changed the World via our links at Amazon and support CatholicMom.com with your purchase.