Children throughout the world love imaginative play. They take on a role (cop/robber, cowboy/Indian, doctor/patient) and build a whole world of scenarios and fun. Lately, my son has been pretending to be a spy/secret agent. I don't know where he came up with it, but it is awesome to see his mind at work. This got me thinking about games with a spy/secret agent theme, and the first one that popped in my head was Covert. 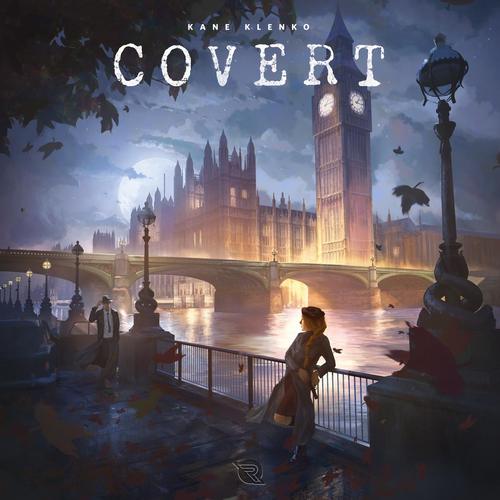 In Covert, you are a master spy located in Europe during the Cold War era. You must secretly collect equipment, deploy your agents, and accomplish missions to be the sole victor. The game plays 2 to 4 players, age 10+. It retails for $60 and takes between 45 and 90 minutes depending on player count. 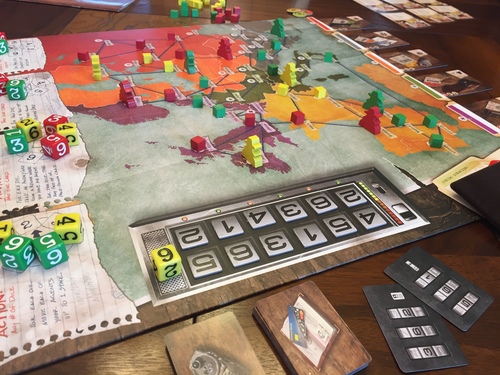 1. Place the board in the middle of the table.

2. Randomly deal each player a Character Card or players can choose if everyone agrees.

3. Then, give each player a Player Screen, five Dice, three Agent Pawns, one Reroll Token, and fifteen Intel Cubes.

4. Shuffle the Agency Cards. Each player (in turn order) will draw three cards and place one Agent Pawn in the matching city on the board. After this occurs, reshuffle all the Agency Cards and deal two to each player, which are kept secret from everyone else. Then, deal six Agency Cards face-up, one at a time, in the region spaces on the edge of the board. Place the remainder in a face-down draw deck.

5. Shuffle and deal each player three Mission Cards. Each player will then keep two, placing them behind their Player Screen, and returning the extra card to the deck. Then, place that deck face-down near the board and flip the top three cards face-up next to the deck.

6. Shuffle the Code Cards and deal two to each player, which they then place behind their Player Screen. Split the deck into two approximately equal-sized stacks, placing them face-down near the board.

7. Shuffle the Cipher Tokens and randomly place them in two lines of six tiles each.

8. Place the Turn Order Tokens near the board, making sure they equal the number of players in the game.

9. Put the Special Operations Tokens into the bag, placing it near the board as well. 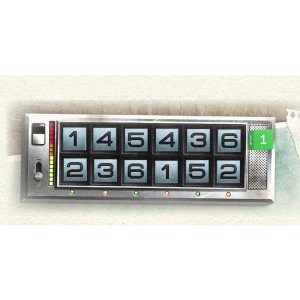 Game Play - The game is played over multiple rounds with each round happening in the following order:

1. Roll and place dice - Players roll their dice and arrange them in numerical order for all players to see. (Note: You can use your Reroll Token any time.) Starting with the player last in turn order the previous round and continuing clockwise, each player places one die at a time. If placing in the four Action Circles, new die placed there must be adjacent to previous dice. If you can't or don't want to place anymore dice, take a Turn Order Marker.

2. Break codes - Going in turn order (based on the tokens), each player tries to break one of their Code Cards. They may swap two adjacent Cipher Tokens. If they placed and dice on the Decoder, they may place them on top of Cipher Tokens. If they are able to break the code on their card, they flip the card up to the equipment side, and place it next to their Character Card.

3. Dice resolution - Again, starting in turn order (based on the tokens), each player performs one action on their turn, resolving one or multiple dice. Actions include taking Agency Cards, taking Mission Cards, moving Agent Pawns, and completing missions.

The game end triggers when a player completes their sixth mission and the current round is finished. There is then one final round where people may complete one last mission. 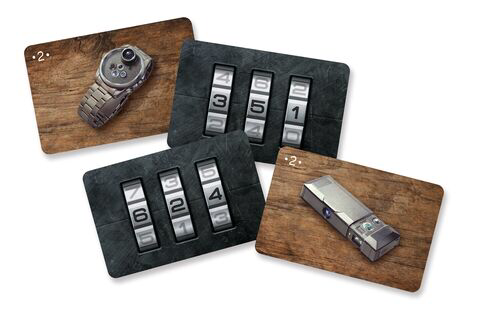 Covert is a game with that takes many different mechanics, tweaks them, and gives you a lot to consider and execute. In the game you are rolling dice and locking them in place to be able to execute actions. You are managing your hand of cards and collecting the right gear (icons) to complete missions. You are moving your pawns to a certain place without tipping off your opponent of what you are trying to accomplish. The game is honestly one big, ever-evolving and ever-changing puzzle that you are trying to solve turn by turn. This is what makes the game awesome and what also make it a drag at four players. Though the game says it plays two to four players, I would say that the game plays perfectly with three. At two players, you are probably going to have hurt feelings, as you can completely block your opponent from performing certain actions. At four players, the game is going to feel like each turn is dragging as you are waiting for your turn, because like I said earlier, each turn you are putting together a mini-puzzle and that can take time to figure out.

I really enjoyed the theme of this game, as the Cold War is one that many games utilize. The rule book, the old-time images of cameras and gadgets, spy-shaped meeples, and leaving a cube behind as your presence of being in a city all added to the game's look and feel. Do you feel completely immersed in the experience? No, but it gets you a lot closer than other games do. The art, components, and game play are all solid and show that Kane Klenko and Renegade Game Studios have found a partnership that is sure to be fruitful for the coming years. Be sure to check out the following other games from them: FUSE, Flatline, and Flip Ships!