Learning to Discern When I'm Maxed Out

Image credit: By Alexander Dummer (2016), Unsplash.com, CC0/PD[/caption]
One night not long ago, I was approaching 40 weeks of pregnancy and, with a nine-pound little person consuming more and more of me, the physical discomfort was constant. I spent the majority of my days trying to keep up with and entertain my two- and four-year-olds, praying the baby would make an early debut. I was exhausted, emotional, and overwhelmed and there I sat watching TV, perched upon an exercise ball because comfort on the couch had become unattainable.
In all sincerity, l'm not detailing this in order to evoke sympathy. I know plenty of moms with more kids, more difficult pregnancies, more responsibilities, and much heavier burdens. Compared to many others, I had it easy and I was very aware of that. Maybe that's why I felt guilty for feeling so run down. Regardless, the fact is that I was spent.
And that night, I broke down. The documentary my husband and I were watching featured an individual who referred to a quote by beloved St. John Paul II, in which he urged Christians to give of themselves. In addition, I'd recently finished reading a book which suggested giving more to the world in order to find inner peace. Top those off with one of our parish priest's latest homilies being one that encouraged parishioners to give more of themselves.
In spite of feeling endlessly drained, I was racked with a nagging guilt that I wasn't giving enough of myself and that evening, there on that exercise ball, it became too much. My husband paused the show, realizing that what I was expressing required his full attention. I'm not proud of the rant that spilled from my mouth. I was mad -- mad at this man on TV telling me I needed to give more; mad at the book's authors for insinuating that I was failing to give enough; mad at the priest who told me to give even more.
And after the anger was wholly expelled, I melted into tearfulness, uttering to my husband between sobs, "These people keep saying to give more, but I feel like I have nothing left to give."
My husband, having a knack for offering the simplest, most appropriate advice, absent of any unnecessary sugar-coating, sat silently, taking it all in. He looked at me, a blubbering, enormously pregnant mess, and calmly remarked, "Babe, you know they're not talking to you."
There's something the secular world often refers to as self-awareness, which is generally the same thing as discernment in the spiritual life. No, not the discernment of good versus evil spirits. I'm talking about the recognition of exactly where one stands in any given phase of life and what we ought to add or discard in order to be more at peace and therefore less likely to fall into sin.
This discernment is a skill, and the best decisions aren't always obvious. The key is to be okay with the choices that proper discernment leads us to. We're all wired differently, so what one person can easily juggle may very well crush someone else. There's a delicate balance we need to strike with ourselves: how much more can I give without winding up defeated?
That night, it was so obvious. I was already giving what I could give, so anyone who suggested giving more was not talking to me. As my cousin -- a busy mother -- likes to say, "Now is not my time." Before I know it, there will come days when my hands are a little emptier, and then giving more of myself outside my home will be more of a possibility.
For now, what I'm able to take on is not much, and I'm okay with that. If I'm maxed out from anyone, it had better be my family.
Copyright 2019 Elizabeth Pardi 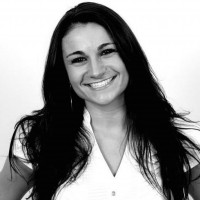 Identity: Lost and Found
Read
Raisins Give an Insight into Suffering
Read
The Worst Kind of Catholic Mom
Read