Catholic Comics at Their Best 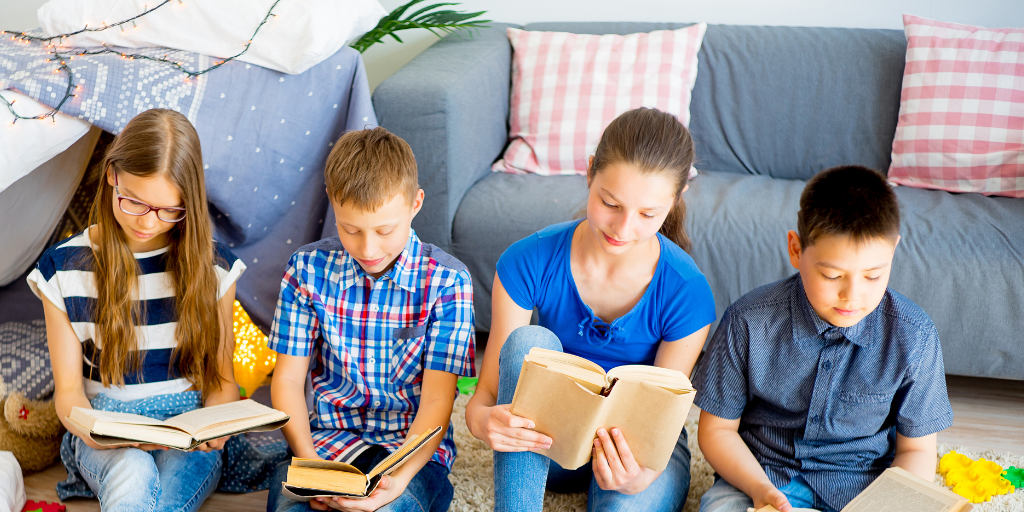 Christine Vincent reviews the graphic novel series, Finnian and the Seven Mountains, for readers 10 and up.

The stories of our Catholic past are fascinating, but they need to be made accessible for today’s children. After discussing Rosemary Sutcliff’s masterful retellings of ancient epics, I am introducing a very different kind storytelling today. Catholic theologian/writer Philip Kosloski and illustrator Michael Lavoy have created Finnian and the Seven Mountains, a series of comic books about a ninth-century Irish youth on a quest for a miraculous sword. Ancient legend and history are packaged here in the form of entertainment. The books will appeal to readers ten and up with their lively dialogue, suspenseful action, and captivating illustrations. 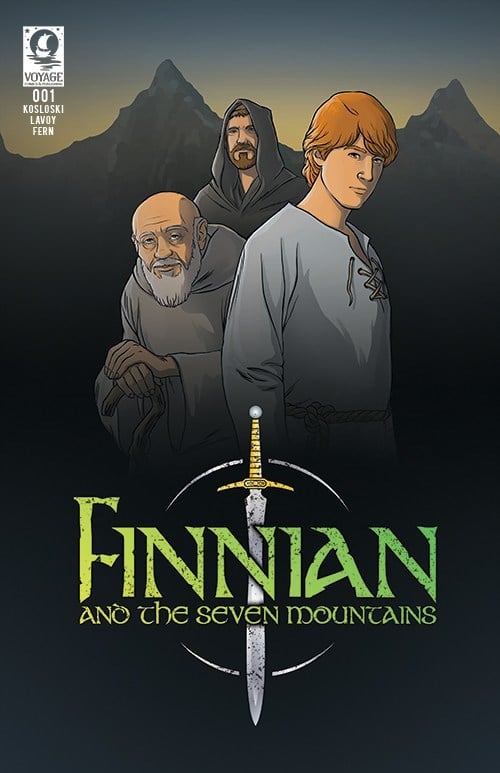 The story of Finnian and the Seven Mountains was inspired by the history of the monks of Skellig Michael who performed their monastic labors on a lonely rock island off the cost of Ireland. Kosloski’s love of Star Wars and also of Tolkien’s Lord of the Rings are strong influences in the books, successfully marrying Catholic legend and history with Hollywood action drama. This deceptively simple comic series teaches our children Catholic virtue and history in the form of entertainment, where they will pick it up much more readily than in text books. Here is what we find in the books:

We find universal story elements: a brave young hero, wounded and thirsting for revenge, a loyal and competent companion, a wise old mentor, a brutal foe in league with the demonic, a quest for a miraculous sword, a dragon and his minions looking for the same sword, and seven historical shrines of St. Michael visited by the hero on his quest. Familiar modern themes are introduced through Merewyn, the warrior maiden in the habit of saving Finnian’s life, through her ongoing banter with Finnian, and through Pica, the Puffin, in the role of the required animal companion.

We find a story about Catholic virtue. After Finnian’s parents have been killed in a Viking raid, the boy sets out to find a legendary sword said to defeat evil, but his motives are selfish. He seeks retribution for the death of his parents, and he seeks power to compensate for his lack of physical strength. On his quest, we see Finnian grow in body and in virtue.

Kosloski is a great fan of Star Wars and of J.R.R Tolkien’s Lord of the Rings. We find echoes from these works throughout the books. Recognizing elements of stories they love will establish an immediate connection in young readers. The island of Skellig Michael provided the model for the planet of Ahch-To in the new Star Wars trilogy. George Lucas modeled his Jedi knights on the Knights Templar who were also a Catholic monastic order.

While Star Wars copies the physical appearance of Catholic monastics in a storyline with Buddhist leanings, The Lord of the Rings is a profoundly Catholic story influencing the Finnian story. LaVoy illustrates the “sword that is broken” laid out on a cloth in imitation of a similar image from the Lord of the Rings movies. Merewyn, the warrior maiden, was clearly inspired by Eowyn of Rohan. Jormungandr, the dragon, could be a cousin of Smaug of the Lonely Mountain, and there is so much more.

CLICK TO TWEET
New Catholic comics for ages 10 and up marry Catholic legend and history with Hollywood action drama. #catholicmom

I almost feel I should have discussed the illustrations first because they carry so much of the story. In a comic book, the illustrations attract the reader and draw him into the text. No reader of any age will be able to resist Michael La Voys’ interpretation of Finnian and the Seven Mountains.

In the Finnian books, we find lavish scenic views of historical sights and landscapes, and we find a rare serenity without sentimentality. There is a minimum of the theatrical the comic genre cannot do without, but LaVoy reserves distortion for the Vikings in their most wicked moments. Evil is marked clearly as such. I felt relief at the absence of triangular insect-like faces so common in today’s comics. They speak of the demonic, while La Voy’s illustrations dare to be innocent. He bestows care on the execution of faces. Each bystander is carefully drawn as an individual.

We see Finnian grow not only spiritually but visually from beardless teen to bearded, muscular man. As Finnian departs from his monastery school, we catch a rare glimpse of joyful monastic life. This is so important as the entertainment industry loves to portray monks as dark and demonic. I like the statue of Our Lady standing on the head of a dragon resembling the monster Jormungandr.

We may smile at the book covers, designed by Jim Fern, with the heroes grouped in the solemn spearhead formation so popular on Hollywood movie posters. We see the Finnian team delight in playing with movie elements in word and in image. This comic series’ artwork is sure to hook young and old alike.

We find author’s notes at the end of each issue. They are just as fascinating as the fictional story of Finnian and will appeal to older readers. For example, we find interesting and entertaining expositions on “The Monks of Skellig Michael,” on “George Lucas’ Warrior Monks,” and on “The Knights Templar.” These little notes betray the scope of Kosloski’s scholarship.

I leave you with the beautiful farewell ending each issue of Finnian and the Seven Mountains,

Godspeed (May God prosper you)!

Discussion: What are you looking for in your children’s leisure time reading?

‘Defend The Tabernacle’: An Action Novel About Chastity for Young Catholics
Read
A Rare Gem of a Story for Young Children in Need of Consolation
Read
Blessed Carlos Acutis: The Boy Who Knew
Read