Enjoying the Beauty of Sunday Mass

There is so much beauty to be found in the Mass. Jennifer Landis encourages you to open your eyes and notice.

If you've attended Catholic Mass since before you could walk, you're well aware of — and, if you're honest, probably a little aloof to —  everything the weekly ceremony involves. From recitations to the crucifix, the majority of this Sunday gathering remains unchanged. If you're not careful, the whole thing can lose its splendor and meaning, making Mass simply an event to endure and suffer through. This isn't how it's supposed to be.

Mass is a time to gather with others in the faith and worship God. It should be a humbling, heart-moving experience — one to anticipate, not dread. Even in the monotony, there is so much beauty to be found. You just have to open your eyes and notice.

By simply pondering the meaning of the word Mass, you can learn and enjoy much about it. Mass comes from the Latin word missa, which means sent out. It's also the root word for missile. This is quite fitting, considering you are figuratively fired out into the world to combat the enemy each week. Mass prepares you to be the salt and light of the Earth and a beacon in a place of spiritual darkness. The celebration prepares you for spiritual battle, sending you out fully armed to face Satan.

You probably do it without thinking — dipping your hands in the holy water font and making the sign of the cross as you enter Mass. However, this methodical gesture, which is as automatic as a handshake to most Catholics, has rich symbolism. You should appreciate it each time you dip your fingers. While holy water doesn't confer the grace of the Holy Spirit, this ritual should remind you of repentance of sin, protection from evil and your own baptism each time you partake in it.

The place in which Mass is held is a thing of beauty in itself. Cathedrals are works of art, with their ornate towers stretching into the sky. Their physical presence is symbolic of God and the church, so it's only natural they be so breathtaking. Moreover, the stained glass windows, altars and old wooden pews with flat seats make for a glorious place for Catholics to gather, pray and worship the Lord.

While crucifixion may be an unsightly and even distasteful religious depiction to non-Catholics, those who attend Mass likely see a crucifix front and center every time. While you may not gaze upon it, enraptured, you should. The image of Christ on the cross is a powerfully moving reminder of what Jesus suffered through to reach and save us. Instead of glancing it over or forgetting it's even there, take time to humbly look upon it, filled with gratitude for Christ's immeasurable love for you.

The burning of incense is another element of Mass that is easy to overlook. This ritual came from the East and, in the Old Testament, was used to keep demons away and purify sacrifices to God. Now, however, the Catholic Church uses it to symbolize the prayers of the faithful, which float up toward heaven. When you see the smoke, it should remind you to pray and allow the Lord to cleanse you of your sin.

As you probably know, only at Mass can you receive the Holy Eucharist or communion. This is the source and summit of the Catholic faith and is the most beautiful part of any Mass. During this ceremony, the wine and bread aren't symbolic. They become the blood and body of Christ — and partaking in these things makes the faith a personal, relational experience. The weekly observance of the Eucharist makes it a ritual, but one to be appreciated and carefully considered nonetheless.

If you've ever been to a Protestant church, you've likely sat quietly in the pew and listened to the preacher give a sermon. However, no one in the audience says a word. For the most part, they are completely silent, which can be strange when you're used to invitations and congregational responses at Mass. While these responses aren't unique to the Catholic Church, they are a beautiful element to appreciate. They involve active participation, which expresses and fosters the actions of the church community as a whole, uniting it as one.

The Presence of Christ

Beauty abounds in weekly Mass. From stained glass windows to the smell of incense, symbolism and glory permeate every part of the ceremonies, rituals, and readings. However, the most beautiful part of Mass is the presence of God, which fills any place where faithful servants of Christ gather together and praise Him. May no one ever take for granted this most precious and beautiful element of Mass. Rather, may any and all who enter Mass be filled with the overwhelming presence of the Lord. Which part of Mass is your favorite?

There is so much beauty to be found in the Mass. You just have to open your eyes and notice.  #catholicmom 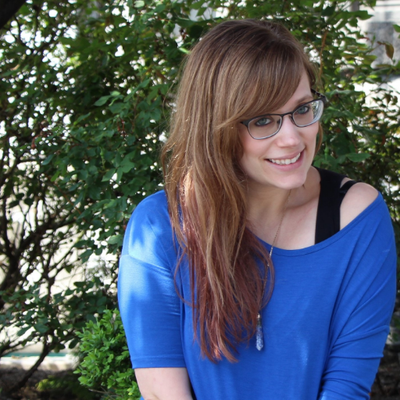 Jennifer Landis is a convert to the Catholic faith, a mom, wife, writer, and blogger. She is the founder of Mindfulness Mama, a blog where she encourages moms to make more out of mom life by finding moments of mindfulness every day.