Several years ago, I blogged about a conversation I’d had with a friend regarding whether some of the more gruesome saint stories are off-putting enough that parents might hesitate before choosing the name for their child.

We certainly do have our share of such stories! Examples include St. Charles Lwanga being burned alive; St. Margaret Clitherow being crushed to death; St. Nicholas Owen being tortured so violently that he died of his wounds; St. Ignatius of Antioch being torn to pieces by lions; St. Cecilia’s three days and three nights on the floor with a partially severed head; St. Lawrence of Rome being cooked to death; St. Maximilian Kolbe being starved and then given a lethal injection; and the depictions of St. Dennis as carrying his head around under his arm after his beheading … just to name a few!

Some of my readers commented on that blog post with their own experiences: One mama takes comfort in the friendship between Lazarus and Jesus, and as a result sees Lazarus as a real name possibility for a baby — though her friend thought the four days he spent in the tomb was too macabre for her to consider the name for her baby. Another was determined to name her daughter after St. Maria Goretti because of favors received through her intercession, but admitted that she was “a little worried about how to explain that whole story” to her daughter. Another gave her daughter Perpetua as a middle name and wrote that she thinks it would be wonderful if her daughter strives to be like that Saint, even while arguing that “you can maintain a child’s innocence … when telling these stories by limiting details and emphasizing different parts of their story.”

A couple of readers observed that kids don’t seem to mind the gruesome details. One mama said, in thinking about St. Sebastian, that kids usually “love a good gruesome story” and it impresses on them “that God is WORTH dying for.” Another said her son is named after St. Isaac Jogues and “he loves the gruesome parts. He thinks it’s cool and tough.” A third said she thinks that “fortitude in the face of suffering for the sake of Christ is what makes Saints — and the exciting stories will be fun for the kids to learn about!”

The topic recently resurfaced when I was talking to someone about the popularity of the names Chiara and the Charles variants that I’ve seen among Catholic families over the last few years, and I referenced Bl. Chiara Luce Badano and our new Bl. Carlo Acutis (pictured below) as some of the inspiration behind those names. She said she wasn’t sure there were many parents who would want to name their babies after holy people who died of cancer as teenagers or young adults. 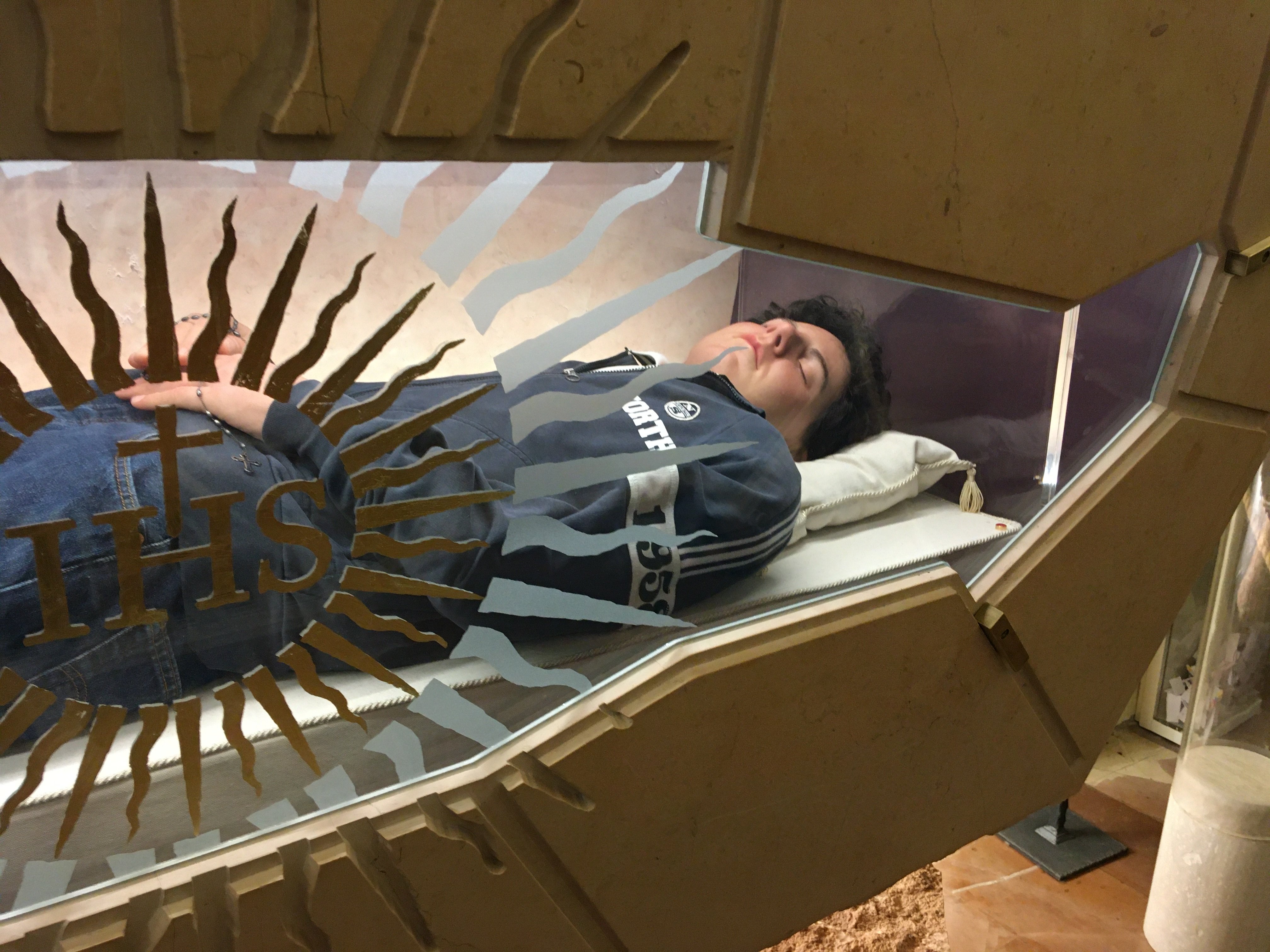 There does seem to be a little more to consider when you’re talking about child Saints. Child saints are children who died — is there anything worse for a parent to consider? And yet, I’ve seen parents (including myself) consider and bestow names for their children honoring St. Agnes of Rome, St. Dominic Savio, Sts. Jacinta and Francisco Marto, St. Tarcisius (pictured at top), Bl. Laura Vicuña, the Holy Innocents, and Little Nellie of Holy God (not a Saint or even a Servant of God, as far as I know, but a three-year-old girl known for her holiness who inspired Pope Pius X to lower the age for First Holy Communion).

In light of Carlo Acutis’ recent beatification, I was asked on Twitter if I thought Carlo would be “the” Catholic name of 2021, and several people shared on Instagram that they were thrilled to add the name to their baby name lists; I also know of at least four babies named in honor of Bl. Chiara Luce Badano. All of these holy people were under the age of eighteen when they died; all were models of faith, even at their young ages.

CLICK TO TWEET
Are you put off by the gruesome stories of some of our holy heroes? #catholicmom

Though I love the heroism, fortitude, and faith in such stories and would be proud for my children to have the patronage and protection of such holy heavy hitters while growing up and maturing in their faith, including (and sometimes especially) those to whom they’d be able to relate even more so as children and teenagers, I can certainly understand the perspective of those who just can’t give a name with such history to their babies.

What about you? Are you put off by the gruesome stories of some of our holy heroes? Would you consider such names for your own child(ren), or have you?