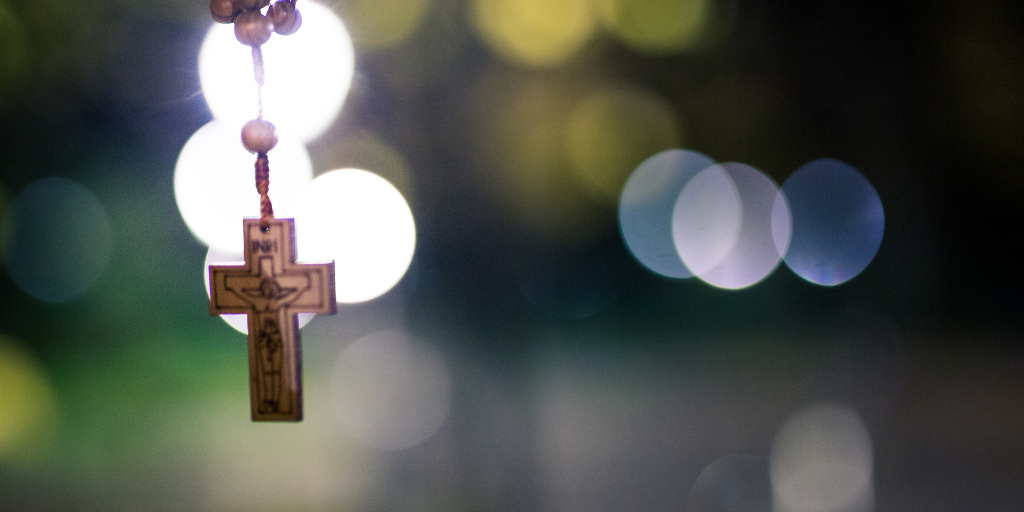 Tiffany Walsh considers how small changes in your prayer practice can grow into new habits.

Many people see January and the new year as the time for fresh starts and new beginnings, and indeed, I am among that number. At the same time, as a person who loved and attended school for as many years as I could, and who to this day works on a college campus, I see September as a “second new year,” an additional time for newness and opportunities to nurture budding habits. There’s a freshness that this particular change of seasons brings, particularly as it works in tandem with the start of a new school year. It feels like the perfect point of the year to try and pick back up some neglected habits, or to start new ones.

However, this year, with many people returning to work and school routines that have not been present for 18 months, starting an ambitious new prayer schedule (or any other kind of schedule!) may feel somewhat overwhelming. Going back into my office on a regular basis now, I have sought to reconnect with my prior habit of praying the Rosary on my commute, but have struggled to be consistent with it. I do believe that God speaks to us, and plants seeds, through the voices of others sometimes, and recently a little lightbulb went on in my head about this very issue. 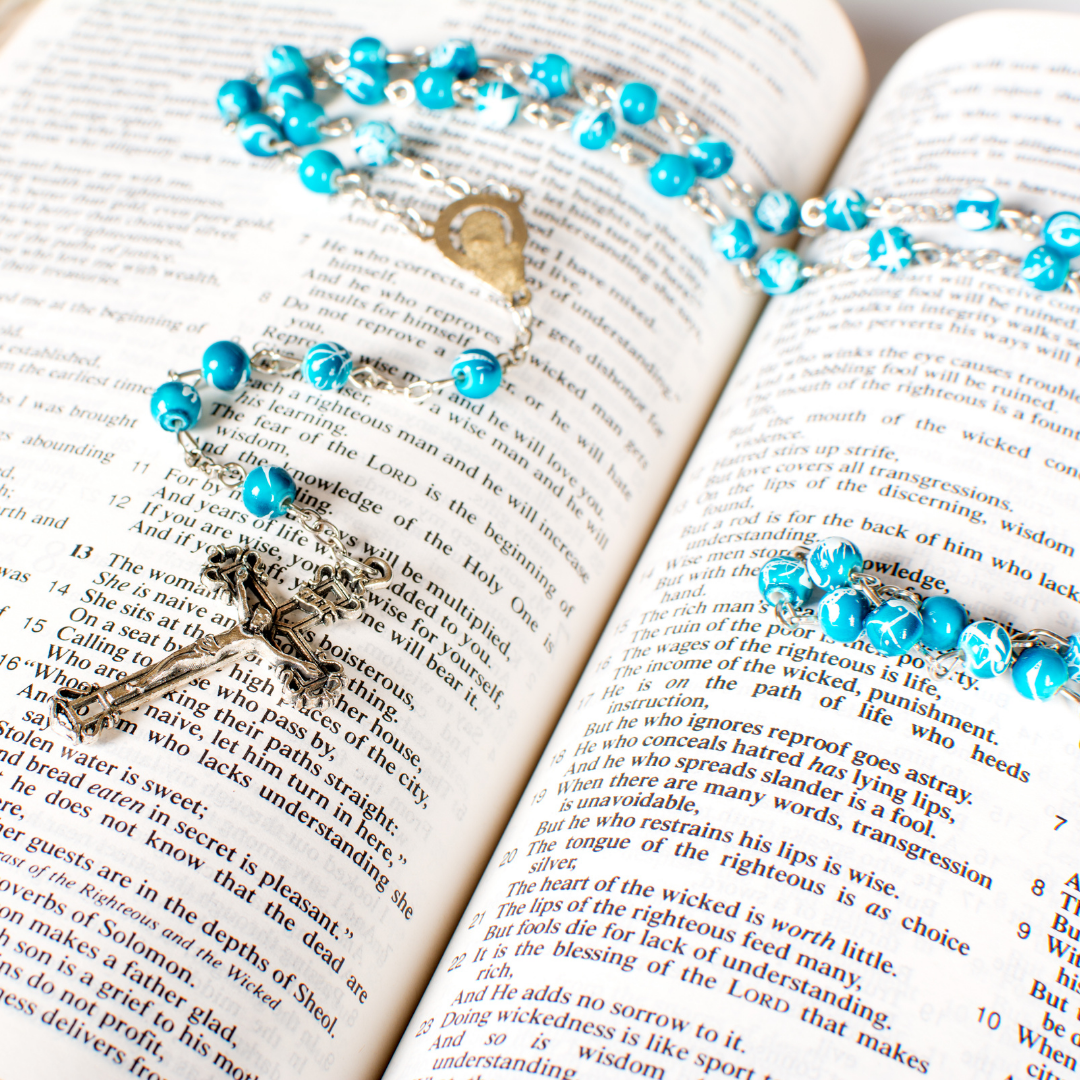 I noted that in two separate podcasts in my listening queue, the hosts spoke about a book they recently read that encouraged creating “tiny habits”: small, micro changes to your behavior that you can realistically work into your life on a daily basis, and that can effect larger changes over time. For instance, if your goal is to meal plan for a full week of family dinners, and to accomplish this weekly task every Saturday morning, yet you keep procrastinating on starting in on this imposing idea, you could begin by leaving out a notepad and pen for yourself on the kitchen table every Friday evening. On Saturday morning when you see the notepad and pen, you are reminded that you would like to come up with some ideas for dinners that week, and to create a grocery list. Once you create the grocery list, you are much more motivated to get to the store to procure the supplies you’ll need to make the dinners during the week. Next, you could cultivate a habit of grabbing a different cookbook each week to leave out with the notepad and pan to rotate up the options for dinners and keep the process interesting. Once the habits of leaving out the cookbook, notepad and pen become ingrained in your behavior, you’re more likely to follow through with the actual meal planning and grocery shopping for needed supplies.

It struck me that one could do the very same thing with the life of prayer. In my car, I started leaving out a few small, single decade rosaries in the cup holder closest to my seat on the driver’s side. Knowing that the small rosaries are there makes me more motivated to grab one to pray just one decade, which seems more manageable to me these days than a full Rosary on the commute into the office.

Most weekdays now, I’ve been praying a decade of the Rosary. Over time, this could easily expand to two decades, and then on and on until I’m back to praying a full Rosary. But for now, having the smaller beads at the ready has motivated me to pray at least that amount. Little steps lead to big things!

Have you ever tried to incorporate micro habits into your prayer routine? What new prayer goals are you setting for yourself this September? I would love to hear about it in the comments! 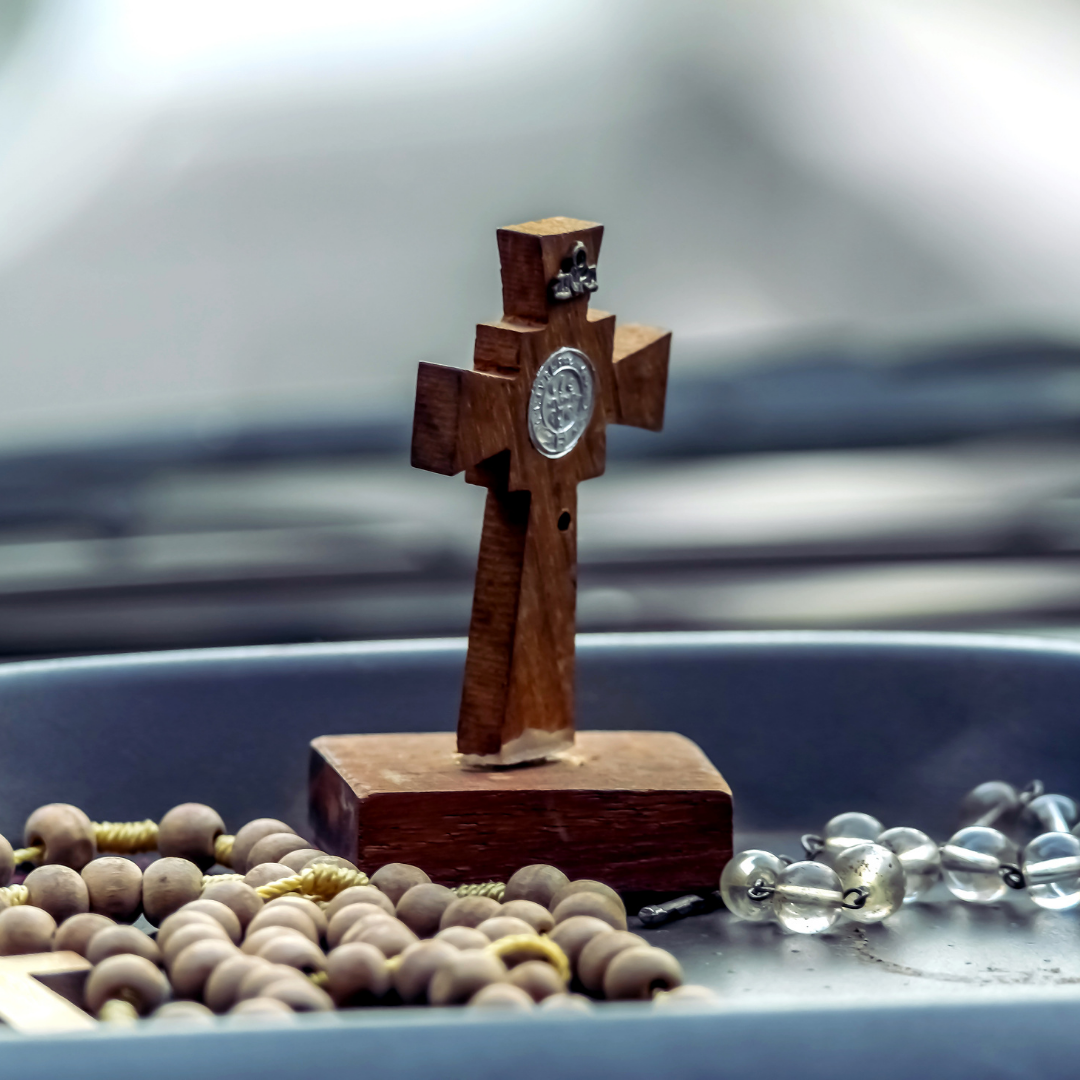