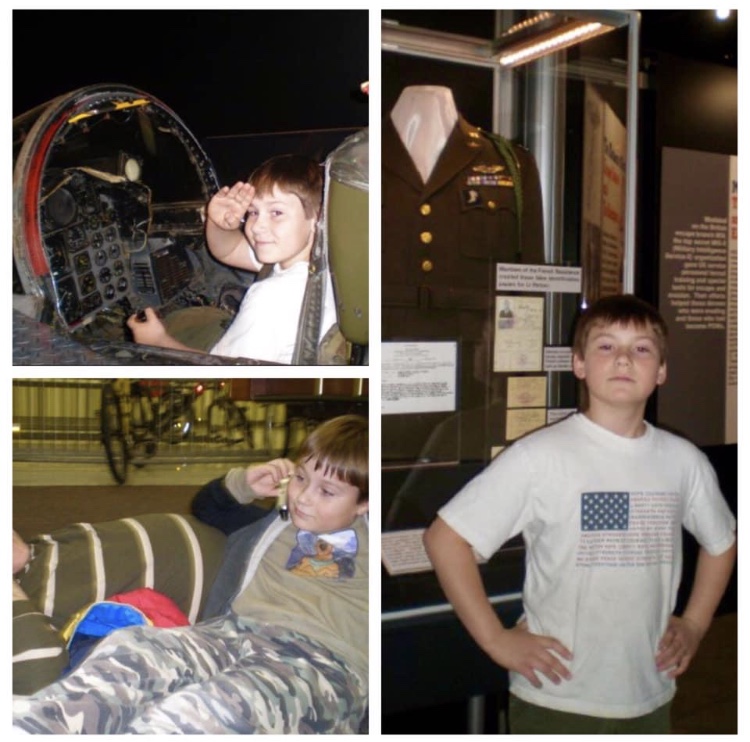 One Sunday at Mass, I heard an Old Testament reading about King David, and I had a sense that the child we were expecting was a boy, and his name would be David.

Before I formed you in the womb, I knew you. (Jeremiah 1:5; emphasis mine)

David was our fifth child and his growing-up years were tumultuous. As a toddler, David began to exert his strong will, throwing fits when he didn’t get his way. We used loving discipline, time outs, and even spanking, which made him more defiant!

I remember one summer, heading off with him to a Catholic family festival. My son was afraid of clowns. The second we approached the entrance, he saw some people walking around, with faces painted, from a clown ministry. He had a meltdown and absolutely refused to go in! He grabbed onto a fence pole and held on for dear life. Try as I might, I could not pry his little fingers off. After several moments of coaxing, I gave up, and took him home. He was 4 years old.

A couple months later, I was listening to a Catholic psychologist, a wife and mother, on the radio. They encouraged people to call with questions.  I got on air and explained the situation with my stubborn 4-year-old son. She answered, “Wow! Sounds like he is really strong-willed, the type that one day may become a priest, a bishop, maybe even the Pope!” She then went on to suggest I try a boot camp with him for two weeks, pretending we were in the military, and I was his drill sergeant.

This was right up my boy’s alley. He already gravitated towards all things camouflage. So we put on our boots and got to work, with a daily routine, marching, doing chores. I barked out commands, and if he didn’t follow through, I made him do laps around the garage. It was great while it lasted.

I even asked David’s pediatrician if he could do a brain scan to determine the cause of his constant raging temper tantrums. The doctor looked at my little boy, stooped down to his level, and asked him, “Why do you scream and yell at your mommy?” My son sweetly replied, “Because I don’t get my way.” The doctor’s look said it all. I was so embarrassed, I wanted to crawl under a rock. Each day I was on my knees praying for my son. I understood that there was a reason God made him so strong-willed.

[tweet "Each day I was on my knees praying for my son. I understood that there was a reason God made him so strong-willed."]

David grew, was a normal kid, and well behaved at school. He played sports for the Warriors, his school team. I read to him stories of the Saints. Maximillian Kolbe was a favorite of ours. His baptismal name was Raymond, and it seems he gave his poor mother a run for her money. One day, after spanking him for a misdeed, she asked, "Raymond, what is going to become of you?” The rest is history, as he became a priest, his life ending heroically in a concentration camp. David chose St. Maximillian Kolbe as his Confirmation patron saint.

David continued to challenge discipline. When David was 8 years old, one night, I had sent him to his room. He resisted and kept coming out of the room, so I told him he was to stay there for the night, and with lights out. Of course, he turned on all the lights.  I quietly went into his room, unscrewed the bulbs from the sockets, and removed the lamps. I then put a chair right in his doorway, sat down, and prayed the Rosary out loud. He finally fell asleep. I had won that skirmish.

The high-school years were extremely difficult. After graduation he enlisted in the military. We accompanied David to his swearing-in ceremony, then in the fall, off to Basic Training. David wrote frequently and went into detail about the rigors of Basic Training.  We drove down to Georgia for his graduations. The final ceremony was magnificent, with band, parades, and gun displays.

He came home a changed man, much more respectful. He enrolled in college, with the GI bill, and moved away. Last spring, he was called up to duty. He was deployed, in July, out of the country for a year. I sent him off with a blessed Miraculous medal and prayer books. Last Valentine’s Day, David surprised me with flowers!

I know God will bring good of all our sufferings and trials. I believe that just as my son, David, is a brave warrior in the physical realm, he will become a valiant warrior for Christ, in the Church Militant.

Can you see traits in your children that may be hints of God’s mission and plan for them?

Prayer: Oh God, our loving Father, thank you that we are wonderfully made. Help us work with you to raise our children, to live the purpose and mission that you gave them. 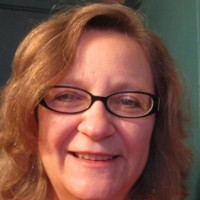 Kathy Perusek is a mother of seven children, and a grandmother. She was a stay-at-home mom until her oldest child graduated college. Kathy then returned to school, earning associate degrees in nursing and arts. She worked as an RN in a hospital, then for hospice; currently, she works in a pediatric practice. She is a former La Leche League leader and enjoys reading, singing, and babysitting.

WANTED: Somebody to Make a Difference
Read
Dining With the Saints
Read
Seek Happiness
Read