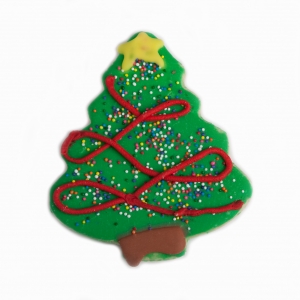 Part of the genetic code of siblings is uncivil warfare. Most of these fights stem from trying to carve out or maintain turf. But the inspiration for brother/sisterly scuffles can be anything (Mommmm, it's my turn to use the Wii/computer/tv), to nothing (Mom...she's giving me the evil smile) to all things visible and invisible, desired and denied.

One child loves sugar cookies and another is a devotee to only chocolate chip. In the interest of inter family peace, I'd purchased two bags, one of each of the slice and bake variety. Alas, even this bit of forethought was insufficient to prevent what followed.

After school, one daughter baked said cookies. Envisioning my children screaming as they tried to suppress the desire to spit out the hot chocolaty goodness because it was leaving chocolate chip sized divots on their tongues from the heat, I made them wait for the little suckers to cool.

Then I served 8 plates (the baby didn't get one and the oldest was at school for an exam), 6 with one of each kind, 1 with 2 sugar and 1 with just chocolate chip. The children came to the table in shifts to get their snacks. I was pouring milk and thus did not monitor seating arrangements and here the mischief began. The double chocolate chip got consumed by an unknown player, but evidently not the person designated for the two-fer. Having witnessed the outburst, none of the others volunteered to admit if they'd done the deed. Besides, they got extra cookies by staying silent.

My son went back to the kitchen for a refill but alas, he would only be able to have one chocolate chip and a sugar, he'd lost out on the opportunity for a double dip of his favorite cookie. This grievance had to be avenged and addressed. He turned on his sister (his first/foremost and most often) target. She claimed innocence. I pointed out there was no proof and that I had a solution if he'd allow. He kept attacking. In frustration, he kicked her in the ankle. I separated them, no longer interested in the investigation. I sent her to play and him outside to cool off.

Now I'm fairly certain that she might have had a part in this, (I'm envisioning two sisters or a sister and a brother came in and impulsively ate each one cookie extra) but kicking ruled out any further discussion. When he rang the doorbell, I sought to reestablish peace.
"I can solve your problem." I offered.
He wasn't interested. I re-shut the door.

He rang the doorbell multiple times. It is obnoxious.
"Look. I have the ingredients to make home made chocolate chip cookies." I explained. "I'll make you some."

He muttered about blaming his sister. I shut the door again.

After trying each of the entrances and discovering I'd also locked the car door so he couldn't sulk in the van, he knocked once more in a hard angry manner. I opened the door just a hair and explained things. "You can have Revenge or you can have cookies. Home made Chocolate chip cookies warm from the oven. I'll even let you make them."
"Revenge."

It is ever thus, the human soul when offered paradise and hell, often thwarts itself. It was cold outside but I shut the door once more thinking back at my own brother and how we specialized in tormenting each other, but only if our blood was truly up, would we not have gone for the cookies. It was hard not to let my own psyche start to be pulled in; I wanted to say "Bah!" and wash my hands of the whole mess but then it occurred to me (and I consider this grace because my first instinct was to say, fine, no one gets anymore cookies, we're done, kitchen closed....) kind of rant. My son's blood was truly up, he felt his grievance keenly even if it was trivial and like all the souls at Christmas, he needs the grace of this, of lavish giving anyway and started baking.

He peeks in the window near the kitchen and then miraculously, there is a meek knock at the door.

For the record, he apologized to his sister for kicking. We never found out who ate them originally but my son even shared the chocolate chip goodness afterwards. I deliberately decided not to do an investigation. Cookies on a plate, the raw dough goodness, all of it once he allowed himself, erased the need. For a kid, he'd been given the option of fire and water, and after some deliberation, finally chosen life over death. Cookies. Revenge. Christmas. Sin. Why do we chose otherwise? Thank goodness Love ignores our stubbornness and offers Himself anyway.