Recall Abortion Answers All the Questions 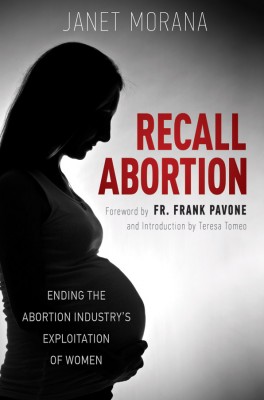 Today's book note is a week late. I've been carrying author Janet Morana's book Recall Abortion: Ending the Abortion Industry's Exploitation of Women with me for a few weeks and had intended to have my remarks on the book ready for last week's commemoration of the 40th anniversary of the Roe v. Wade decision. That didn't happen.

In many cases, I blame my tardiness on busyness... too much work to do with too little time. But that wasn't the case here. What I lacked wasn't time, but rather the appropriate words to tell you how significant the work Janet has done in Recall Abortion has been in my heart. I've long considered myself pro-life, and yet never felt that I had the adequate tools to compellingly defend myself in a debate or even in a heated conversation. With Recall Abortion, Janet Morana gives us not only tools, but a full, well documented and primed-for-action arsenal to use in battle. And make no mistake -- this is a battle. 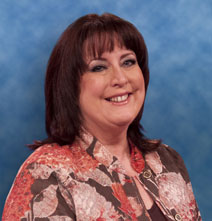 So I was all set to write a normal review of this book, and to give it my highest recommendation. I was set to tell you that it is at once expansive and also concise and highly readable, that it delivers facts, but also compelling personal testimony. Here's a blueprint of the book from Janet's publisher:

In Recall Abortion, author Janet Morana exposes the myriad ways abortion exploits women, and calls for a national recall of this deadly procedure. She documents the way abortion risks and degrades women's health. And she exposes the false promises and lies by which it is pushed and sold.

Morana also investigates abortion's debilitating after-effects, and gives a voice to those women who have chosen abortion and have regretted it. These testimonies (so often silenced by the abortion industry) are a powerful and sometimes heartbreaking glimpse into the real suffering abortion causes, including deep depression and lasting physical and emotional scars.

Abortion does not empower women. It is not health care. It harms women, severely.

I want to share with you that my heart changed about my review last Thursday night, while attending a Rosary after the death of a good friend. My friend Dan was also my television director and producer for the past few years. In fact, if I know anything about using the medium of television, it's thanks to Dan's expertise, coaching and largesse with my rookie ways. A consumate professional, perhaps his best abilities professionally related to making great art with the limited budget available at a Catholic-owned television station. Attending Dan's funeral was a privilege. But it was also a reminder about the importance of work being done by women like Janet Morana.

Dan was the proud parent to a son born with Down Syndrome. At Dan's Rosary, literally dozens of his son's friends -- now young adults with meaningful lives -- came forward to testify to the power of Dan's witness as a pro-life advocate. Dan wasn't the type to witness simply with arguments. Instead, he witnessed with his hands, his heart, and his time. He was a mentor, a special olympics coach, an advocate... he made a true differnence in the lives and worlds of so many people that the rest of society likely might judge "less than"... indeed people who might in other circumstances have been victims of abortion. Dan knew their hearts, their capacity to love, their talents (and batting averages!) and the ways in which they continually make our world a better place.

Sitting at Dan's Rosary, my mind flashed to the main premise of Janet Morana's book Recall Abortion: Ending the Abortion Industry's Exploitation of Women -- that NOW is the time to "recall" the scourge of abortion. Janet makes her argument with facts and realities, but also by giving a voice to women and men whose lives have been forever ripped apart by what some call "choice". Janet deftly answers all of the main arguments you'll hear for keeping abortion legal both with concrete realities and with the personal accounts of so many. She ends almost every chapter by asking us, "Isn't it time to recall abortion?"

Listening to my friend's eulogies so beautifully delivered by gifted people whose parents chose life, I sat asking myself Janet's question: "Isn't it time to recall abortion?"

I am grateful for Janet Morana -- for her ongoing work with Silent No More and Priests for Life,  for the tools she has given us with Recall Abortion, but perhaps most of all for her reminder to me personally that being "pro-life" doesn't simply mean believing something is wrong, but also that it necessitates being a part of the solution. With her book, she's given me not only a needed prod to action, but also the framework for being a part of definitive change.

"Isn't it time to recall abortion?"

Purchase Recall Abortion: Ending the Abortion Industry's Exploitation of Women and support CatholicMom.com with your purchase