It is hardly a coincidence that in 1945, the year that World War II ended, Pope Pius XII looked at the suffering, fragmented world and declared Our Lady of Guadalupe patroness of the Americas.

The apparition of Our Lady to the Indian Juan Diego was a transforming event in history, one that marked “the beginning of evangelization with a vitality that surpassed all expectations,” as Pope John Paul II emphasized in his homily for Juan Diego Cuauhtlatoatzin’s canonization on July 31, 2002.

To put it in a historical context, the 1531 apparitions took place less than 40 years after Christopher Columbus arrived in the New World.

“Christ’s message, through his Mother, took up the central elements of the indigenous culture, purified them and gave them the definitive sense of salvation,” Pope John Paul II explained. “Guadalupe and Juan Diego have a deep ecclesial and missionary meaning and are a model of perfectly inculturated evangelization.”

Watkins’s latest film, The Blood and the Rose (Renegade Productions, 2013), tells the history of Our Lady of Guadalupe. But it does much more than that. 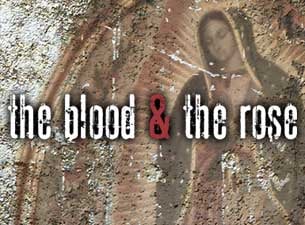 The documentary film begins by positioning the Guadalupe apparitions within the Church’s understanding of Mary and her role in the history of Salvation. But perhaps even more importantly, “The Blood and the Rose” also presents the ramifications of this miraculous event within the context of the history of Latin America—explaining it’s decisive role in precipitating the rapid spread of the Gospel in the American continent.

Before working on this project, Watkins confesses, “in many ways I just thought of [Our Lady of Guadalupe] as a ‘Mexican thing.’ Boy was I wrong, and what a ride it has been to learn and now share this most complete story of the global miracle known as Our Lady of Guadalupe.”

The fact of the matter is that much of what we know of the culture of that era is a mix of personal narrative, tradition, archaeological theory and iconographical sources.

The story of Juan Diego’s encounter with Our Lady, for example, was initially transmitted orally, recorded through Aztec pictographic chronicles called mapas, as well as through the beautiful detailed ballads chanted even now by elderly Indians to accompany the annual dance at the plaza of Guadalupe.

It is remarkable, therefore, that the first and oldest written document on the Guadalupe event dates a far back as 1556: "el Nican Mopohua" (written in Náhuatl, the official language of the Aztec empire).

Almost as important as getting to know Our Lady of Guadalupe, director Watkins would like viewers of the film to walk away from The Blood and the Rose with a clearer understanding and appreciation for Juan Diego and for his importance to the Catholic faith.

“[Juan Diego] was just a simple humble man who had an awakening, heard the Word and then proceeded to [facilitate] a miracle of epic nature,” Watkins explains.

“[Juan Diego] was born to be the Messenger Eagle (the meaning of his name in his native tongue, Náhuatl), and with our baptism, so are we! We hope this film will serve as an awakening for viewers to recapture our baptismal spirit and let ‘the Messenger Eagle’ from within each of us, out! Let it fly. We must know and spread the Word of God.”

The most important aspect of the apparition of Our Lady of Guadalupe, declares Watkins, is that “she who is our Mother… shows us, with her head bowed, hands in prayer, and with bent knee… that there is someone more important than her in the image, that being the Christ child in her womb.”

And according to Watkins, this makes Our Lady of Guadalupe the supreme icon for life,  “signaling the importance of all life from the womb to the tomb.”

María Ruiz Scaperlanda writes regularly at DayByDayWithMaria.blogspot.com/. María is an award-winning author, journalist, and retreat facilitator. She has been published broadly in the U.S. Catholic Press, traveling on international assignments in Central America and the Caribbean, Israel, Turkey, Jordan, and throughout Europe. María and Michael reside in Norman, Oklahoma.