Two Truths and a Lie

Editor's note: Today, we welcome guest contributor Britt Leigh we conclude our three week "back to school" partnership with our friends at Pauline Books & Media. Be sure to check out Britt's fabulous teen novel Ten Commandments for Kissing Gloria Jean (even if you're not a teen!) I know you'll love it! Lisa

Two Truths and a Lie

There is a commandment—the eighth, I think—that says, Thou shalt not bear false witness against thy neighbor. And if you’ve ever led youth ministry or taught classes, you might recognize that the game “Two Truths and a Lie” kind of breaks it. But I’d like to use that device to introduce my book—my mission, really.

I wrote Ten Commandments for Kissing Gloria Jean to address the big lie teens have been told by their culture, their media, and even their friends; and to inspire them to seek out the capital-T truths they need to know. 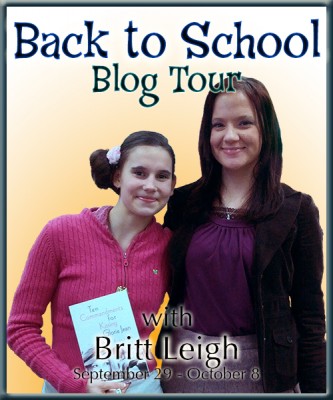 The Lie: Lust is love.

Teens—especially girls—hear it on the radio, see it on TV, and maybe even experience it in school halls: sexual expression is the same as love. Or that love is only defined by “how far you get.” But this way of thinking about love is not God’s way . The world gives our girls false messages—that what they do with boys is “okay” if they’re “in love,” but the love God calls us to is very different.

The Truth: Love is choosing what is good for the other, even if it means sacrifice.

“True” love is sacrificial love. It isn’t feelings. It isn’t “action” that you get or give. Love involves giving up or sacrificing something for the sake of the other. Sometimes it means giving up something; at other times, the times you’re called to the highest form of love, it means giving of yourself. For teens, loving sacrifice might mean giving up their phone so a younger sibling can play with the apps. Giving of self might look like volunteering to do the weekend chores so mom can relax.

But what does this truth look like in a young person’s romantic life? Or can it even exist, really? Families should discern this issue with great prudence. Not being a mom myself, I’ll refrain from editorializing on this issue. But as a former teen still connected to the thoughts, hopes, and desires of young women, I can say, that when the time comes for dating or exploring feelings that crop up with puberty, do tell your daughters and sons about the great lie in the world and the great truth. Sacrificial love may seem impossible to teens. Why would anyone give all of themselves? Why practice chastity? The answers to those questions reveal a second truth. 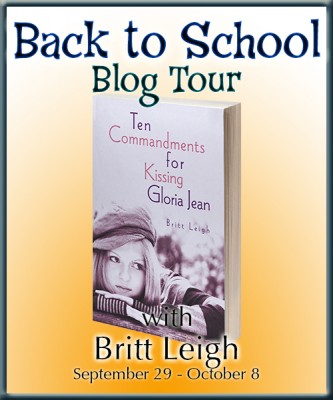 Another Truth: You are made for something more.

To begin to address teens’ questions about life and love, I believe you can and should help them by explaining their purpose in life and in this world. How many teens do you think know that they have not just a body but a soul? That they were created out of love by God? That they have a unique call? I believe that information is empowering and emboldening. It’s been documented that teen girls with low self-esteem get involved in sexual activity earlier and at a higher level (Adolescent Health, 2006). By not just telling teen girls about their identity as beloved daughters of God, but by getting them to believe it, they will be better equipped to combat the cultural lie that they are just body parts; that love is just sexual expression.

Teens love to be told what is true and real, to trust that you’re not messing with them. So show them the lie; tell them the truth.

Britt Leigh is the author of the teen novel Ten Commandments for Kissing Gloria Jean and the foreword for Teens Share the Mission. Both books are published by Pauline Books & Media. Her writing has appeared in Chicken Soup for the Soul: Teens Talk Middle School, Chicken Soup for the Soul: Teens Talk Getting into College, and kidsfaithgarden.com. She holds a Certificate of Catechesis from the Theological Institute for the New Evangelization (Boston) and a certificate in chastity/abstinence training through the Center for Relationship Education. She blogs at brittleighbooks.com and for young women at proverbialgirlfriend.wordpress.com.

Wearing Our Sunday Best?
Read
Tying Our Own Shoes
Read
The Beauty of the Trees
Read