Into the Woods: Will 2015 Be Happily Ever After? 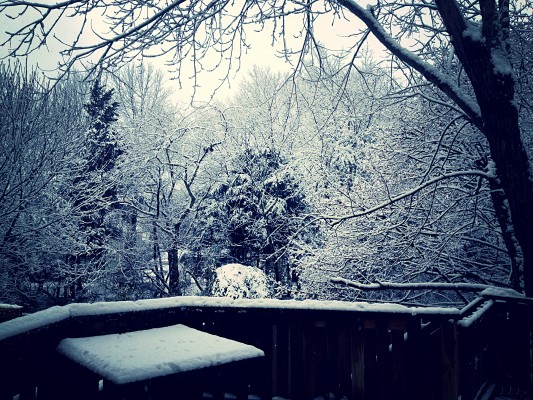 On New Year’s Day I went to see Into the Woods with my 8 year old daughter and some friends at a brand new, state of the art digital movie theater. (Everyone had king-sized individual recliners!) It’s funny because last year we spent New Year’s Day with the same friends in their living room watching an advance copy of Frozen with a similar group of girls. Whereas Frozen basically led to all things “Let it Go” in 2014 and the franchising merchandise spun off from that movie, Into the Woods (at least from what I can tell) had a much deeper, less patently materialistic impact on my child. Of course she is still singing all the original music and reading the liner notes every time we get in the car!

Full disclosure: when Into the Woods first came out as a play I was quite active as a director and actor in high school and summer theater on the Jersey Shore (off-off-off Broadway). The clever way Stephen Soundheim and James Lapine weave multiple fairy tales together and layer in musical motifs that match the drama (real or remembered) of high school life and all that happened “Once Upon a Time.” Listening to the musical now, after watching the movie with my daughter, it’s clear to me that the play is both different and superior to the movie. Nevertheless, for my daughter, the movie was as magical an experience and entry into the genre of live action musicals as I could hope for her to have.

At first, I wondered if my daughter would be familiar enough with each of the fairy tales to understand how Into the Woods weaves and transforms them. I wanted her to understand and appreciate this new creation rather than get confused that THIS was the traditional/original story. I wasn’t even sure what stories she was actual reading now at her age.

She had long since read through Ivy and Bean, Diary of a Wimpy Kid, Magic Treehouse and other series. Since Christmas, she seemed much more content to play Minecraft on her new (OK used from eBay) iPod touch. But my wife reminded me that these fairy tales had been her bedrock from the very beginning when she would watch Super Why! on PBS. So we both had our reference points which made us eager to go see the movie together.

The movie is more or less faithful to the musical. Many of the familiar tunes are there and brought to life vividly on the big screen. The essential mixing of the Jack and the Beanstalk, Red Riding Hood, Cinderella, and Rapunzel story lines with the Baker’s Story and the Wicked Witch are also there, minus all the chorus numbers that made time for scenery changes onstage.

The drawback from this tighter telling is two-fold. One, the absence of these choral numbers means there is less banter upon which Soundheim and Lapine’s music and text weave and build their complexity. These choral moments were replete with witty aphorism and platitudes (i.e. "No knot unties itself!", "Sometimes the things most wished for are not to be touched!") that pile up into some folk wisdom that's funny because it's true. But it also echoes the dramatic obstacles embedded in the play.

Secondly, the movie both begins and ends with the Baker telling the story, “Once upon a time…” so in some senses the viewers already know that at least his character lives “Happily Ever After” from the very beginning. In the play, a role is given to a Narrator who helps connect the story/play to the audience (that’s his job). And because it's a play, it physically bridges the action onstage with the lives of the audience in real time in this world. Later, the Narrator appears as the Mysterious Man who is the Baker’s absent father. Such a move effectively brings us from our world into their intimate encounter. In the play, the two sing a very important song, “No More”. This is sorely missing from the movie. But enough of these details.

There was such joy watching this movie with my daughter. It was almost as if we had gone to Broadway and she was drawn up by the magic of theater. She laughed, she cried. She was transformed. But somehow not in the way that I didn’t fully understand or approve with Frozen. Upon reflection, I think that’s because Into the Woods wanted to draw you in through the music to a story to make the point that we all have fairy tale expectations that we know are unreal and that lead to complicated lives. But the stories and those wishes are worth having even if “Wishes come true, not free” for example. Frozen, or at least the way it influenced my daughter, propelled her into everything connected to “Let it Go” (fun songs to sing) and the merchandising trail it created. (OK, the movie did try to break with some fairy tale conventions: True love might not be from a prince, it could come from your sister, for example).

For me, Into the Woods reminded me how important primal narratives are. How the stories we tell are built upon memory, change over time, and ebb and flow from being our guideposts to being our baneful existence. We are after all motivated by a complexity of such narratives that evolve into our social and public policies, our basic values systems, and of course our religious beliefs. (In a much deeper way, I saw this movie version and my daughter and her generation's access to this piece of art similar to the ways Jews, Muslims, and Christians approach and weave together scripture stories with different outcomes. One person's folk tale is another culture's origin myth.)

Into the Woods (the movie) may fall short of a fully adult (and fully catholic) moral sweep of life's ultimate values. Reviews of the play when it first came out made a similar point. But the penultimate scene is a wonderful display of the Book of Genesis retold through the song “Your Fault”, when each of the surviving characters proceeds to trace where the blame belongs, resulting in the Witch leaving everyone “in the garden alone.” And the movie ends with having to wield the power of life and death to make the most important (and imperfect) decision in the movie while singing “No One is Alone.”

Nobody probably lives through these scenes and thinks, “I wonder if that’s why we all can't just get along.” But the social unrest that we experienced in the last quarter of 2014 in this country was exactly like “Your Fault.” I had to tune down my social media feeds over a whole host of issues. Many other people over the holidays said the same, pointing out that the divisions included family members and longtime friends who suddenly were so ready to take up arms or umbrage against each other through words or through supporting actions that had violent outcomes. I too wondered from the outside looking in what we as a country looked like. It seems what we were best at and what we wanted to do more than anything else was argue with one another. And to draw lines and fight.

I was so moved when the Witch sang “Stay With Me” to admonish her disobedient daughter. The scene so dramatically portrayed overbearing protection in the name of a frightened, fragile love. My daughter cried when the two fought, but she also turned to me at the end of the film with a little smile when she heard the lyrics to "Children Will Listen" and said quietly, “It’s true.” Children do disobey and parents aren’t always right, though each may want what’s best. It doesn't always end up that way. In the words of that missing song (No More), “We disappoint, we leave a mess, we die but we don’t.”

Seeing Into the Woods with my child was a graced moment for me. It were as if we heard the echoes of the most wonderful Gospel and Homily because it told us a truth about ourselves. We laughed (mostly at ourselves). We cried. And we mourned the dead. We tried our best to make amends. And things still weren’t perfect. But we still believed after all that had come to pass that there was Good News worth telling again. And we continued to hope for that happily ever after. "I wish!"