Laudato Si: Which edition to get?

It has been a little over three months since Pope Francis released his encyclical Laudato si'. People have read it and misread it, interpreted it and misinterpreted it, but it has been anything but ignored. A big reason for this is because of the "Francis effect," which is surprisingly still going fairly strong. 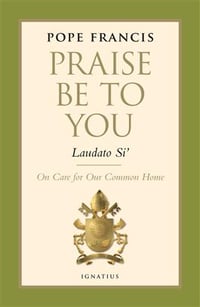 The liberal media still are trying to convince us that he is going to "bring the Church into the 21st Century" with women priests and accepting same-sex unions. To that I say, "Never going to happen!" We can also see their spin in their "reading" of this encyclical. They chose to focus only on the part about the environment, and completely ignored Pope Francis' message of human ecology, which includes respect for all of humanity the evils of abortion.

The encyclical is not addressed to just bishops or the lay faithful (like most all encyclicals), but is instead addressed to all people. It is divided into six chapters:

1. What is Happening to our Common Home
2. The Gospel of Creation
3. The Human Roots of the Ecological Crisis
4. Integral Ecology
5. Lines of Approach and Action
6. Ecological Education and Spirituality 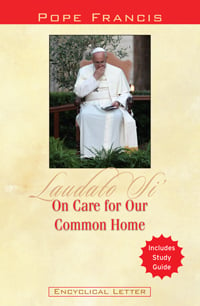 There are many good points in this document that it is hard to pick your favorite passage. In one part, Pope Francis reminds us that the earth was here before us and has been given to us. He makes it known though that this doesn't give us the right to abuse the earth, but we must treat it as a gift from God, because that is what it is.

Another part I particularly liked was when he addresses our technological "progress." He goes on to list important inventions of the past two centuries and the good it has accomplished. However, technology has also given us "tremendous power" in terms of nuclear energy, biological knowledge, and information technology that can easily be used for evil. We must therefore use technology as a tool to better people's lives and not a mere distraction or superficial object for our amusement. The last part I will discuss that I really like is where Pope Francis talked about us not putting the environment over people. It is all well and good to protect the earth and animals, but not at the expense of people.

So while you can read this document for free online, it is quite long and I recommend you buy a copy to read and mark up, if you so wish. But which edition should you get, because nearly every Catholic publisher printed a copy? When it comes to encyclicals, I always get copies from two different publishers. The first one I get is the Ignatius Press version, because it is a beautiful hardcover and they have been publishing beautiful hardcover encyclicals since Pope Benedict XVI. Now, if only they would go back and print Pope John Paul II's also!

The other version I get depends on which publisher provides supplemental material with their copy. Several did that this time, but I ended up with the Word Among Us Press version this time because of the study questions. The study questions proved helpful for individual and small group study with their release of Evangelii Gaudium, so I trusted that it would be the same for Laudato Si, and I was not disappointed! It's up to you which version to get, but my advice, if you have the funds, is to get both.

Your purchase of Laudato Si' through any of our affiliate links helps support CatholicMom.com but costs you nothing extra.