Tech Talk: What Do People Think of Your Kids?

Back around my 17th anniversary, I had a guest post at Snoring Scholar about the best advice I ever got for a happy marriage. When Nathan and I were still dating, someone told me not to criticize my husband in front of others. Ever.

Early in my marriage, I heard some advice that I scoffed at (a bit) initially. “Never, EVER say a negative thing about your husband in front of another person!”

At the time, we were in network marketing, and some of the women I admired had decided to take this advice to heart. So I decided to try it, too.

It turned out to be easier than I thought. My husband and I heard a similar message over our years in the organization: speak well of your spouse – and only well – when in the company of others.

We have kept this habit up since then, and it has reaped so many rewards. When people meet me for the first time, they have a favorable impression of me because Nathan has built that foundation for me. When I introduce my husband to someone new, they already have a positive impression of him. We both start ahead of the curve because our spouse puts us there by saying positive things about us. I never have to worry about what Nathan says about me because I know he's not complaining about me to other people, and vice-versa.

But our spouses aren't the only people who deserve this kind of treatment. 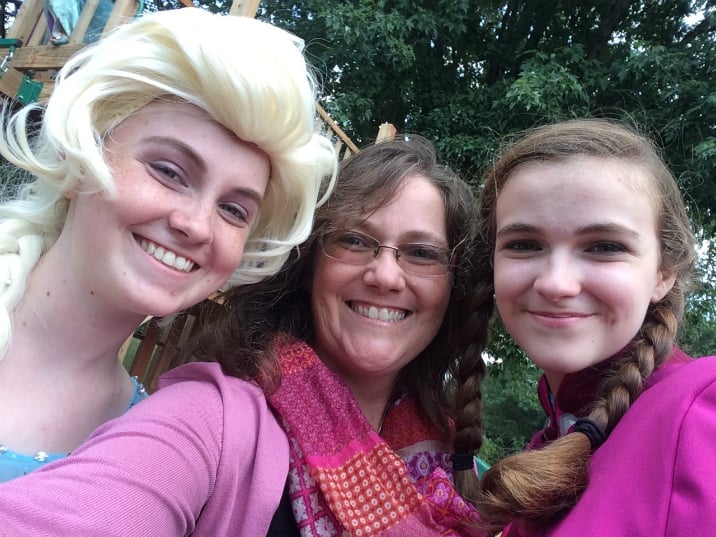 It's a popular thing to do online (in social media, articles, and more) to complain about how hard life is because of your kids. "I never get to shower. I never pee alone. They're always on me. I'm running like crazy for their stupid soccer games. I can't get my kid to pick up her room, and I think her dirty laundry is alive now. He leaves his football gear in the middle of the living room." Social-media shaming is a real thing that gets tons of clicks and likes, and I'm pretty confident that we've all been guilty of feeding that monster. (Think "Reasons my kid is crying" memes.)

But the thing is, is this was you having a bad moment, would you want it to be a meme? If you were overloaded and having a breakdown, would you want someone to make up a new meme for "Reasons my wife is crying"? Would you want your housekeeping held up for ridicule? Your dieting fails?

[tweet "If you're having a bad moment, would you want it to be a meme? By @CatholicMomVA"]

Do you want to be known for your worst moments?

Of course you don't. No one wants to be known for – or ridiculed for – their failures and shortcomings. But when we engage in this kind of talk, when we fall into complaining on social media about our kids, that is what we are doing for them.

I'll be the first to admit I still have to work on this myself. But it came to my attention when, one day, my older daughter told me she wasn't a fan of a particular person I followed on social media. When I pressed her for the reasons, she said, "Because she complains about her kids too much." As someone who read almost everything from the woman, I knew she loved and cherished her kids and that they were important to her, loved dearly by her, and that she thinks they're great kids! But for the casual listener (which my daughter was), the complaint to praise ratio was far too weighted towards complaints for her taste. As a fellow-kid, she felt badly for this other person's kids. And this made me realize that maybe dissing my kids publicly had become a habit for me, too. I started to make a concerted effort to publicly praise my kids instead of tear them down.

But what I am suggesting is that if we share those frustrations, it needs to be a minority item amongst our reports on how amazing we think our kids are. Those venting sessions should be seeking help or tempered with "here's what worked for me" stories. The final impression people should have about our kids needs to be positive.

We love our children. We want other people to love them, too! That's why we have to be careful about what and how we share our kids in social media. We have to make sure that we're showing them respect, building them up, and presenting them in the best light possible without resorting to presenting a fake picture.

What we need to do is practice the wisdom that Thumper's dad gave him:

If you can't say something nice, don't say nuthin' at all.