I Am Mark: The Gospel of Mark - On Stage! 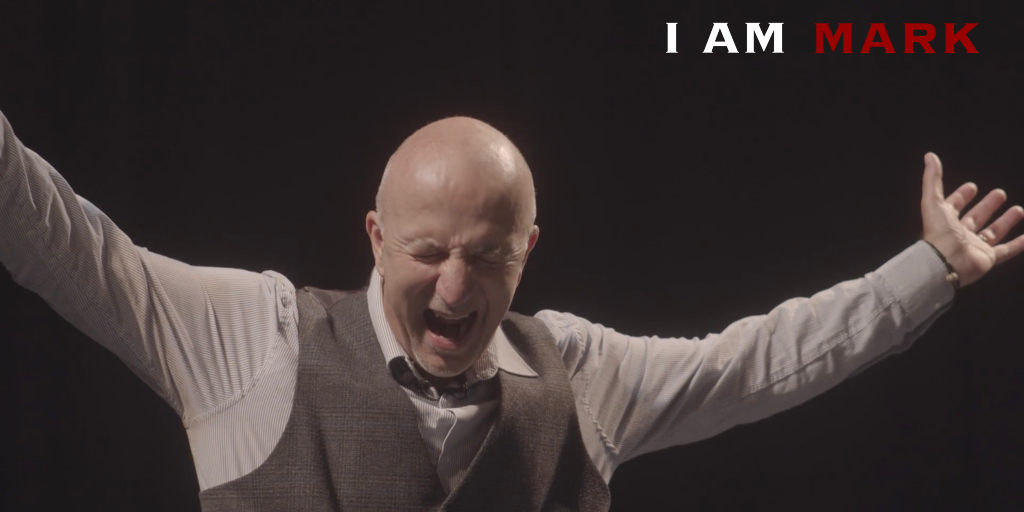 Christine Vincent interviews Stefan Smart about performing 'I Am Mark,' the complete Gospel of Mark - with a kitchen chair!

In this liturgical year of Mark, do you find it hard to get into reading the Gospel? Watch British actor Stefan Smart perform the complete Gospel of Mark, on stage with all the fire and joy Mark himself must have felt, but with an anachronistic partner: a kitchen chair!

I had the great privilege and pleasure to ask Stefan Smart some questions about his work and the story behind this production. It is quite a story in itself.

The big question: What made you perform the Gospel of Mark on stage?

So, as an English teacher, I used to love telling short stories to my students. One such story was ‘Through the Tunnel’ by Doris Lessing. The thing I appreciated most was the way in which the students were completely mesmerised by the story, as was I. We seemed to be transported to an imaginary world, where our pale existences faded into the background. It was as if I held them, so to speak, ‘in the palm of my hand.’ I began to ask myself, how I could best link what seemed to be this gift for telling stories well to my Christian faith? It was then that I hit upon the Gospel of Mark. 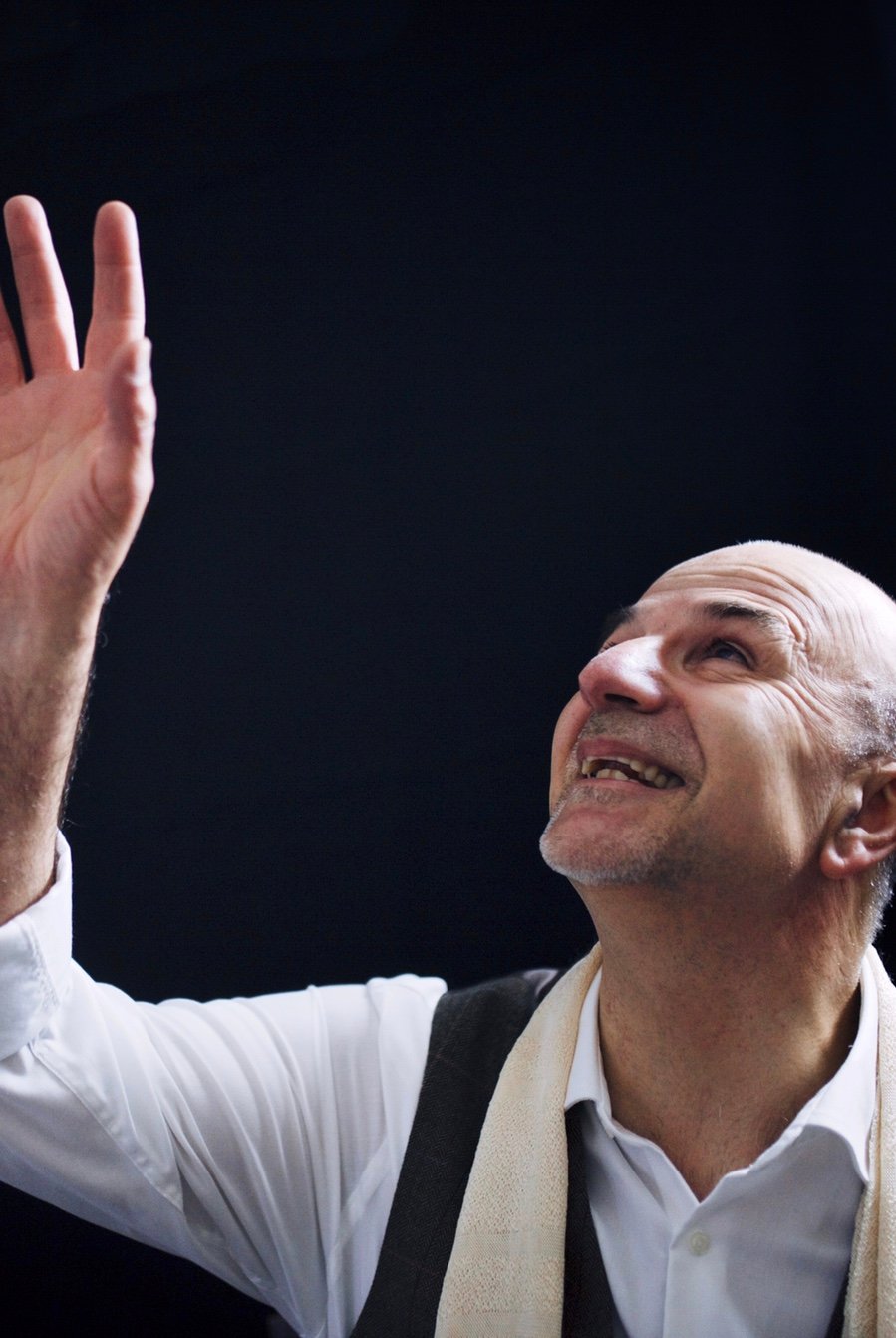 Mark’s version is the most dramatic of the four Gospels. If I was going to make the Bible in any way exciting, then it was going to have to be Mark! Finally, I was comforted by the fact that Mark’s Gospel is very short; at only 11,000 words. This made it instantly attractive, from the point of view of learning all those lines!

I wasn’t necessarily convinced that this was something that I had been ‘called’ to do. So to start with, I used to perform the odd passage or two in churches. The response was generally very favourable, indeed in a large number of cases, quite electric. But I still didn’t know whether this was a thing I was ‘supposed’ to do. Until that is, I went on a silent retreat for a weekend of recuperation. After I had centred down and got quiet, I went on a walk with God. And as I walked, the whole subject of Mark’s Gospel came up. For goodness sake, I argued, I hadn’t even got a name for the production! Even more frustratingly, I had recently had this outrageous idea of performing the whole of the Gospel at Speakers’ Corner in Hyde Park, a famous UK institution where anyone can turn up, stand on a step ladder and start speaking their mind - all at the same time! “Please God,” I cried out, “Give me a sign! As soon as I finished praying, I found that my walk had taken me into a parking lot by a beach. And as I looked up I saw a notice for drivers which said, PARK MARK.

It was a sign -- a literal sign! At once I knew I had found what I had been pleading for -- a great, big YES from the Lord: YES to doing this in the first place; YES to the idea of doing it in Hyde Park; and, while we are about it, a fantastic idea for a name; that was obvious now: Mark in the Park. 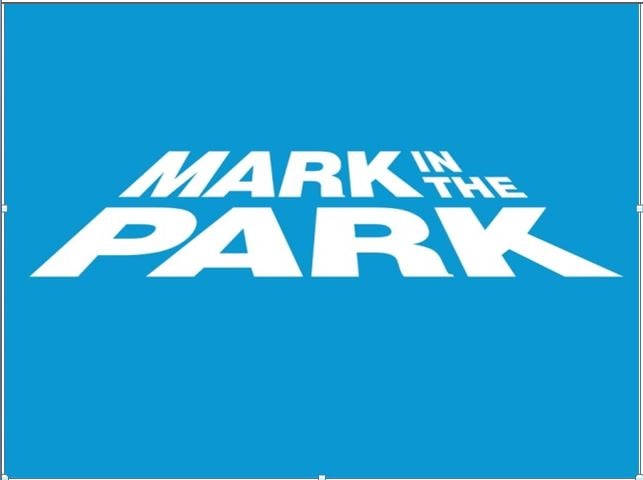 So I took it to Hyde Park and all the other Speakers’ Corners in the UK, then to cathedrals and schools, then to a prison, then to a sellout run at a secular theatre at the Edinburgh Festival Fringe, and finally on film for CMaxTV. By that stage it had acquired a new name: I AM MARK.

I tell this story because it illustrates my essential motivation in telling this tale. It’s great for Christians, don’t get me wrong. We churchgoers very seldom listen to the Gospels being read from beginning to end. Instead we read them in snatches. But this is not how they were originally intended to be read. Moreover in a largely oral culture, they were created to be read aloud, and performed as a dramatisation like I do it, not just recited. We lose the flavour and the finesse of God’s Word if we don’t have the opportunity to experience it in this way, in all its complexity and inter-connectedness. Not to mention the fact that, contrary to some people’s perceptions, Mark’s theology is extremely rich: it’s not just an exciting tale; it’s radical, revolutionary stuff, which, in my view, offers quite a challenge to polite Christianity.

But my adventure in the Car Park, particularly that divine invitation to perform in Parks, assured me that my main audience was meant to be the general public, not just Christians.

You say the Gospel of Mark was intended to be “performed” live and in one sitting. Please explain.

Many scholars now think that Mark’s Gospel was meant to be performed by one person, not just recited. We know this partly because Mark included lots of memory tags in the narrative, which was of course written in common Greek. A memory tag is a repeated phrase at various intervals to help with the lines learning process. My understanding is that various deacons (both male and female) were trained up to learn the text and then travel across the Roman world to perform before the fledgling Christian communities. I also like to think that it was performed before secular audiences in marketplaces. 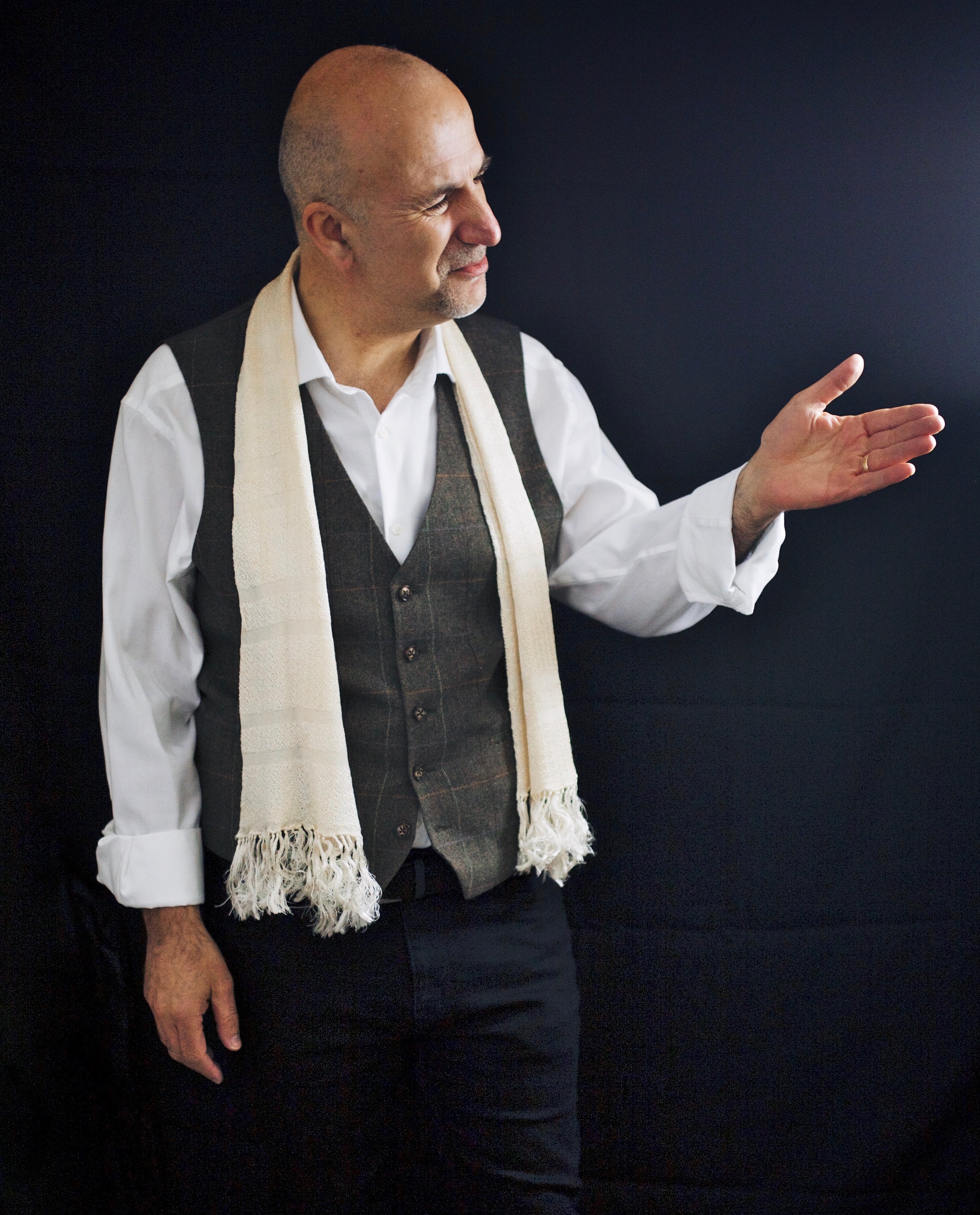 Why the chair and only the chair? Why don’t you use more props and costumes?

The chair is another character as well as being a prop. The chair makes this performance unique, in so far as the audience are constantly being surprised by how it’s employed. One moment it’s a fishing boat, the next it’s a mountain, or a pig, or a deaf person, or a demon-possessed boy, or a cornfield, or a tree, or a dinner plate, or a prison -- the list is endless. Here I have to thank my wonderful director, Lisa Gilmour, who came up with most of the ideas!

What happens to you when you act out the Gospel of Mark?

O my, what a good question! Well, when I’m on form, it’s a prayer more than anything else. I try to concentrate on Jesus, and imagine the scenes being enacted before me, and many many times I’ve found myself being swept away or utterly transported by the power of the words I’m proclaiming and what is happening on stage. They really are the word of God, you know, and they carry with them a power all of their own!

Click to tweet:
British actor Stefan Smart performs the complete Gospel of Mark on stage with all the fire and joy Mark himself must have felt. #catholicmom

This is a condensed version of the original interview, which can be read in full at Books for Catholic Kids.org.

I Am Mark is available in various formats from CMax.TV. 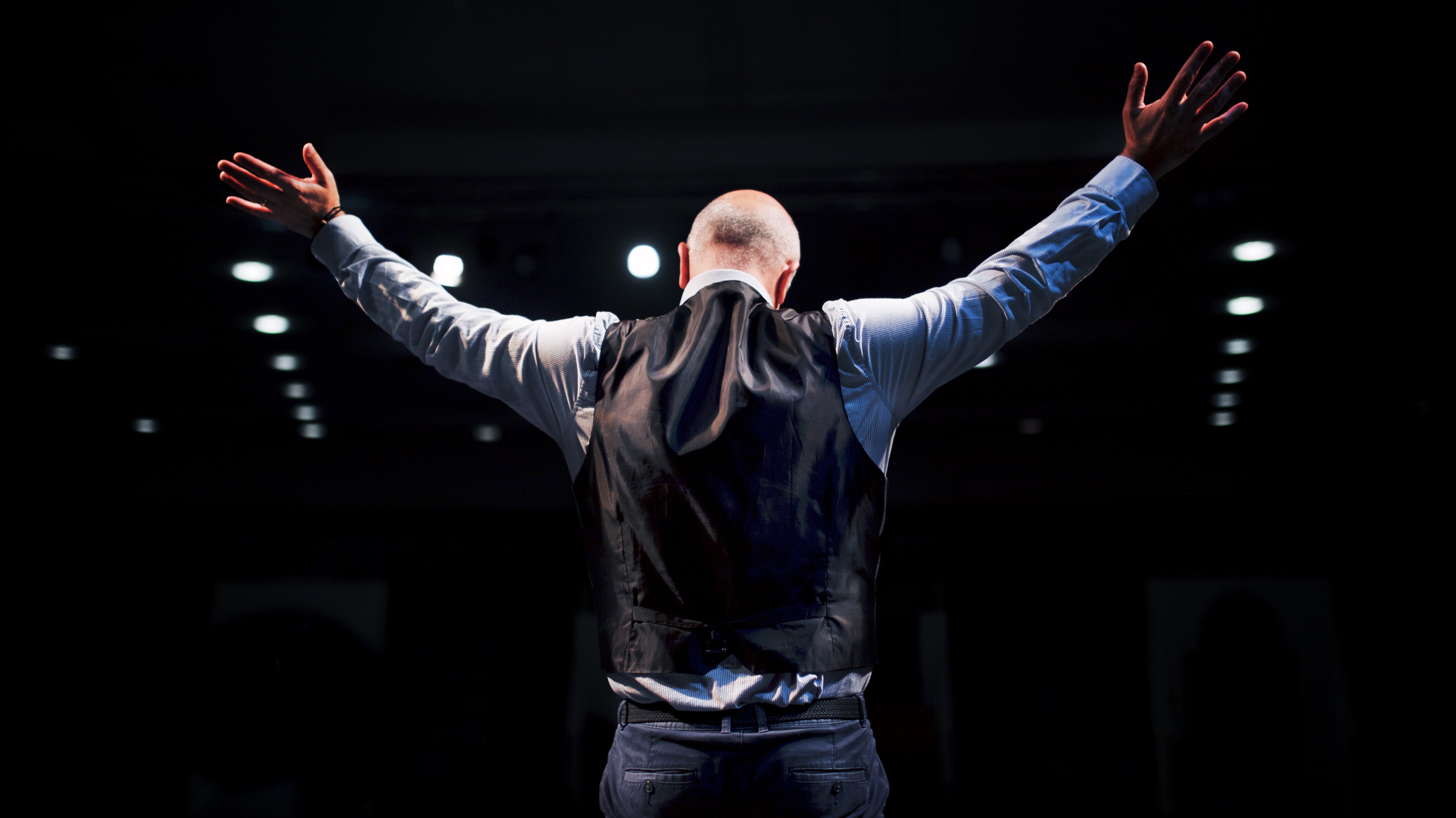