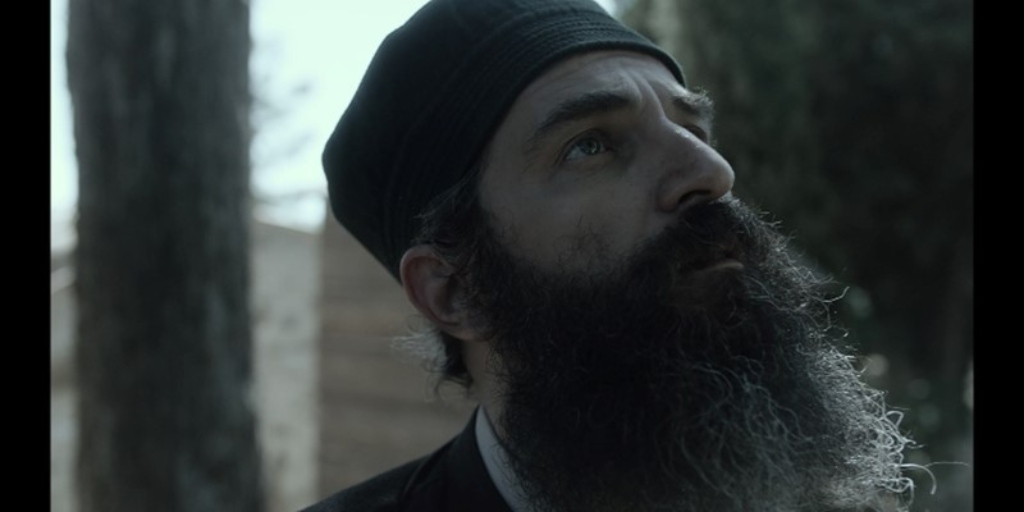 Man of God,  the inspirational and award-winning story of Saint Nektarios — one of the most beloved Greek orthodox saints — will be in theaters on Monday, March 28. For more information, visit Fathom Events.

When I attended a recent screening for the film MAN OF GOD, in theaters nationwide March 28, I walked in not knowing what to expect. The venue for the event was the beautiful Saint Sophia Greek Orthodox Cathedral in Los Angeles. While only a few miles from my home, this sacred spot was entirely new to me and the perfect backdrop for a film about the life of one of the Eastern Orthodox Church’s most beloved saints, Nektarios of Aegina. Our host for the evening, the Very Reverand John S. Bakas, welcomed us and introduced a special guest, the film’s writer-director Yelena Popovic. Father Bakas, the Dean of the Cathedral, set the stage for a night I’ll long remember.

I’ll admit to knowing nothing about St. Nektarios. One of the first people I met at the screening was a lovely woman who shared her devotion to this holy man and what he meant to her personal spiritual journey. So I was intrigued even before the first moments of the film. What struck me most about Nektarios was his profound piety and humility, especially in the face of institutional envy and political machinations which kept him from fulfilling what many felt was his destiny: to serve as patriarch. Instead, the holy man willingly accepted a fate akin to banishment and turned his efforts to lovingly serving the poor, writing voluminously on the faith, and establishing a monastic community for women on the small island of Aegina.

Since I always try to learn virtue lessons from saints that I can try to apply in my own life, MAN OF GOD was rich for me. From St. Nektarios, who will be for me a new spiritual friend and mentor, I learned the value and rich reward of accepting God’s will, even in the face of trials. Director Yelena Popovic’s artful cinematographic choices underscored the stark beauty of what has often been called one’s “dark night of the soul”. For Nektarios to not only survive what could drive many far from organized religion but also to keep his head down and to thrive is a reminder that we really never know what lies in store for us when we submit a humble fiat to God.

The well-known actor Mickey Rourke is notable for his brief but poignant portrayal of a paralyzed man who becomes the recipient of St. Nektarios’ first known miracle shortly after the holy man’s death. 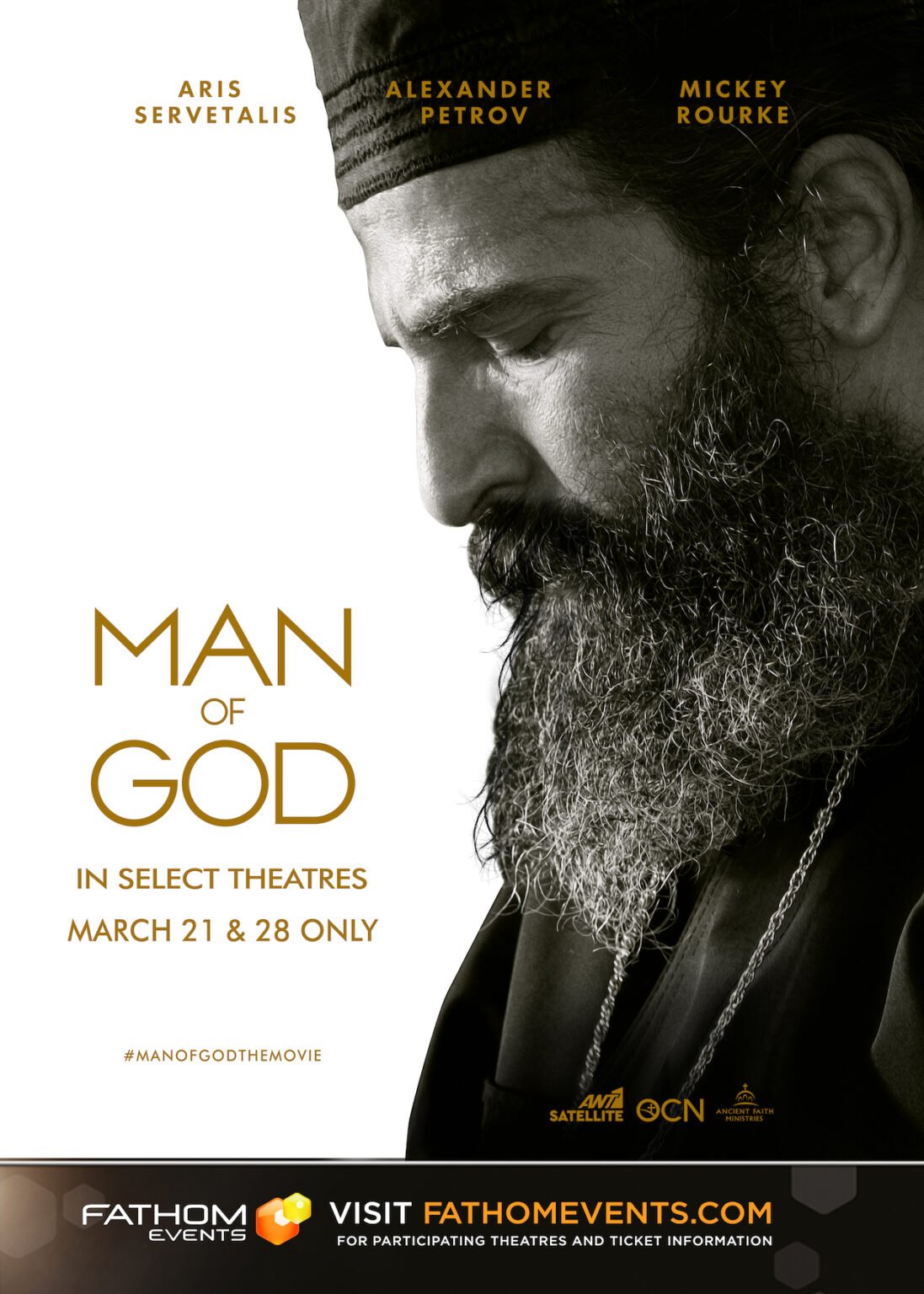 Exiled unjustly, convicted without a trial, slandered without cause. The life of St. Nektarios of Aegina was one of persecution and prosecution. A priest of the common people, his popularity provoked the jealousy of the clergy in Alexandria and as a result, he was defrocked and expelled from Egypt. In contrast to his religious “superiors”, Nektarios cared for the poor, taught peasant girls to read and write, and performed miracles. Even his last moment on earth was used to help another: upon his death, Nektarios’ undergarment was removed, and as it fell upon a paralyzed man in the hospital bed next to him, the lame man arose to walk. So, too, do we hope MAN OF GOD will awaken the paralyzed faith in audiences around the world.

“Man of God” artfully portrays the life of St. Nektarios, a man of profound humility and piety. A poignant reminder that true closeness to the Gospel message is to strive to lead a life of devotion and service.

Man of God,  the inspirational and award-winning story of Saint Nektarios—one of the most beloved Greek orthodox saints—will be in theaters on Monday, March 28. For more information, visit Fathom Events.

We need your input for the new Father Peyton Museum
Read
Togather: A Fruitful Mealtime Game for Busy Families
Read
Spotlight on the Catholic Momcast
Read